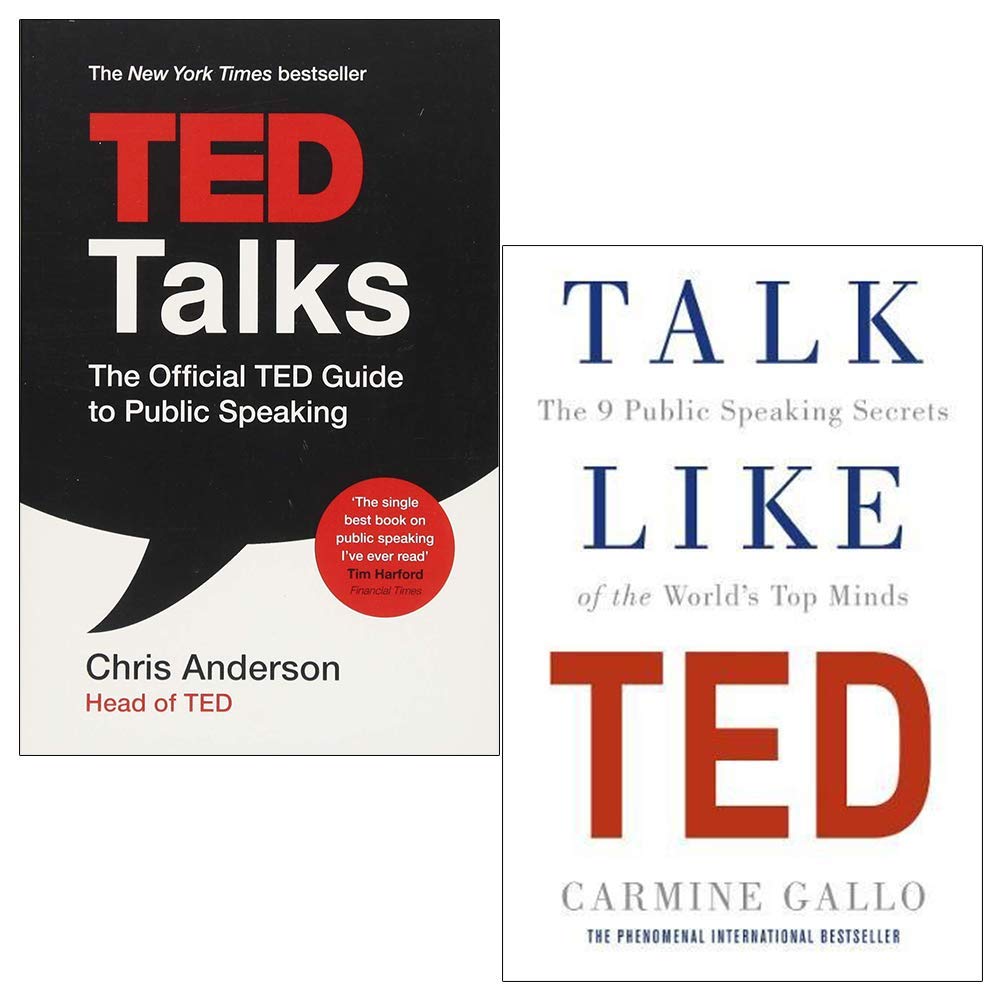 Please Note That The Following Individual Books As Per Original ISBN Supplied Individually by Publisher and As Per Cover Image In this Listing shall be Dispatched Collectively :

TED Talks-
The official TED guide to public speaking In Ted Talks Chris Anderson, head of TED, reveals the inside secrets of how to give a first-class presentation. Where books like Talk Like TED and TED Talks Storytelling whetted the appetite, here is the official TED guide to public speaking from the man who put TED talks on the world’s stage. ‘Nobody in the world better understands the art and science of public speaking than Chris Anderson. He is absolutely the best person to have written this book’ Elizabeth Gilbert.

Talk Like TED-
The 9 Public Speaking Secrets of the World’s Top Mind TED Talks have redefined the elements of a successful presentation and become the gold standard for public speaking around the world. And yet the techniques that top TED speakers use are the same ones that will make any presentation more dynamic, fire up any team, and give anyone the confidence to overcome their fear of public speaking.