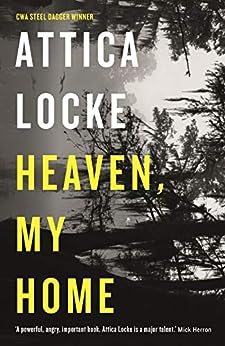 Longlisted for the Orwell Prize 2020

Nine-year-old Levi King knew he should have left for home sooner; instead he found himself all alone, adrift on the vastness of Caddo Lake. A sudden noise – and all goes dark.
Ranger Darren Mathews is trying to emerge from another kind of darkness; his career and reputation lie in the hands of his mother, who's never exactly had his best interests at heart. Now she holds the key to his freedom, and she's not above a little blackmail to press her advantage.
An unlikely possibility of rescue arrives in the form of a case down Highway 59, in a small lakeside town. With Texas already suffering a new wave of racial violence in the wake of the election of Donald Trump, a black man is a suspect in the possible murder of a missing white boy: the son of an Aryan Brotherhood captain.
In deep country where the rule of law only goes so far, Darren has to battle centuries-old prejudices as he races to save not only Levi King, but himself.