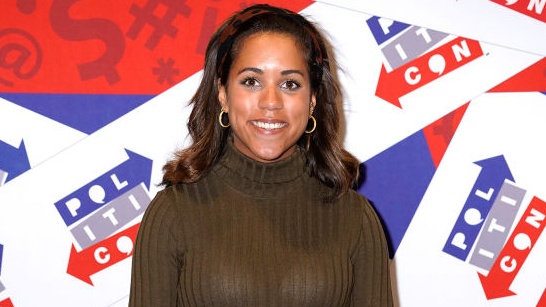 McCammond will oversee the magazine’s editorial strategy across its digital, video and social teams, The New York Times reports. In a memo, Teen Vogue officials said the journalist will take over in her new role on March 24.

“Alexi has the powerful curiosity and confidence that embodies the best of our next generation of leaders,” Anna Wintour, Vogue editor and chief content officer of Condé Nast, said. “Her interest in fashion, wellness and important issues in the lives of the Teen Vogue audience and broad knowledge of business leaders, elected officials, influencer, photographers, and filmmakers is unrivaled, and I’m so very pleased that she will be bringing her expertise and talents to our team.”

According to media and political website Mediaite, the youth-focused publication stopped circulating its print edition in 2017 and geared up its political coverage during the Donald Trump administration. McCammond, who has covered parts of the last two presidential administrations, broke stories about Trump’s daily schedule and his debate agenda against Biden last summer.

As Blavity previously reported, McCammond gave up her beat at Axios covering Biden earlier this year due to her relationship with his former aide TJ Ducklo. Shortly after the news broke, Axios leadership issued a statement supporting her decision and called her “a valued member” of its team.

The 27-year-old worked at Cosmopolitan and then as a news editor for Bustle, the Business of Fashion reports. She later joined Axios in 2017, breaking important news coverage on Trump and the historic 2020 election. In 2019, she was honored as the Emerging Journalist of the Year by the National Association of Black Journalists.

According to The New York Times, McCammond’s predecessor at Teen Vogue, Lindsay Peoples Wagner, was the youngest editor in chief of a Condé Nast magazine during her two-year term at the publication. In January, Wagner, 30, was named EIC at The Cut, a style and culture vertical at New York Magazine. Ahead of transitioning into her new role, McCammond said she is invigorated to start working to support the next generation of ambitious, forward-minded leaders and change agents. “Teen Vogue is the place where the next generation of our culture’s biggest influencers want to be,” the 27-year-old said. “I’m looking forward to working with the team to build a unique community of ambitious, curious and fashion-forward young leaders and help lift their voices so they can become our next great leaders, thinkers and artists.” Over the weekend, fashion website The Daily Front Row reported that Diana Tsui, an editorial director at The Infatuation, criticized Teen Vogue in hiring McCammond who was outed for past demeaning remarks made against members of the Asian community. “You cannot have an editor-in-chief with a history of racist tweets. Especially right now when we’re finally understanding that anti-racism can and should include Asian-Americans,” Tsui wrote on Instagram stories on Saturday.

According to The Daily Front Row, McCammond has since switched her own Instagram account to private. Neither the journalist, leadership at Teen Vogue, nor Condé Nast has released a public comment on the issue.