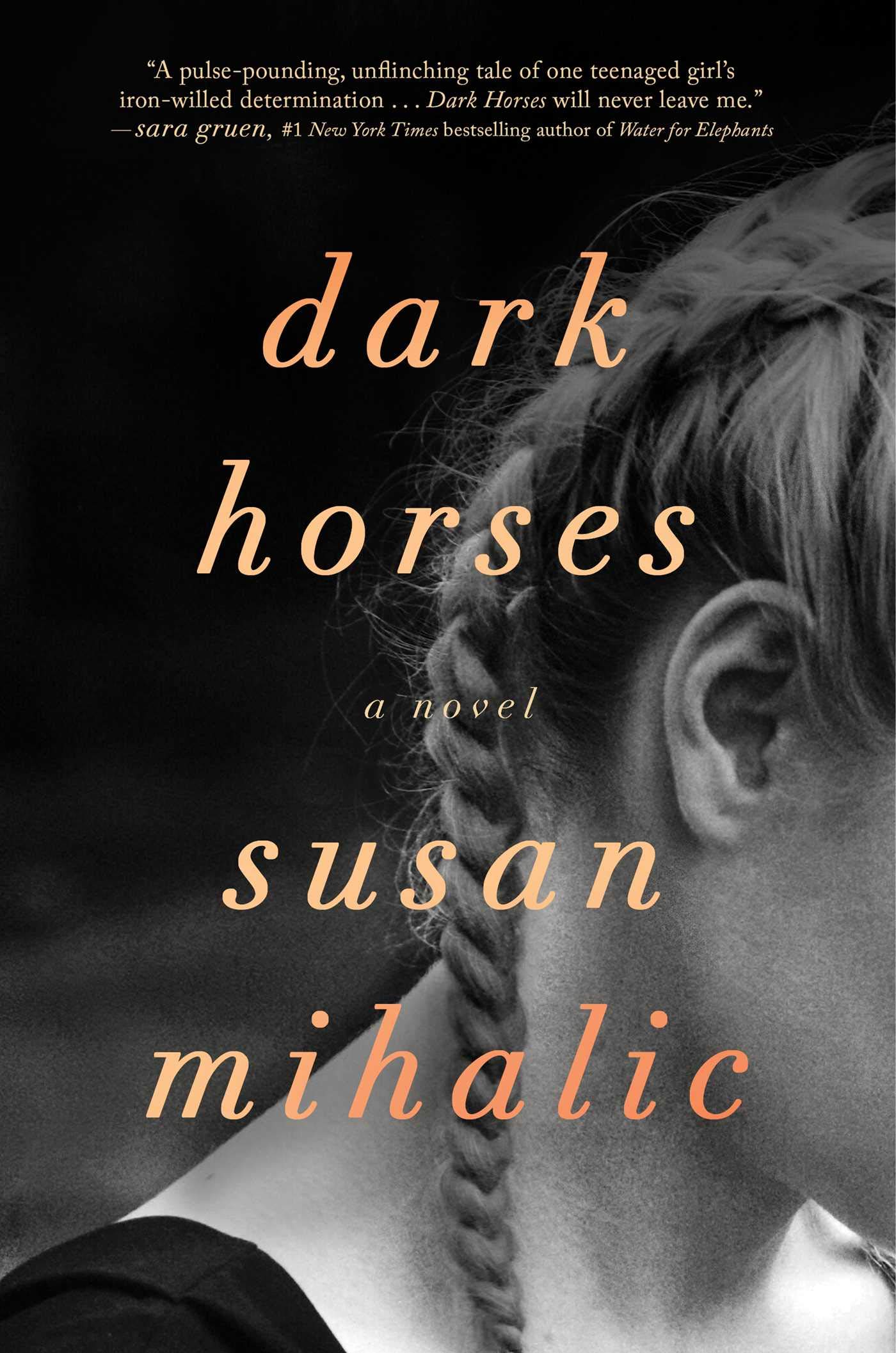 A darkly gripping debut novel about a teenage girl’s fierce struggle to reclaim her life from her abusive father.

Fifteen-year-old equestrian prodigy Roan Montgomery has only ever known two worlds: inside the riding arena, and outside of it. Both, for as long as she can remember, have been ruled by her father, who demands strict obedience in all areas of her life. The warped power dynamic of coach and rider extends far beyond the stables, and Roan’s relationship with her father has long been inappropriate. She has been able to compartmentalize that dark aspect of her life, ruthlessly focusing on her ambitions as a rider heading for the Olympics, just as her father had done. However, her developing relationship with Will Howard, a boy her own age, broadens the scope of her vision.

At the intersection of a commercial page-turner and urgent survivor story, Dark Horses takes the searing themes of abuse and resilience in Gabriel Tallent’s My Absolute Darling and applies the compelling exploration of female strength in Room by Emma Donoghue. In much the same way that V.C. Andrews’s Flowers in the Attic transfixed a generation of readers, Susan Mihalic’s debut is set to a steady beat that will keep you turning the pages.
Share With Love!