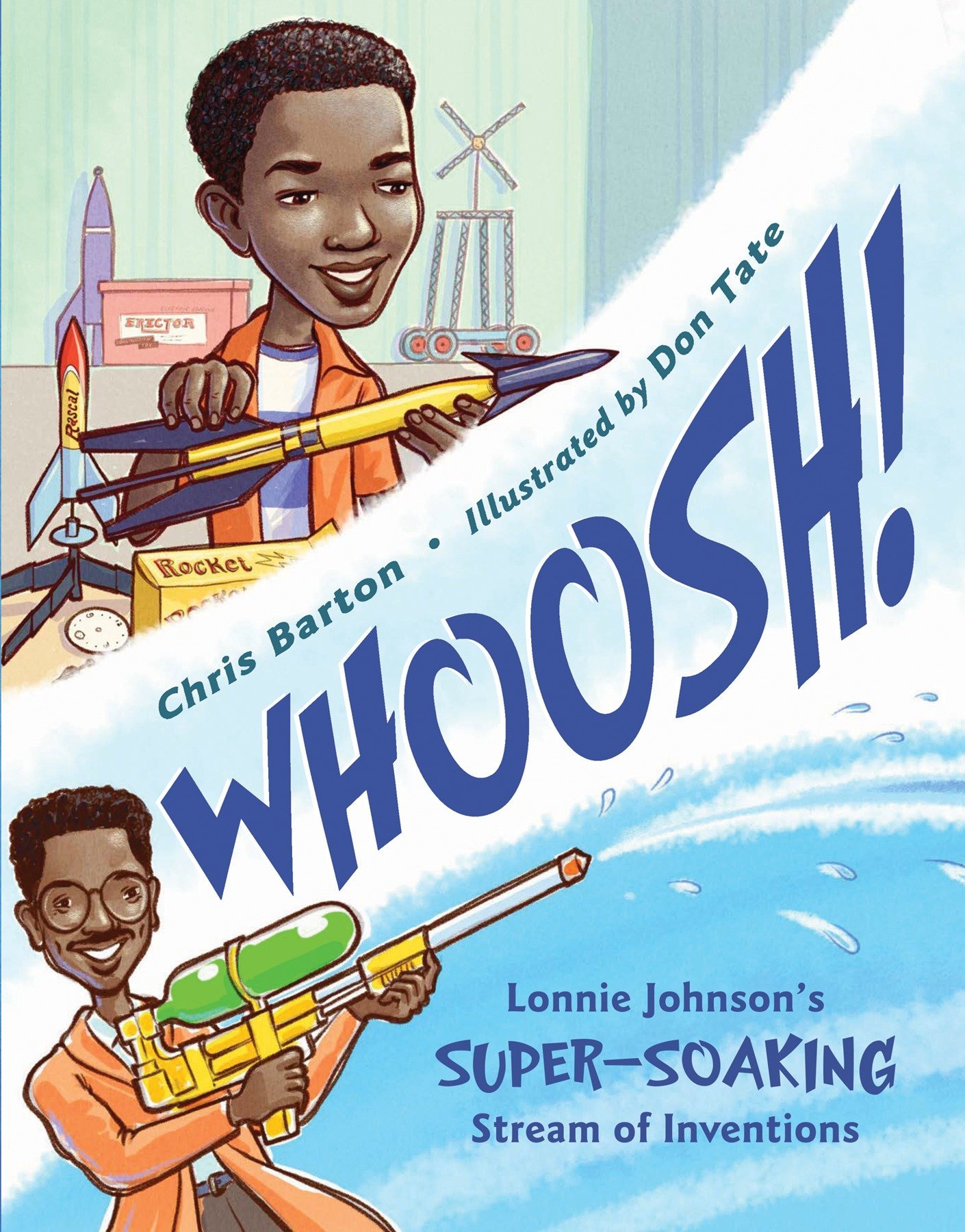 A cool idea with a big splash

You know the Super Soaker. It’s one of top twenty toys of all time. And it was invented entirely by accident. Trying to create a new cooling system for refrigerators and air conditioners, impressive inventor Lonnie Johnson instead created the mechanics for the iconic toy.

A love for rockets, robots, inventions, and a mind for creativity began early in Lonnie Johnson’s life. Growing up in a house full of brothers and sisters, persistence and a passion for problem solving became the cornerstone for a career as an engineer and his work with NASA. But it is his invention of the Super Soaker water gun that has made his most memorable splash with kids and adults.

From the Author’s Note

What was most appealing to me about Lonnie Johnson’s story was the fact that it was still unfolding. He didn’t just take his Super Soaker money and retire young. Instead, he directed it toward hands-on efforts to solve one of the most important engineering puzzles of our day. His mission? To efficiently harness heat energy—from the sun and other sources—in order to generate the electricity we need without polluting the planet.

I loved talking with Lonnie Johnson for this book. . . . It’s no surprise that today, even as he continues his own work, Lonnie Johnson makes time to encourage the efforts of tomorrow’s scientists and engineers.

I hope that this book will encourage them, too.