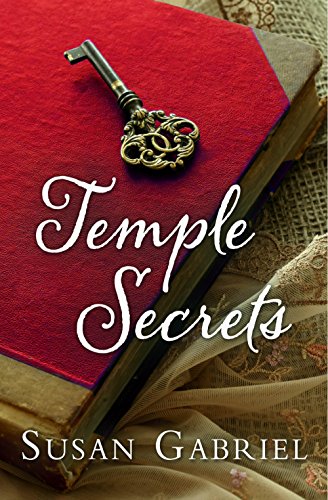 A town held together with secrets. A wealthy widow looking for an heir. Her choice could shame high society into submission.

Eighty-year-old Southern aristocrat Iris Temple’s health may be failing, but her wit is as sharp as ever. Before she joins her ancestral ghosts, she must pick an heir to take over her sprawling estate—and the book of secrets that’s kept her family in power for generations. But between her scheming son, her estranged daughter who abandoned Savannah years ago, and her illegitimate half-sister, she’s working with slim pickings.

While only her half-sister and cook have put up with her outlandish diet and constant bickering, she can’t ignore the powerful hold her late father’s 100-year-old mistress has over the two women. When someone leaks embarrassing snippets from the Temple family book, she half suspects the voodoo-practicing centenarian as the elites of Savannah teeter on the edge of revolt. With Iris fading fast, her ragtag bunch of potential heirs must reveal the leaker before the book’s secrets tear the sleepy town apart.

Temple Secrets is a hilarious women’s fiction novel with a Southern gothic flair. If you like wisecracking humor, headstrong women, and twisty mysteries, then you’ll love Susan Gabriel’s compelling tale of an unconventional inheritance.