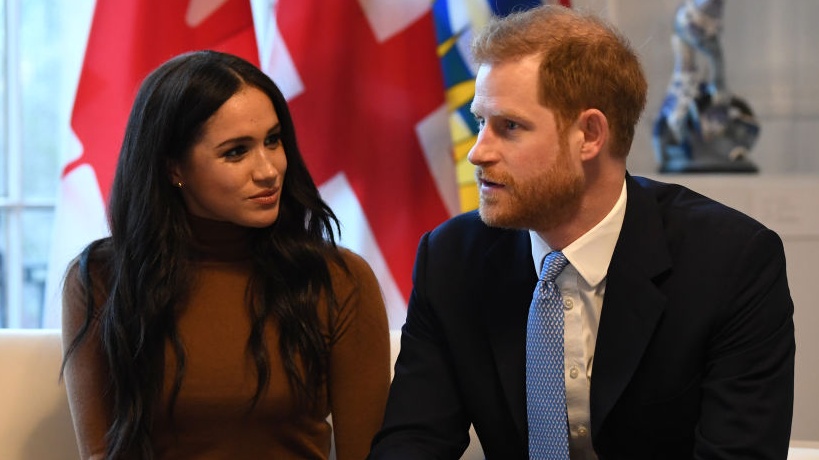 Shortly after announcing that they’re welcoming their second child into the world, Meghan Markle and husband Prince Harry have been stripped of their royal titles in an on-going feud with the Royal Family.

Earlier this month, Buckingham Palace officials announced that the Duke and Duchess of Sussex “will not be returning as working members of the Royal Family,” and would be stripped of any official royal titles, People Magazine reports.

In January 2020, the married couple announced that they were planning to step away from the Royal Family. In their original arrangement with Queen Elizabeth II, they were allowed to keep their patronage and agreed to uphold the Queen’s values.

However, sources within the Palace told People that a barrier to bridging the relationship between Harry and his grandmother comes from the couple’s commercial endorsement with companies like Netflix and Spotify. It’s the Queen’s view that members of the Royal Family prioritize public service over personal wealth.

People also reports that a statement from the Palace said the Queen declared that in stepping away from royal work, “it is not possible to continue with the responsibilities and duties that come with a life of public service.”

Palace officials said Prince Harry, 36, will lose his honorary military appointments, which will eventually be reallocated “among working members of The Royal Family.” He would retain his role in the Invictus Games Foundation, which hosts a set of Paralympic-style contests for service members. Additionally, Harry will continue his work with AIDS/HIV relief efforts in South Africa for families and sick children.

Markle, 39, will maintain her work with animal welfare charity Mayhew, and Smart Works Charity, an organization that connects women with professional attire for interviews and other career opportunities.

In response to the Queen’s decision to strip their titles, the couple’s team released a statement saying that they are committed to serving people of the U.K. and those in need abroad. They said they will continue to support the charities and philanthropy work they are involved in, regardless of their official roles or titles.

“We can all live a life of service. Service is universal,” the statement read.

English publication Mirror reports that Queen Elizabeth decided long ago who would take over the couple’s titles, and is set to “announce her choices to the Royal Family in the coming weeks.”

Yahoo! Entertainment suspects that Princess Anne will take over Harry’s role as Captain General of the Royal Marines, while Prince Edward or his wife Sophie may potentially fulfill Meghan’s position as National Theater patron.

Despite the public family feud, Palace officials shared with People that there is some hope among those close to Harry and his brother Prince William that the sides may come to amicable terms as they squash the disagreement of how to be a royal.