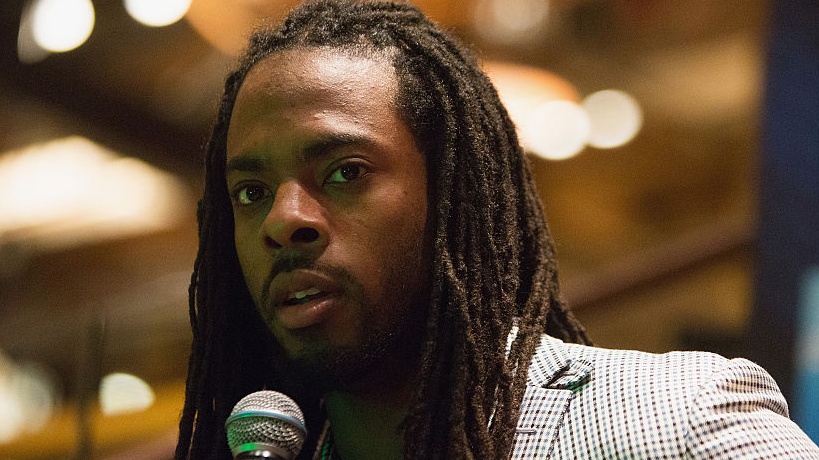 Around 1:49 a.m., someone called Redmond police from his in-laws’ home, saying Sherman was trying to enter the residence.

When officers arrived at the scene they tried to keep Sherman calm, but the incident escalated when officers informed the 33-year-old that he was under arrest.

Officials say Sherman’s demeanor changed and he tried walking away from the arresting officer. Another officer saw what was happening and released a K-9 to prevent Sherman from getting away. As a result, Sherman sustained minor injuries to his lower leg and was treated at a local hospital before being taken to jail.

During the 911 call, Sherman’s wife, Ashley Moss, can be heard telling dispatchers “He’s trying to leave now. He’s being aggressive. He’s wrestling with my uncle.”