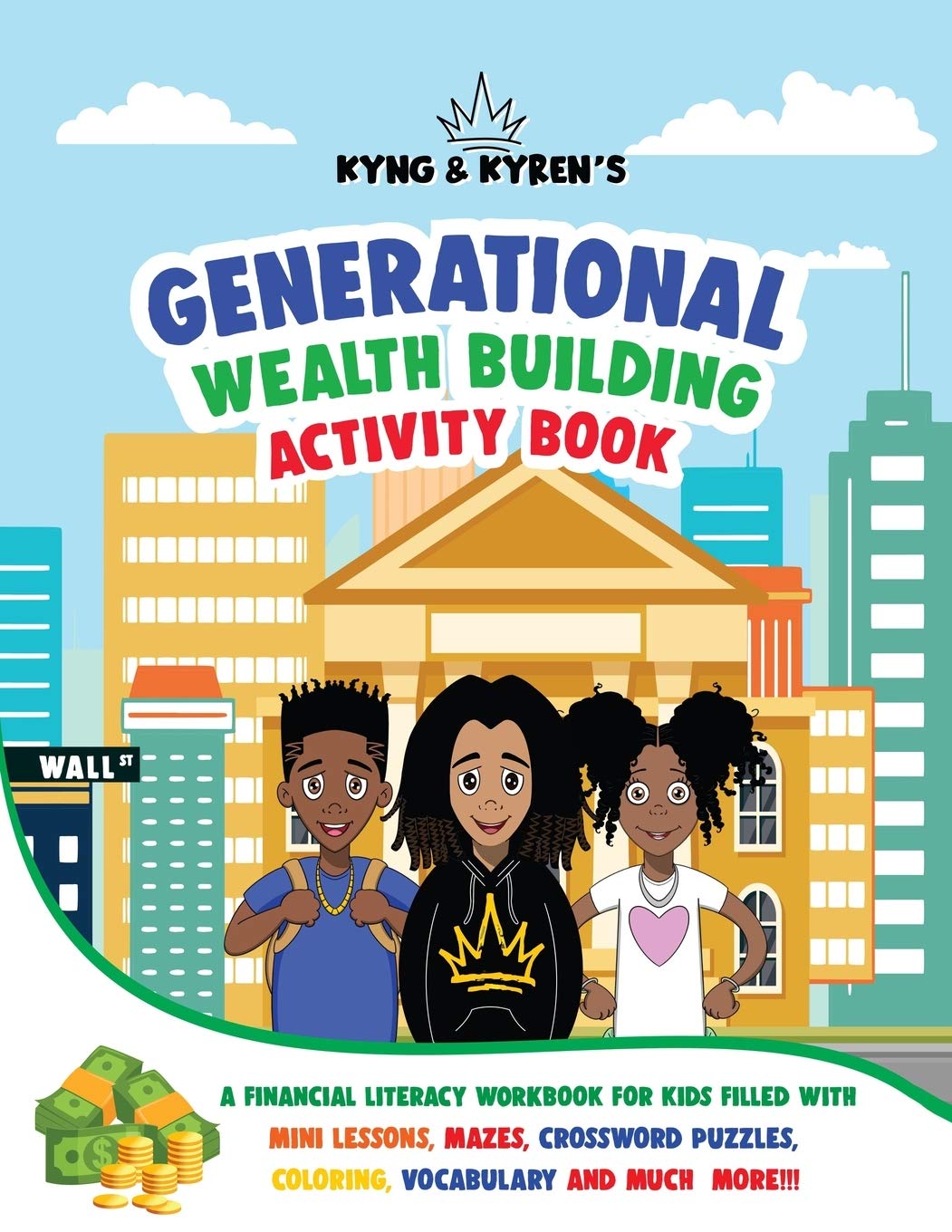 ★ It’s never too early, or too late, to learn and apply knowledge. ★

And that is exactly what this amazing book will show you. You may have noticed how schools teach a lot of different things, but somehow, they miss certain important aspects of adult life, such as personal finances, how to build wealth and general financial literacy. That is where this book comes in, as this book will teach your child everything that was mentioned, and more.

✓ Give your kids a head start in life, and help them be the best possible version of themselves. ✓

By buying this book, you’re investing in your child’s future, and giving them a springboard from which they can be successful and prosper in this modern, but often complicated world.

⚠ So, what are you waiting for? It’s never too early or too late to become financially literate. Inspire your child today and get started on building the fundamental blocks of financial literacy by buying this book now! ⚠

When Kyren Gibson became a dad he realized he needed to change his life, leave the streets behind him and build a legacy for his son, Kyng. Kyren began to research how to increase generational wealth. He focused on nurturing his son and teaching him that work ethic is key; when paired knowledge. The duo began to post various videos online with one of now 8-year old Kyng showcasing his deep understanding of financial terms going viral. Kyren realized there was an opportunity to educate his community about finances by making learning fun, engaging, and motivating. He could help the African-American community build legacies instead of debt.
Kyren and Kyng went into their second partnership now as businessmen. They created “Kyng & Kyren” an educational tool and motivational speaking platform with the goal of empowering their community through wealth and knowledge.

“Instead of waiting for our next great leader like sheep, I’ll step up and be the shepherd that’ll lead and show our people the way!” – Kyren Gibson

REVIEWS:
“I was learning along with my daughter.”

“Excited for this book! And it was worth it!”

“Finally a book about money with kids who look like us.”

“This book is breaking generational curses for sure! Thank you.”