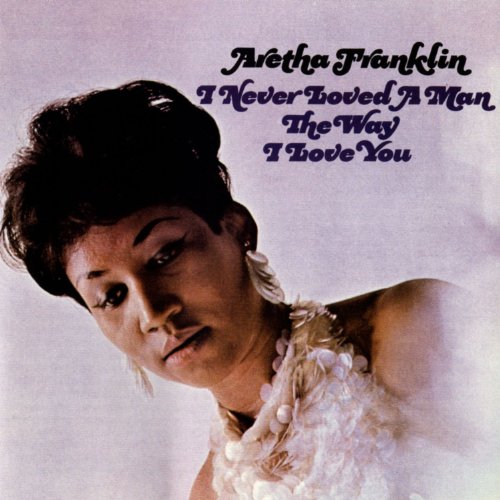 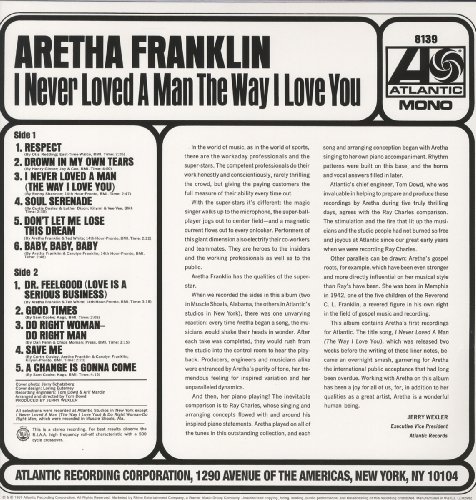 Vinyl LP pressing. Having created her first recordings as a Gospel artist at the tender age of 14, Aretha Franklin went on to become the most charted female artist in Billboard’s history. Releasing a staggering 88 charted singles on Billboard, Aretha was the winner of 18 Grammy awards including ‘Best Female R&B Vocal Performance’, ‘Best Soul Gospel Performance’ and ‘Best Rhythm & Blues Recording’. Having sold over 75 million records worldwide she is regarded as an American treasure, in 1987 becoming the first woman to be inducted in the Rock and Roll Hall of Fame. Released in 1967 I Never Loved a Man the Way I Love You was Aretha’s breakthrough studio album, including the first two of Aretha’s 20 #! hit singles “I Never Loved a Man (The Way I Love You) and her signature song “Respect”.