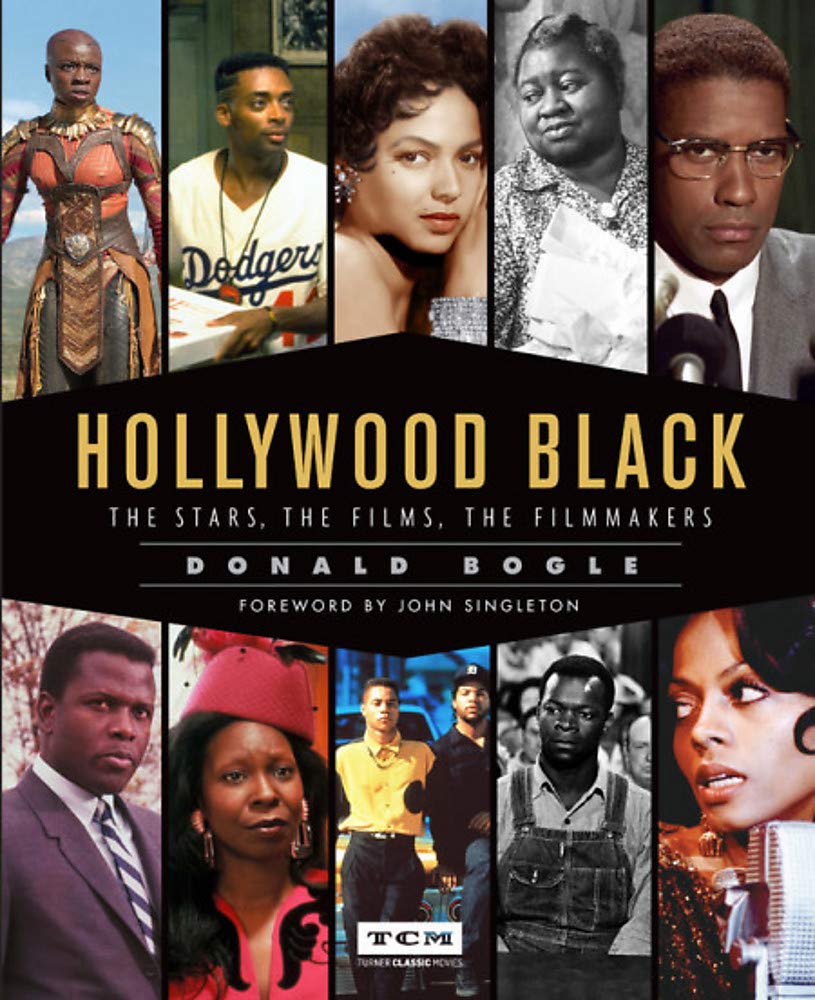 The films, the stars, the filmmakers-all get their due in Hollywood Black, a sweeping overview of blacks in film from the silent era through Black Panther, with striking photos and an engrossing history by award-winning author Donald Bogle.

The story opens in the silent film era, when white actors in blackface often played black characters, but also saw the rise of independent African American filmmakers, including the remarkable Oscar Micheaux. It follows the changes in the film industry with the arrival of sound motion pictures and the Great Depression, when black performers such as Stepin Fetchit and Bill “Bojangles” Robinson began finding a place in Hollywood. More often than not, they were saddled with rigidly stereotyped roles, but some gifted performers, most notably Hattie McDaniel in Gone With the Wind (1939), were able to turn in significant performances.

In the coming decades, more black talents would light up the screen. Dorothy Dandridge became the first African American to earn a Best Actress Oscar nomination for Carmen Jones (1954), and Sidney Poitier broke ground in films like The Defiant Ones and1963’s Lilies of the Field. Hollywood Black reveals the changes in images that came about with the evolving social and political atmosphere of the US, from the Civil Rights era to the Black Power movement. The story takes readers through Blaxploitation, with movies like Shaft and Super Fly, to the emergence of such stars as Cicely Tyson, Richard Pryor, Eddie Murphy, and Whoopi Goldberg, and of directors Spike Lee and John Singleton.

The history comes into the new millennium with filmmakers Barry Jenkins (Moonlight), Ava Du Vernay (Selma),and Ryan Coogler (Black Panther); megastars such as Denzel Washington, Will Smith, and Morgan Freeman; as well as Halle Berry, Angela Bassett, Viola Davis, and a glorious gallery of others.

Filled with evocative photographs and stories of stars and filmmakers on set and off, Hollywood Black tells an underappreciated history as it’s never before been told.