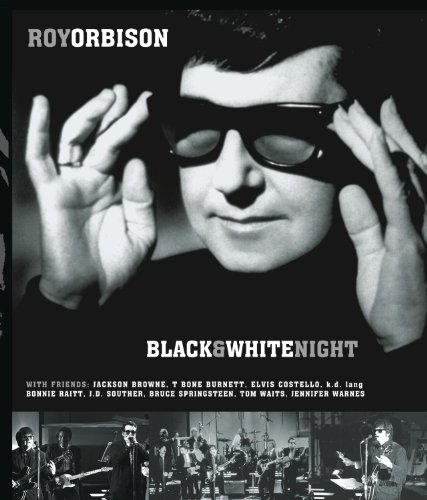 Reissue of this classic television special originally broadcast on January 3, 1988 starring Hall of Fame singer/songwriter Roy Orbison. The special was filmed entirely in black and white. Put together by musical director T-Bone Burnett, Orbison was accompanied by a supporting backing band which included many notable musical performers. All were fans who volunteered to participate in the special. Other celebrity admirers of Orbison were in the audience, including Billy Idol, Patrick Swayze, Sandra Bernhard, and Kris Kristofferson. The backing band was the TCB Band, which accompanied Elvis Presley from 1969 until his death in 1977. Male background vocalists, some of whom also joined in on guitar, were Bruce Springsteen, Tom Waits, Elvis Costello, Jackson Browne, J.D. Souther, and Steven Soles. The female background vocalists were k.d. lang, Jennifer Warnes, Cindy Bullens and Bonnie Raitt.