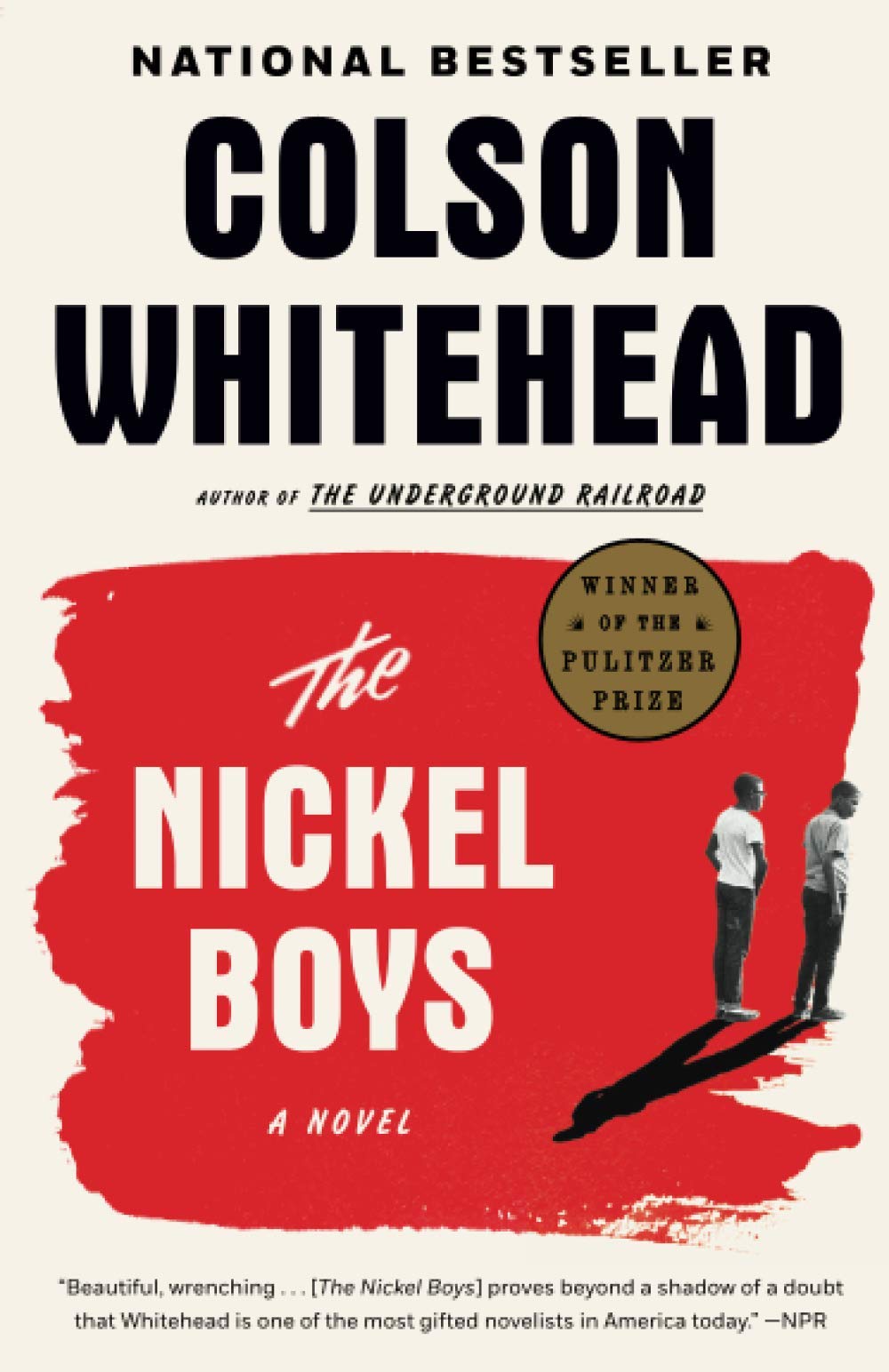 In this Pulitzer Prize-winning, New York Times bestselling follow-up to The Underground Railroad, Colson Whitehead brilliantly dramatizes another strand of American history through the story of two boys unjustly sentenced to a hellish reform school in Jim Crow-era Florida.

When Elwood Curtis, a black boy growing up in 1960s Tallahassee, is unfairly sentenced to a juvenile reformatory called the Nickel Academy, he finds himself trapped in a grotesque chamber of horrors. Elwood’s only salvation is his friendship with fellow “delinquent” Turner, which deepens despite Turner’s conviction that Elwood is hopelessly naive, that the world is crooked, and that the only way to survive is to scheme and avoid trouble. As life at the Academy becomes ever more perilous, the tension between Elwood’s ideals and Turner’s skepticism leads to a decision whose repercussions will echo down the decades.

Based on the real story of a reform school that operated for 111 years and warped the lives of thousands of children, The Nickel Boys is a devastating, driven narrative that showcases a great American novelist writing at the height of his powers and “should further cement Whitehead as one of his generation’s best” (Entertainment Weekly).

WINNER OF THE PULITZER PRIZE

WINNER OF THE KIRKUS PRIZE

LONGLISTED FOR THE NATIONAL BOOK AWARD

LONGLISTED FOR THE ORWELL PRIZE FOR POLITICAL FICTION 2020