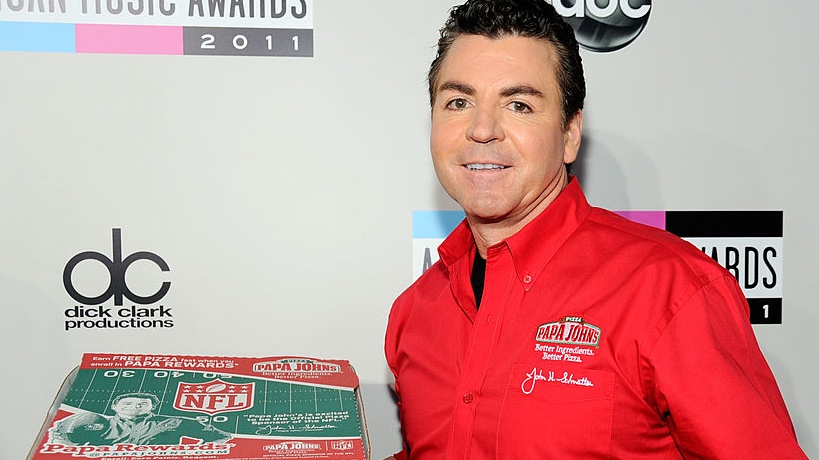 John Schnatter, the former Papa John’s chairman who was ousted from the pizza chain in 2018 after allegedly using a racial slur, tried to defend himself during an interview on Monday while also contradicting his own statement.

Speaking with the far-right network OAN, the ex-CEO said he “has no history of racism,” but he has been trying to stop saying the n-word.

“They know he’s not a racist,” Schnatter said about himself. “I used to just lay in bed and go, ‘How did they do this?’ And we’ve had three goals for the last twenty months; Get rid of this n-word in my vocabulary and dictionary, and everything else because it’s just not true. Figure out how they did this and get on with my life.”

disgraced ex-Papa John’s man mad company alleging @PapaJohns targeted him, knows “he’s not a racist.” This said seconds before telling OAN he’s been “working for months to get the n-word out of his vocabulary” pic.twitter.com/nQbuxPrPng

The 59-year-old, who was making controversial comments about national anthem protests by NFL players in 2018, faced backlash in the same year when he was overheard in a recording using the n-word during an internal sensitivity training conference call, Yahoo reported.

“I used the N-word … because I was trying to make a point that I wasn’t going to do that, that’s not what we’re about,” the Papa John’s founder said after the tape came out. “My comments were anti-racist.”

The Papa John’s founder said he was targeted because some of the board members were jealous of him. He also blamed Roger Goodell, saying the NFL commissioner was mad at him because he was pressuring him to stop the players’ protests of the national anthem.

“All the stars were aligned with one motive,” the businessman said. “That is to get rid of me.”

Last week, the U.S. District Court for the Western District of Kentucky ordered to unseal an amended complaint filed by Schnatter. The complaint refers to a hot-mic conversation between several executives who criticized the former CEO’s behavior after he left a conference call.

Schnatter said he criticized a well-known public figure for using a racial slur during the call, but the executives allegedly discussed how they can use the words against him.

The disgraced CEO was shamed after Forbes received a secretly taped audio of him using the N-word during the meeting in 2018.