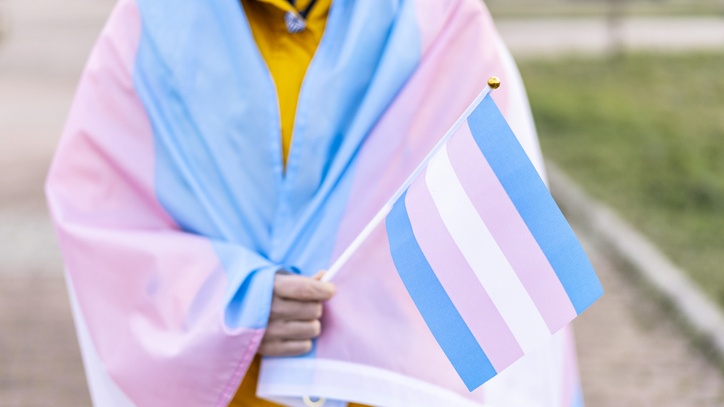 RK Russell, an NFL veteran who played three seasons for the Dallas Cowboys and the Tampa Bay Buccaneers, is speaking out for trans athletes who are being denied the opportunity to play sports. Russell expressed his thoughts in an essay for The Guardian, describing the role sports played in his life and explaining why trans people must have the same chance.

On Wednesday, the majority GOP Florida House approved a legislation banning transgender athletes from playing girls’ sports, Politico reported. According to the GOP lawmakers, the bill protects the “sanctity of women’s sports.” Opponents of the measure, however, says its intended to “legalize bullying” for transgender students.

“HB 1475 is purely political, and it plays on the fears and the ignorance about the transgender community in order to score partisan points,” state Rep. Carlos Guillermo Smith, an openly gay lawmaker, told reporters.

In Russell’s op-ed, the Dallas native said sports were one of his few options while growing up.

“As a Black man I had options, but they were limited,” he wrote. “I was from a single-parent family in a lower income bracket and my windows of opportunity narrowed as time went on. Still I had one way out, one thing that would break every window of possibility open and propel me through the ceiling of others’ expectations straight into the stratosphere. I was given an opportunity in football. I found love there.”

“As a young Black boy in conservative Texas, there were very few places outside the locker room and on the field where I felt safe and supported. Football at its heart didn’t care about my skin color,” he said, showing gratitude for Jackie Robinson, Jesse Owens, Althea Gibson, Arthur Ashe and many others who fought to give him the opportunity.

For trans kids, however, there are discriminatory legislations standing in the way of their opportunities.

“I first read about the anti-trans legislation being signed into law and pushed to our youth through an article about women’s sports,” Russell said. “About protecting cis-gendered girls from the participation of trans girls in what was written as, ‘an unfair advantage’, or ‘an attack on women’s athletics’, both of which by science and reason are untrue.”

The Florida bill, which now goes to the senate, is being modeled in more than 20 other states who are aiming to limit the rights of transgender athletes. The NCAA, however, issued a warning on Monday, saying some locations will be ineligible to host future championship games if they don’t treat all student athletes with “dignity and respect.”

“When determining where championships are held, NCAA policy directs that only locations where hosts can commit to providing an environment that is safe, healthy and free of discrimination should be selected,” the board said in a statement. “We will continue to closely monitor these situations to determine whether NCAA championships can be conducted in ways that are welcoming and respectful of all participants.”

According to NBC News, Mississippi, Tennessee, Arkansas and Idaho have enacted measures which are specifically designed to bar trans girls from participating in sports. In Idaho, a federal judge stopped the law from taking effect.

“The locker room is a place that, regardless of what going on in your day to day life, you should feel a part of something great, powerful, and welcoming. LGBTQ+ people and trans people need that more than anyone,” Russell wrote. “We need to defend ourselves and our trans youth. We need to defend equality.”