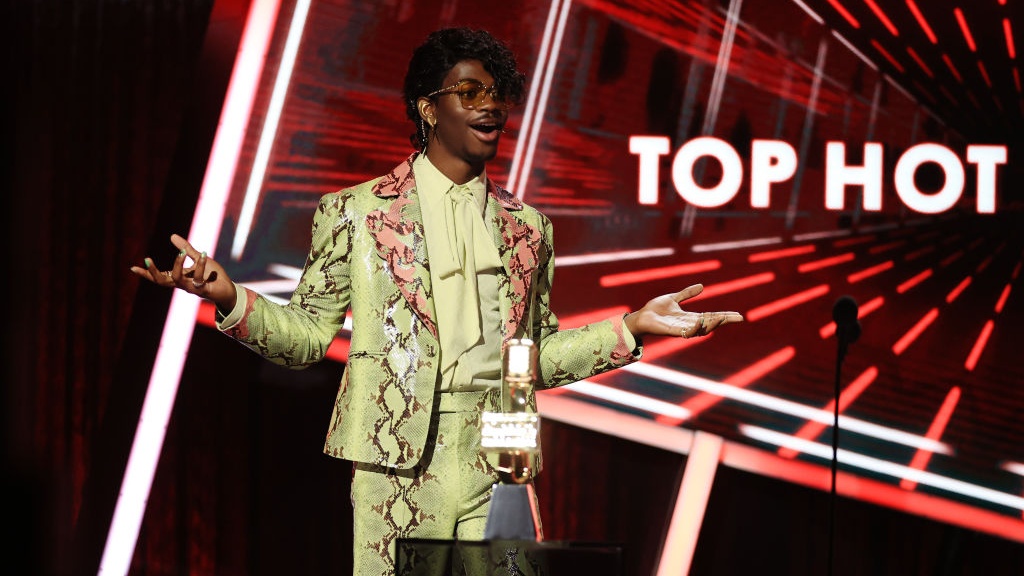 Artists Dominic Fike and Lil Nas X shared a juicy make-out session in their new video for “Count On Me,” directed by Kevin Abstract and BROCKHAMPTON collaborator, Dan Streit. The video starts with the two artists talking about their music taste as they drive along an empty road in a Jeep with the roof open.

“Who do you listen to in music lately?” Nas X asks Fike.

“Really old bands. You probably wouldn’t know any of them,” the singer said in response.

He then mentions Radiohead as an example.

“Who the f**k is Radiohead?” Nas X comically responds.

“I guess they’re not that old,” Fike says as the two artists burst into laughter.

As they arrive at an isolated destination after driving all day, the duo walk through the dark woods and sit next to each other on a tree stump. The video then shows the pair turning into wacky cartoon figures. Meanwhile, the colors around the singers saturate while wild animals randomly flash in front of them.

The duo continue to laugh, joke and dance with each other until they finally calm down and sit next to each other. That’s when Nas X pulls Fike to initiate the sensual make-out session. Their bodies entangle and morph into one as the video comes to a close.