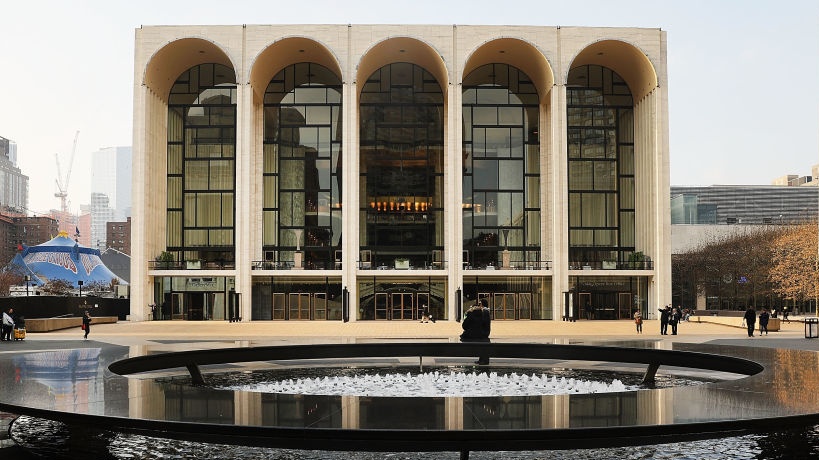 The opera community is in mourning since it was announced that Antoine Hodge, a well-known singer who had performed across the country, died on Feb. 22 from complications related to COVID-19, according to The New York Times.

Hodge, 38, passed away at AdventHealth Orlando hospital in Orlando, Florida, where he had been transported for special treatment as he battled the coronavirus.

His sister Angela Jones wrote an emotional Facebook message about his passing.

“Antoine baby if I knew you coming home to visit us for Christmas was my last time hugging you, I would have held you tight and never let go. On this earth, life without you will never be the same. We still had so much to do. I trust the lord has you very close. Heaven has gained a sweet, loving, and kind Angel. RIH Bear we love you always,” Jones wrote.

“We all took covid very serious. Our entire family was sick. Y’all be safe out there. My brother had Opera singers lungs and covid destroyed them,” she added.

Hodge was a beloved singer who had performed with more than a dozen professional opera companies, including the Charlottesville Opera in Virginia, Opéra Louisiane in Baton Rouge, Metropolitan Opera, the Lyric Opera of Chicago, the Atlanta Opera and Opera Colorado.

In 2019, he got one of his first big breaks, scoring a solo in a production of Porgy and Bess.

He wrote excitedly about the role on Facebook, noting how much it meant to him.

“I get to add my name to history in the most beautiful and meaningful way. Not only am I lending my talents to one of the most important opera stages in the world, but I get to do it with an incredible cast of beautiful black souls. Not only that, but I get to call myself a ‘featured soloist,'” Hodge wrote.

“I always said I wanted to sing on that stage any way I could. It never mattered to me whether I was a principal artist or an ensemble member as long as I got to do it. And here we are. I’m excited, nervous, anxious, thrilled, and every other kind of emotion. It’s been an incredible experience so far I cannot wait for people to see what we have created!” he said.

In addition to his opera performances, he regularly performed classics like “Mozart Requiem,” Handel’s “Messiah” and Beethoven’s “Symphony No. 9.” at concerts. He also occasionally sang at New York’s Fifth Avenue Presbyterian Church.

The Albany, Georgia native leaves behind his mother, father and two sisters. He got his bachelor’s degree in music from Georgia State University in 2006.

Many online noted that he often worked side gigs on the New York theater scene to make extra money, helping escort stars like Glenn Close and Adam Driver at the Hudson Theater.

His family members and roommates told The New York Times he had been excitedly awaiting the upcoming return of Porgy and Bess with the Metropolitan Opera set to reopen in the fall.