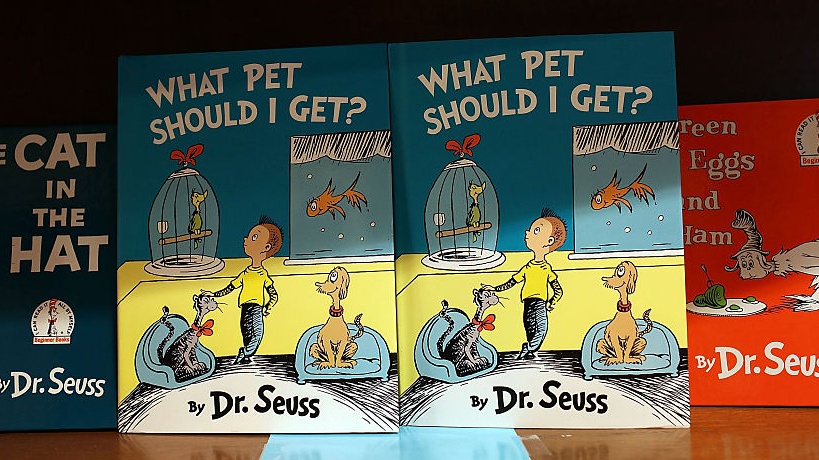 Dr. Seuss Enterprises has announced that it will stop publishing six of its books because of racist and insensitive imagery. The six books include And to Think That I Saw It on Mulberry Street, If I Ran the Zoo, McElligot’s Pool, On Beyond Zebra!, Scrambled Eggs Super! and The Cat’s Quizzer.

“These books portray people in ways that are hurtful and wrong,” Dr. Seuss Enterprises told the Associated Press on the late author’s birthday. “Ceasing sales of these books is only part of our commitment and our broader plan to ensure Dr. Seuss Enterprises’ catalog represents and supports all communities and families.”

The company, which preserves the author’s legacy, said the decision to stop publishing the books was made last year.

“Dr. Seuss Enterprises listened and took feedback from our audiences including teachers, academics and specialists in the field as part of our review process,” the company said. “We then worked with a panel of experts, including educators, to review our catalog of titles.”

A 2019 study published in the journal Research on Diversity in Youth Literature examined some of the controversial books. According to the research which looked at 50 Dr. Seuss books, 43 out of the 45 characters of color have “characteristics aligning with the definition of orientalism,” or the stereotypical portrayals of Asia. The study adds that two African characters have anti-Black characteristics.

Two of the controversial books examined by the researchers included If I Ran the Zoo and The Cat’s Quizzer: Are YOU Smarter Than the Cat in the Hat?

The Cat’s Quizzer, according to the study, features a Japanese character who is referred to as “a Japanese.” The character, who is drawn with a bright yellow face, stands on what appears to be Mt. Fuji.

Looking at the other questionable story, If I Ran the Zoo, the researchers pointed to more examples of orientalism and white supremacy.

“The three (and only three) Asian characters who are not wearing conical hats are carrying a white male on their heads in If I Ran the Zoo. The white male is not only on top of and being carried by these Asian characters, but he is also holding a gun, illustrating dominance. The text beneath the Asian characters describes them as ‘helpers who all wear their eyes at a slant’ from ‘countries no one can spell,'” the researchers wrote.

Dr. Seuss, who was born as Theodor Seuss Geisel in Springfield, Massachusetts, on March 2, 1904, died in 1991. His books have been sold in more than 100 countries and translated into several languages, as well as in braille. The legendary author, who earned an estimated $33 million in 2020, was listed as the second-highest-paid deceased celebrity last year, trailing to Michael Jackson, according to Forbes.

But the Dr. Seuss books are still facing backlash for insensitive symbols and subtle messages. Herbert R. Kohl, an educator, criticized one of the author’s fictional characters, Babar the Elephant. In the 2007 book, Should We Burn Babar, Kohl said the books’ protagonist, a character who leaves the jungle and later returns to “civilize” his fellow animals, represent a celebration of colonialism.

A school librarian who received Dr. Seuss books from former First Lady Melania Trump in 2017 criticized the gift. The Cambridge, Massachusetts librarian said many of the author’s works were “steeped in racist propaganda, caricatures, and harmful stereotypes.”

This week, a school district in Virginia was rumored to be banning Dr. Seuss books, CNN reported. But the district later issued a statement to clarify the rumor.

According to the statement from Loudoun County Public Schools, the district only wanted to discourage a connection between Read Across America Day and Dr. Seuss’ birthday, which both fall on March 2.