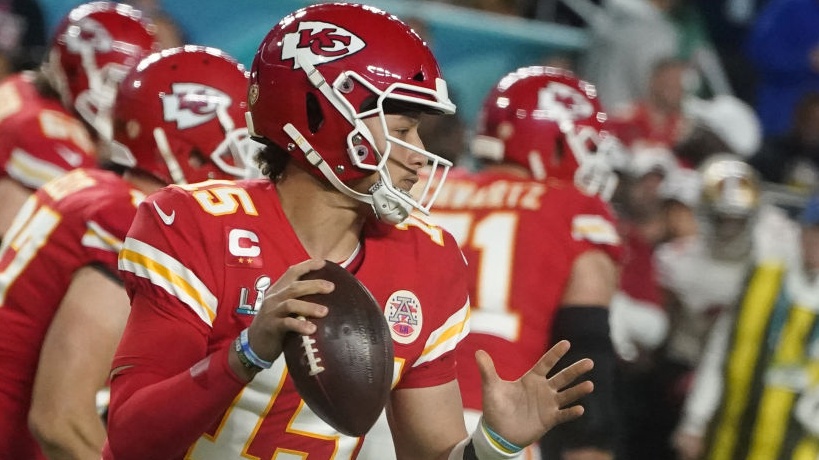 Update (March 2, 2021): A lawyer for the family of 5-year-old Ariel Young said she may never walk again and has permanent brain damage after Kansas City Chiefs assistant coach Britt Reid crashed his car into two vehicles on Feb. 4, according to Good Morning America.

Attorney Tom Porto shared photos of the incident with GMA, reiterating that the crash was far worse than it had been previously portrayed.

“This wasn’t a fender bender. This was a serious life-altering event. When you look at those pictures, you wonder how anybody made it out of that car alive,” he said.

“She’s awake, which is a huge development. She likely has permanent brain damage that she will endure for the rest of her life. She’s not walking — it’s a sad, sad, sad story,” Porto added.

Reid, a linebackers coach with the Kansas City Chiefs and son of the team’s head coach Andy Reid, admitted to officers that he had “2-3 drinks” and had taken Adderall pills before he crashed into a car parked on the side of the highway in Kansas City, Missouri.

Young’s mother, aunt and cousin were in the car that was on the side of the road helping another family member whose car had run out of gas.

Reid was driving at highway speeds, according to GMA, when he rammed into both of the aforementioned cars. Young and her 4-year-old cousin were rushed to the hospital while adults in both cars sustained injuries as well.

Police reported smelling “a moderate odor of alcoholic beverages emanating from [Reid]” and photos from the incident show all of the cars involved were totaled.

Reid himself was injured in the crash and did not join his team at the Super Bowl in Tampa Bay, Florida. He has a history of driving under the influence and has spent more than eight months in prison after being convicted of pointing a gun at another driver in 2007.

Reid also pleaded guilty to driving under the influence of a controlled substance in 2008.

He was placed on administrative leave by the team after the incident, and his father, when asked about the incident after the Super Bowl, told the press, “My heart goes out to that young lady, I’m also a dad, so I get that.”

Porto said the family would be seeking the harshest charges possible against Reid now that doctors are telling them Young may never recover from her injuries.

“We don’t have the toxicology back, I don’t know what it is going to be. What I do know are the statements that he made to police that night. If you have two or three drinks, and then you get behind the wheel of a car, you are likely over the legal limit,” he added.

Original (February 8, 2021): The family of Ariel, a five-year-old girl who sustained serious injuries in a car crash involving a Kansas City Chiefs assistant coach, has raised more than $300,000 for their loved one.

“Ariel, who just turned five years old, suffered swelling in the brain and bleeding around her brain, she hasn’t woken since the crash,” the girl’s aunt, Tiffany Verhulst, wrote on GoFundMe. “She is still in very critical condition.”

Britt Reid, the son of Kansas City Chief head coach Andy Reid, confessed that he was under the influence on Thursday when his Dodge Ram truck collided with two vehicles, CNN reported. Britt told police that he had two to three drinks and he was using the prescription drug, Adderall.

One of the cars involved in the crash was a Chevrolet Impala which was disabled on the ramp before the accident happened. Another group arrived in a Chevrolet Traverse and parked their vehicle south of the disabled car to help the family, which was when Reid allegedly arrived at the scene and collided with the two cars.

The drivers of the Impala and the Traverse, as well as a front seat passenger, escaped without injuries, The Tampa Bay Times reported. Ariel was one of two children in the back seat of the Traverse. The other child, a four-year-old, was taken to the hospital but didn’t sustain life-threatening injuries.

Britt, who wasn’t charged with any crime, didn’t coach in the Chief’s Super Bowl loss on Sunday. Police revealed that the coach has had “multiple prior DUI contacts,” according to CNN.

Andy addressed the situation on Sunday after his team’s loss against the Tampa Bay Buccaneers.

“My heart goes out to all those who were involved in the accident, particularly the family of the little girl who’s fighting for her life,” he told reporters, according to the Tampa Bay Times. “Listen, it’s a tough situation. I can’t comment on it any more than what I am here. Just from a human standpoint, my heart bleeds for everybody involved.”