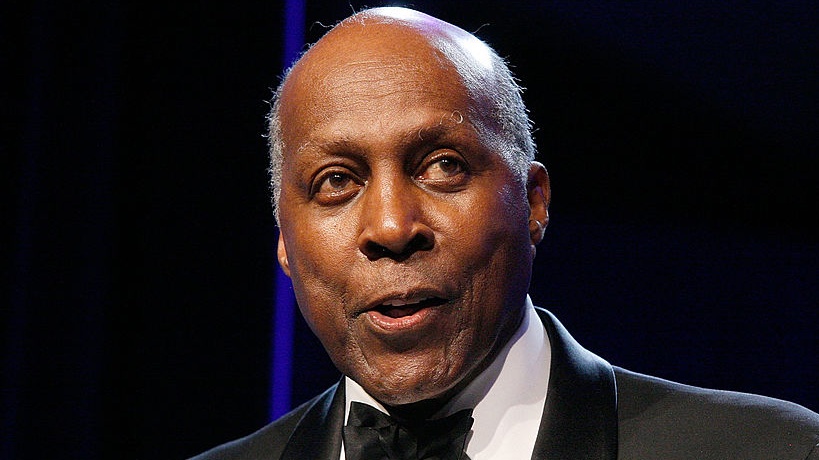 “My father passed away last night around 10p surrounded by loved ones his wife and daughter by his side,” announced his daughter, Vickee Jordan Adams, on Tuesday morning.

Jordan, who was born in 1935 and grew up in segregated Atlanta, Georgia, got his first exposure to both entrepreneurship and the legal profession when he regularly waited tables for the catering business run by his mother, whose clients included the Lawyers Club of Atlanta. Jordan left Atlanta to attend DePauw University in Indiana, where he graduated as the only Black member of the Class of 1957.

After earning a law degree at Howard University, Jordan returned to practice civil rights law and activism in his home state. He served as the field director of the Georgia branch of the NAACP, working with icons such as Medgar Evers, and as the field secretary for Mississippi to fight for school desegregation after the 1954 Brown v. Board of Education ruling. Jordan was also a member of the legal team that successfully sued to integrate the University of Georgia in 1961. He personally escorted the school’s first two Black students onto campus that year.

Even as a civil rights activist, Jordan used his grit, charisma and keen mind to make influential connections and powerful friendships. He was tapped in 1964 to lead the Southern Regional Council’s Voter Education Project — an initiative launched three years earlier by President John F. Kennedy. He was one of a few civil rights leaders invited to former President Lyndon B. Johnson’s 1966 White House summit on civil rights.

He became executive director of the United Negro College Fund in 1970 and president of the National Urban League in 1971, holding the latter position for 10 years. In 1980, Jordan survived an assassination attempt after he was shot in the back by white supremacist serial killer Joseph Paul Franklin.

During the 1980s and ’90s, Jordan became one of the most influential men in both corporate America and politics. Building upon business connections he made during his time leading the Urban League and then as a corporate lawyer, Jordan sat on the boards of many of the country’s largest corporations at the time, including American Express, Dow Jones, J.C. Penney and Revlon.

In Washington, Jordan was best known as the “first friend” and closest adviser of former President Bill Clinton, who he had met in the 1970s during his time as head of the Urban League. Jordan briefly came into the spotlight during the investigation of Clinton’s relationship with intern Monica Lewinsky when it was revealed that Jordan helped Lewinsky land a job after leaving the White House. The subsequent investigation did not find Jordan to have played a role in Clinton’s cover-up of the affair.

In the 1990s, Jordan was one of the most powerful men in the country. He helped Lou Gerstner become CEO of IBM in 1993 and pushed for James Wolfensohn for appointment as head of the World Bank in 1995. Additionally, Jordan gained his reputation and influence without ever serving in an elected or appointed political office. As The Washington Post reported, he passed up opportunities to be nominated as U.S. attorney general and ambassador to Britain.

Jordan continued to build friendships and mentor influential political and corporate figures throughout his life. Tributes for Jordan began pouring out Tuesday morning upon the news of his death.

Mourning the passage of my friend, the extraordinary Vernon Jordan. He battled the demons of voter suppression and racial degradation, winning more than he lost. He brought others w/him. And left a map so more could find their way. Love to his family. Travel on with God’s grace.

“Like so many others, Michelle and I benefited from Vernon Jordan’s wise counsel and friendship,” former President Barack Obama reminisced.

Like so many others, Michelle and I benefited from Vernon Jordan’s wise counsel and warm friendship—and deeply admired his tireless fight for civil rights. We hope the memory of his extraordinary presence and the legacy of his work bring comfort to Ann, Vickee, and his family. pic.twitter.com/HBZfGUuyVl

In a series of tweets, Harvard University professor Henry Louis Gates Jr. hailed Jordan as “a lion in the Civil Rights Movement.”

Vernon Jordan’s passing marks the end of a glorious era in our people’s history, an era that his courage and wisdom and vision did so much to shape...

..A lion in the Civil Rights Movement, he then boldly pioneered the integration of the corporate board room, as surely as Rosa Parks and Dr. King integrated the buses in Montgomery...

..Vernon Jordan was a hero to our people and to all people who cherish racial equality, social justice, and economic opportunity. His passing is a sad day in American history.

Clinton remembered Jordan as “a wonderful friend to Hillary, Chelsea, and me, in good times and bad.”

Vernon Jordan was a wonderful friend to Hillary, Chelsea, and me, in good times and bad. We worked and played, laughed and cried, won and lost together. We loved him very much and always will. pic.twitter.com/mZAsx1xETn

“He was a personal mentor and dear friend,” National Urban League president Marc Morial wrote in a statement Tuesday. “His passing leaves a tremendous void that can never be filled.”