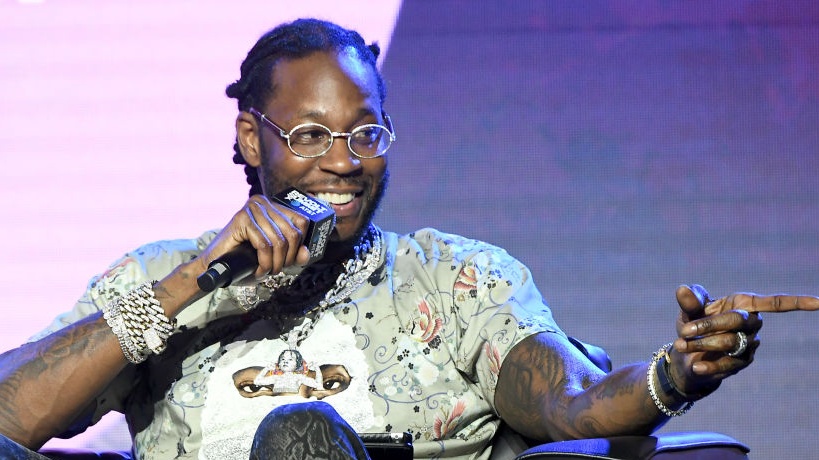 As the celebration of Black History Month continues around the country, 2 Chainz honored the special time of the year with an appearance on NPR Music’s Tiny Desk series. As a guest on the performance series, he paid tribute to iconic trailblazers while also getting a champagne-soaked pedicure.

Kicking back in his own high-end nail studio in Atlanta called Pamper, the rapper basked in a royal foot treatment, lectured the viewers on Black history and periodically mentioned his latest studio album, So Help Me God!

“There are a lot of people who have been moving the needle forward for Black people. And they have been for some time,” the 43-year-old said, citing Martin Luther King Jr., Tyler Perry and Puff as some of the trailblazers. “When we talk about Black, one of the most common people I think about would be Martin Luther King because I’m from Atlanta. But people that are currently breathing and accessible, it’s a lot of brothers out there that’s in entertainment, that’s in tech, that’s in different fields.”

The Atlanta native emerged on the hip hop scene after landing a landed a solo record deal and guest verses on Kanye West‘s “Mercy,” as well as Nicki Minaj’s “Beez in the Trap” in 2012, according to NPR.

“We in my personal nail spot,” he said in the NPR video. “I’m a street owner, I’m a block owner.”

NPR will continue the celebration of Black History Month with performances from Rick Ross, KeiyaA, Meshell Ndegeocello and more, according to Rolling Stone.