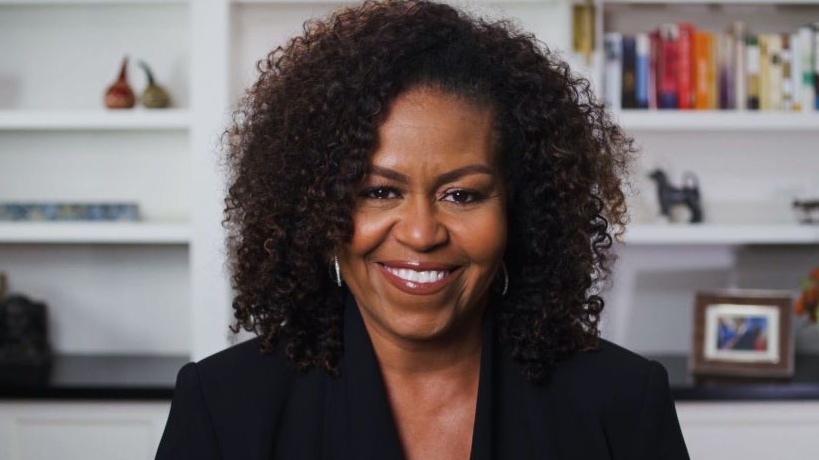 Former First Lady Michelle Obama shared some life advice and wisdom with Zaya Wade on Instagram on Thursday afternoon, imploring young people to move out of their comfort zones and prepare themselves for life’s challenges.

The former First Lady, who has since become a best-selling author and podcast host, imparted some choice words to Zaya during their 10-minute conversation.

Zaya asked her about any advice she would give to teenagers these days, and Michelle said teens should be prepared to expand their social circles and experiment with who they are.

“Be patient with yourself. At your age, or in the teenage years and probably through your 20s, you’re going to be experimenting with so many versions of yourself. All young people are trying on different versions, different voices. They’re learning more about their intellect, they’re learning about what they love, what they’re good at, what they like,” Michelle said.

“This is the period of exploration and sometimes, we put too much pressure on teenagers to know who you’re going to be,” she added. “Your job now as a teenager is not to have it all figured out but to give yourself space and time to learn and grow. So that means you want to try things on, you want to read a lot of good books, you want to experiment with different friends and connect with people who are not like you.”

Michelle went on to say that more teens and everyday people should look to expand their social circles to include people who are not like them, noting that teenagers often seek out “sameness.”

“Growth comes from difference. Growth comes when you try on something new, and you learn from that. Right now, I would just encourage young people to keep on exploring that because its a lifelong journey, and who you are today, no matter how confident you feel, by the time you’re my age, almost 60, you will have tried on so many different versions of yourself and hopefully I have more things to try on,” she said.

“So the journey of becoming and learning who you are, it never ends. just continue to grow if you’re lucky,” she continued.

The 13-year-old agreed with the sentiment and shared a personal story from her life about a friend who helped give her a different perspective.

“We all think we thrive with people who are just like us. But I think getting a different perspective from someone else who isn’t like you really helps, and that definitely helped me in becoming me and defining my truth. Change, even though it’s scary, is probably one of the most beneficial things in growth,” Zaya said.

Michelle said she and many others are often afraid of change and growth because of fears about thinking outside of your sphere of knowledge, but she noted that everything good that will happen in your life will probably require trying something new.

She begged young people to not miss out on opportunities due to fear and to lean into hesitation because it often fades in a short amount of time.

“Learn how to do something new. Learn how to do things that make you feel uncomfortable, because if you don’t, then you’re just stuck where you are. You’re stuck in the same place with the same people and if you do that for decade after decade, that’s kind of sad,” Michelle said.

“I want young people to practice embracing the new because I don’t want them to ever feel stuck in their lives. I think that you are the kind of individual that will never feel stuck. and that’s one of the important things you’re offering to the audience that you’re serving,” Michelle explained to Zaya. “Break out of the same old thing and try something new because the world will be your oyster, and you’ll be able to do anything in life.”

The two pledged to meet in the flesh at some point in the future and lauded each other for their impact.

Zaya noted that she had to skip a period of class for the conversation but said her teacher would probably understand.