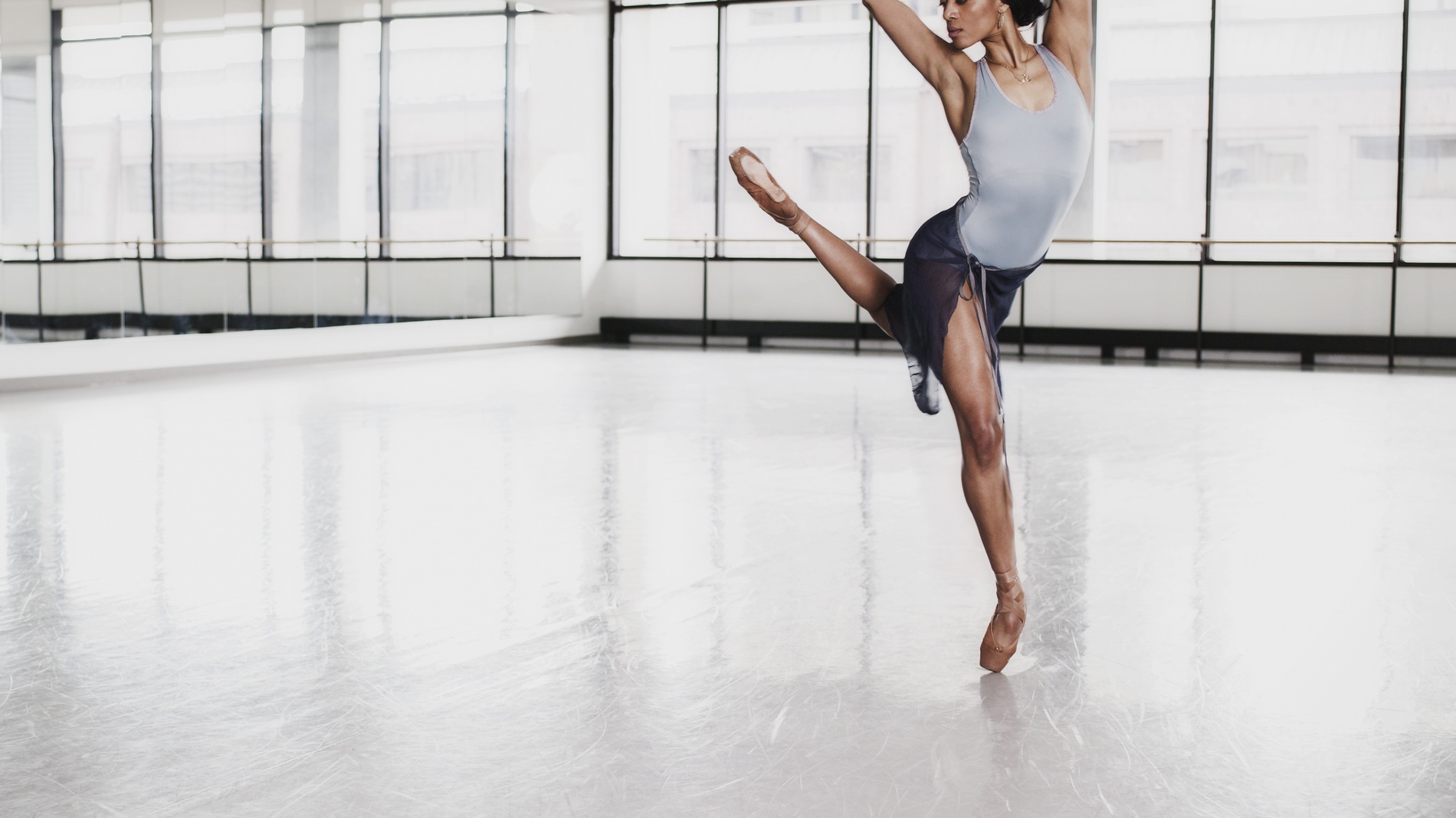 Kira Robinson, an 18-year-old freshman ballet major at the University of Oklahoma, went viral on TikTok after showing off new brown pointe shoes that matched her skin tone. The dancer was beaming from ear to ear when she talked about her brown shoes, which are difficult to find in an industry that rarely appeals to Black performers.

“I received a lot of comments on my TikTok about how representation is super necessary in the dance world and how a lot of people don’t have that or see that often,” Robinson told Good Morning America.

In the past, the teenager has had to use a technique known as pancake, the process of blending makeup foundation on the shoes to match a specific skin tone. The dancer said the process is not only costly but also time-consuming.

“Sometimes it’s frustrating and annoying, but it’s just how it is,” Robinson said. “The dance world is slow to accept POC dancers, and I’ve just had to deal with it and do what I need to do to perform.”

The teen had been wearing pink shoes since she was a young girl. But she can now rock a new style.

“I was ecstatic when I realized Suffolk was releasing new shoes,” the ballet dancer said. “When I heard they were creating brown ones, I couldn’t believe it. I knew I had to grab a pair.”

Although the industry has historically lacked representation, Robinson said there is now a shift in the trend.

“I think we are seeing more diversity in products because of the Black Lives Matter movement,” she said. “A lot of people were fed up with companies’ lack of effort in diversifying their brand and it has taken a long time to see that change. Many have signed and sent petitions to ballet brands to create more colors in their products, and Suffolk was one that heard our plea and started making those changes.”

“For generations, the demand was almost exclusively for pink satin pointe shoes as class dress codes dictated a black leotard, pink tights and pink pointe shoes,” Suffolk said. “Professional dancers have been able to pancake their shoes for quite a while, but for a performance, even professionals must wear what the artistic director or choreographer has determined to be the look they want for the piece. Social change in several forms has challenged many to ask why dress codes and costuming choices are limited to pink shoes only.”

Robinson is striving to be a role model for young dancers, particularly Black performers.

“When they see me in brown tights and pointe shoes, it can be inspiring for them,” she said. “I hope that people will look up to me and realize there can always be a brown ballerina on the stage.”

Kylie Jefferson, the star of Netflix‘s ballet drama Tiny Pretty Things, recently sat down for an interview with ET, to talk about the underrepresentation of Black performers in classical dance and ballet.

“I do think Black dancers are underrepresented in the classical dance world, but we’re also not really there. Only a few of us continue on for various reasons,” she told ET. “Something that was important to me was the fact that I realized it takes a lot of time. You put a lot of time into this craft, so I always wanted to find ways of making it fun for me so that I can bear being in rehearsal.”

Jefferson also talked about her relationship with legendary choreographer and producer Debbie Allen.

“Me being a part of her world since I was six years old, I remember being around that age and just being a child in between rehearsals or classes doing little kid stuff. I would randomly hear her come into the room, like, ‘Where’s Kylie Jefferson?” the dancer said. “As I get older and the more I learn from her, it makes me a lot more appreciative of my journey and the fact that I’ve had such close guidance with someone that actually cares to be a part of it.”

As Blavity previously reported, Cardi B trained with Allen last year as part of her Facebook Watch series, Cardi Tries.

The artist also talked about the difficulty of finding ballet classes in The Bronx, the predominately Black and Latinx New York City borough she grew up in.