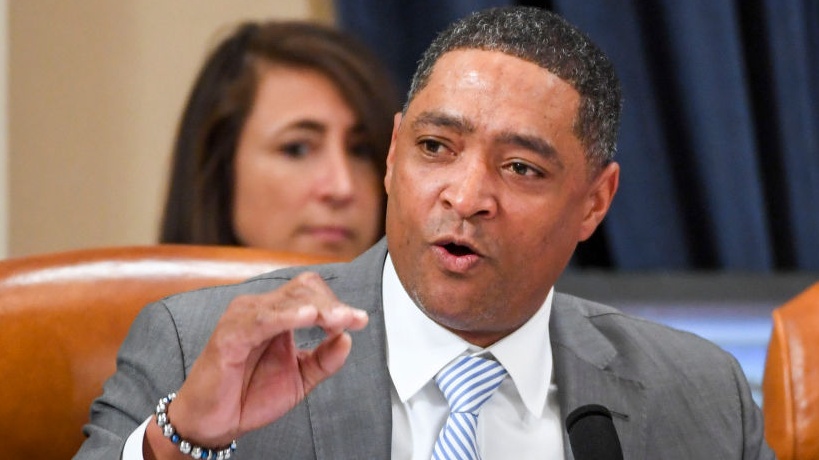 Cedric Richmond, President Joe Biden‘s senior adviser, sat down with journalist Mike Allen on HBO recently and addressed the continuous dialogue on reparations, hinting that some form of an imbursement could be provided to Black Americans.

The former Louisiana lawmaker, who didn’t give a direct answer when asked if there would be actual payments given out to people who are descendants of American slavery, raised the idea of giving compensations to students.

In regards to H.R. 40, the proposed bill which aims to study the issue of reparations and how it can be applied, Richmond said the White House isn’t waiting for Congress to conduct the research.

“We don’t want to wait on a study. We’re going to start acting now,” Richmond said about the bill, which received a Congressional hearing last month in the House of Representatives, according to The Daily Mail. “We have to start breaking down systemic racism and barriers that have held people of color back and especially African Americans. We have to do stuff now.”

Reparations have been discussed in the country for decades, according to the New York Post. The legislation, which was first introduced by U.S. Rep. John Conyers in 1989 and reintroduced repeatedly since then by U.S. Rep. Sheila Jackson Lee, gained more attention after the killing of George Floyd last year.

Last month, the White House said Biden is focused on forming a group to study the topic.

“He certainly would support a study of reparations,” White House Press Secretary Jen Psaki said at a briefing in February. “He understands we don’t need a study to take action right now on systemic racism, so he wants to take actions within his own government in the meantime.”

Richmond detailed the administration’s vision for the future of Black Americans. He said Biden’s actions are focused on “breaking down barriers in housing, making sure that African Americans can pass down wealth through homeownership, that their homes are not valued less than homes in different communities just because of the neighborhood it’s in.”

“As a nation, we can only truly thrive when every one of us has the opportunity to thrive. Our painful history of slavery has evolved into structural racism and bias built into and permeating throughout our democratic and economic institutions,” Newsom said in a statement.