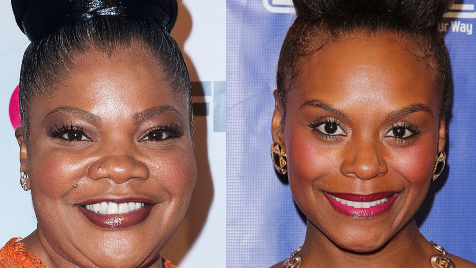 Mo’Nique whipped up a new dish at home using Tabitha Brown‘s sunshine seasoning, and her reaction was priceless.

Earlier this month, McCormick released Brown’s all-purpose, salt-free, Caribbean-inspired seasoning made with garlic and ginger spices and flavored with hints of pineapple and mango.

According to Brown, her new blend sold out on McCormick’s website, where it was available exclusively, in 39 minutes.

“Now I’ma tell you something Tab, I know this sold out, but I’m glad I got mine before it did,” Mo’Nique says into the camera as she prepares to taste her chickpea hash. “So I’ma sprinkle a little bit of my sister’s sunshine.”

“It smells like sunshine, do y’all see the rays?” the 53-year-old asked rhetorically.

The Baltimore native then takes a few bites of her creation, relishing in the flavorful aromas.

“Something ever taste so good it paralyzes you for a few seconds? Watch this,” she says, as she momentarily stands still. “And, I’m back!”

Brown, who utilized TikTok as an outlet during the COVID-19 pandemic, rose to prominence over the last year as she showcased her delicious vegan recipes. She is well-known for her fun, outgoing and uplifting videos that are both entertaining and insightful and where she coined her famous tagline, “because that’s your business.”

“Sunshine for me is about spreading positivity. I always say, ‘Have a good day and if you can’t, don’t you dare go messing up nobody else’s,’ the TikTok personality said, PR Newswire reported. “This seasoning is all about bringing that radiance and positive energy into your kitchen. You can use the Sunshine All-Purpose Seasoning on any dishes you have planned this summer, whether it’s for heading out to a BBQ or cooking at home because that’s your business.”

Alia Kemet, vice president of digital and creative for McCormick, also praised Brown for being a source of inspiration for viewers and aligning with their brand’s values.

“We’re thrilled to expand our relationship with Tabitha,” Kemet said. “She brought such comfort and encouragement to our McCormick Live Facebook series last year, helping to reassure many who were using their kitchens more than ever before. Tabitha’s genuine and fun approach to cooking the way you want, while also educating her audience about plant-based alternatives, embodies our belief that whatever you make with McCormick spices, it’s gonna be great.”

Brown also recently announced her first book, “Feeding the Soul (Because It’s My Business),” which debuts on Sept. 28, 2021. In her new book, Brown shares personal stories, inspirational quotes and a few vegan recipes, illustrating for readers how to give themselves grace and live a life filled with love both inside and outside of the kitchen.

“Sis, so proud of you, keep it going,” Mo’Nique said at the conclusion of her video.