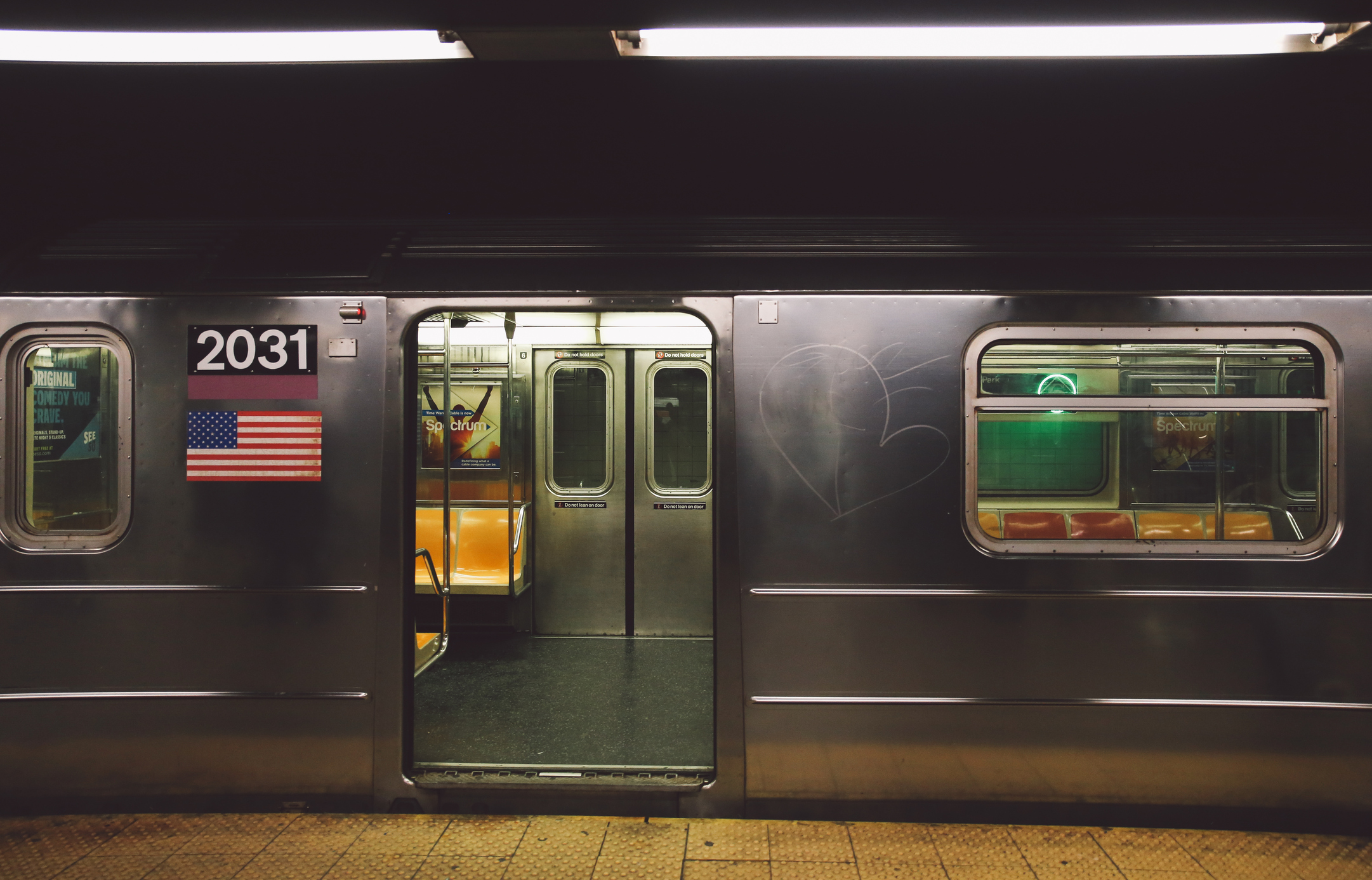 Cellphone video released this week shows an incident involving David Crowell, a 29-year-old Black man who was tased by New York police on a subway train after being accused of allowing a rider onto the station without paying.

The video, recorded by a bystander, shows several officers trying to restrain Crowell before shooting him with a Taser, The New York Times reported.

After the cellphone video circulated online, police released body camera footage on Wednesday to show the confrontation that took place before an officer fired a Taser during the July 6 incident. The bodycam footage shows Crowell responding with profanity after police approached him on the subway, saying the 29-year-old opened an emergency gate to let another man enter the 116th Street Station in Manhattan, NBC News reported.

“I paid b***h,” Crowell says in the video while cursing and showing his middle finger to officers. “You bust that s**t, I’m going to run you. I promise you.”

Neither the cellphone video nor the police footage shows shows the beginning of the confrontation. However, the cellphone clip shows train riders pleading with police during the incident, saying Crowell paid the train fare. As the situation escalated, one officer fired a stun gun and hits Crowell’s back, causing him to fall back and screams in pain. A woman near the confrontation also became outraged, saying the Taser almost struck her.

“Body-worn camera footage shows the man cursing at officers, refusing to exit the train, & threatening them,” the NYPD said in a tweet while releasing the video. “With additional officers on scene, the man continued to resist arrest, prompting the use of a taser. He was subsequently taken into custody.”

Body-worn camera footage shows the man cursing at officers, refusing to exit the train, & threatening them. With additional officers on scene, the man continued to resist arrest, prompting the use of a taser. He was subsequently taken into custody. (2/2) @NYPDTransit
@NYCTSubway
pic.twitter.com/etjeTp9kKY

Police said the other man who was suspected of getting on the subway for free paid his fare when confronted by officers.

Crowell’s attorney, Bethany Bonsu, described the charges against her client as absurd. The attorney said the person who came through the gate was Crowell’s cousin. Bonsu adds that her client had also paid his own fare.

“I know a lot of people are looking at this situation like, ‘Oh, my God, it’s police brutality,’ but this is probably my 15th time being violated by the police and this is my first time getting some light put on the situation,”  Crowell said.

The 29-year-old now plans to take legal action against the officers involved.

“The goal is to de-escalate,” de Blasio said at a news conference on Thursday. “Clearly, here, we did not end up with a de-escalated situation so this needs to be looked at carefully to see what can be done differently going forward.”

Patrick J. Lynch, the president of the Police Benevolent Association, defended the officers.

“This kind of lawless behavior — and worse — is exactly what brought those police officers to that subway platform,” Lynch said. “New Yorkers expect and deserve a safe and orderly transit system.”

According to The New York Times, the city has a history of taking a controversial stance against fare evasion. William J. Bratton particularly aimed to crack down on fare evasion when he first served as the transit police chief and later as Mayor Rudolph W. Giuliani’s police. According to data from the Community Service Society, the city disproportionately targets stations in high-poverty Black and Latinx neighborhoods, where fare evasion arrests occur at a rate of 1.5 per 100,000 swipes.

Researchers also said the MTA has been pushing a false narrative about fare evasion being on the rise.

“The MTA released slides showing fare evasion rising to historically high levels on subways and even more so on buses. But their survey data doesn’t pass the sniff test,” the group wrote. “The MTA has used this survey to claim they would lose nearly $300 million in revenue in 2019, even though no credible basis for that claim has been presented to the public. Fare evasion is clearly happening, but the MTA does not know how much it’s costing them in lost revenue.”