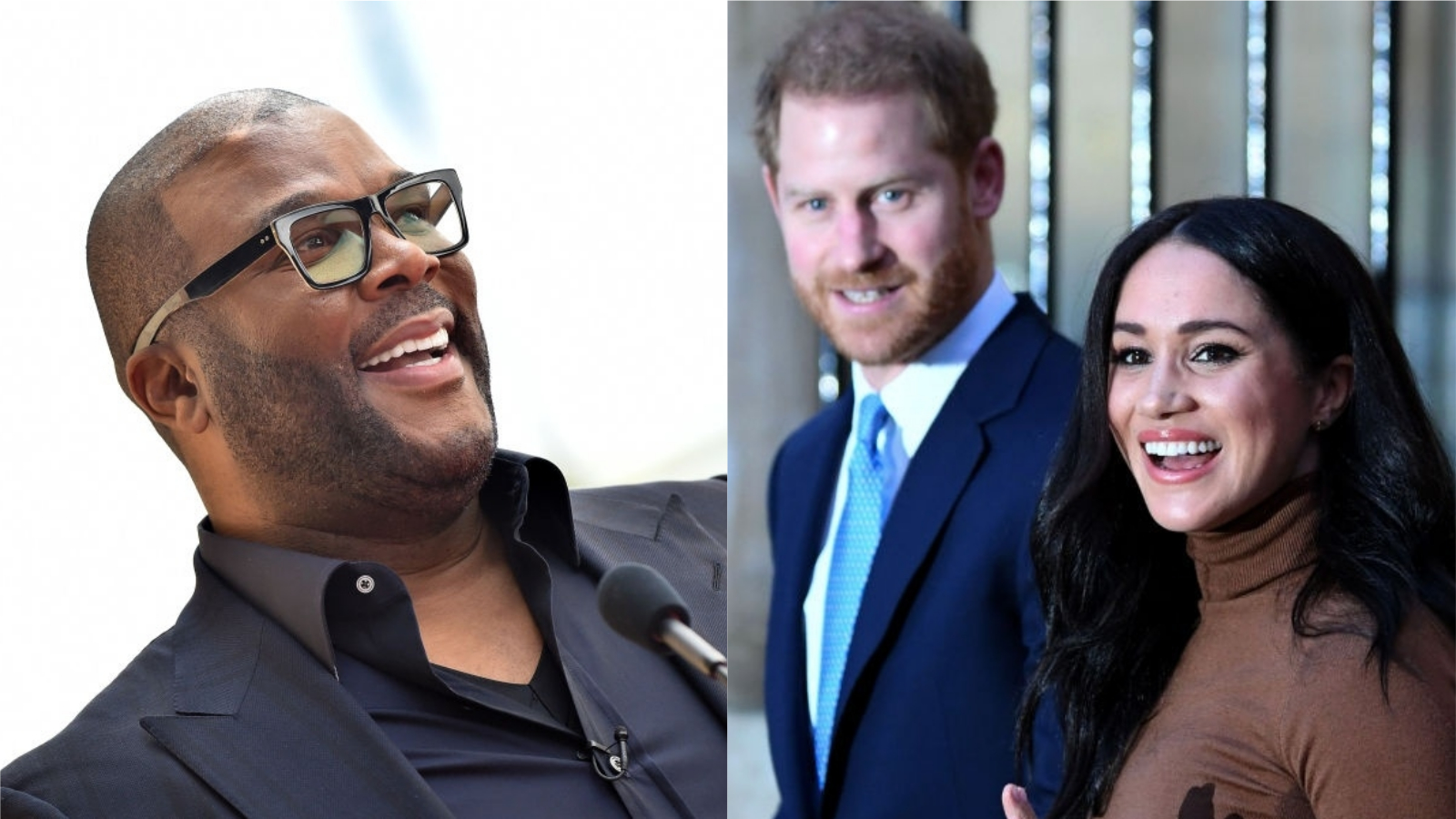 Tyler Perry has been thrust into the spotlight following the revelation that he aided Meghan Markle and Harry Windsor after the couple relinquished their roles as active members of the British monarchy. Following their resignations, the Royal Family refused to provide them with security and British news outlets released their address.

In a groundbreaking interview with Oprah Winfrey that aired on Sunday night, Markle and Windsor explained that they were living in Vancouver, Canada, when the Royal Family officially cut them off from security, despite the deluge of threats both faced.

In addition to the dangers they faced as royals, a British tabloid published their address in Vancouver, and the couple was worried about where they would go considering the COVID-19 pandemic had just begun.

“Suddenly it dawned on me, ‘Hang on, the borders could be closed…The world knows where we are. It’s not safe, it’s not secure, we probably need to get out of here,” Windsor told Winfrey.

But thankfully, Perry stepped in to help.

“We didn’t have a plan,” Markle said, adding that Perry “gave us breathing room to try to figure out what we were going to do.”

The two, along with their newborn son Archie, spent three months living at one of Perry’s homes in California, and the high-powered movie producer even gave them a full security detail.

Many online were astonished that Perry was involved at all, and the anecdote became a topic of conversation, and jokes, online.