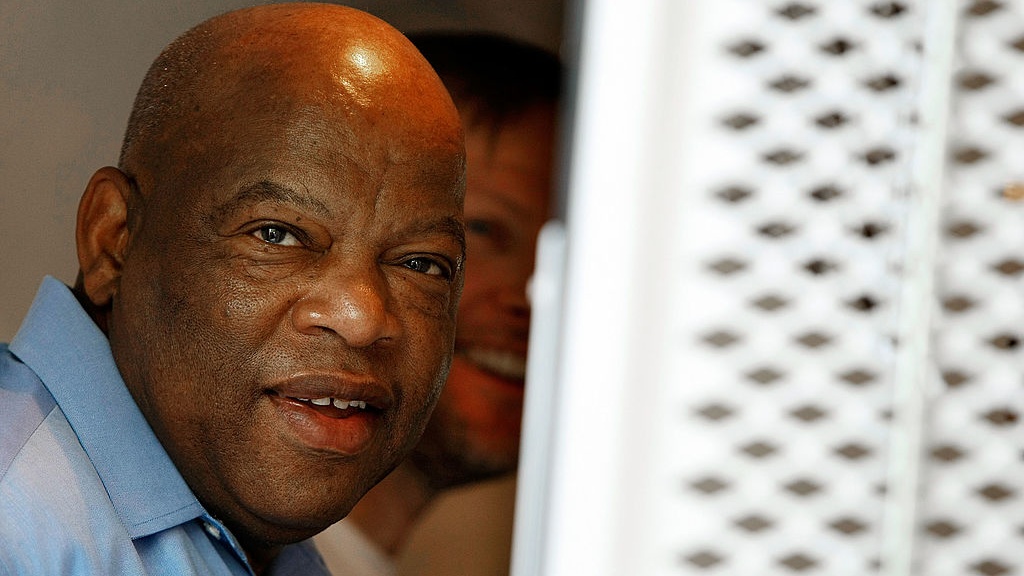 As Blavity previously reported, Lewis died last year at age 80. Earlier this year, the DeKalb County Board of Commissioners in Georgia approved a resolution to erect a statue for the civil rights champion, deciding to place the monument on the same ground where a Confederate statue previously stood.

“John was a giant of a man, with a humble heart,” DeKalb County Commissioner Mereda Davis Johnson told The Atlanta Journal-Constitution last year. “He met no strangers and he truly was a man who loved the people and who loved his country, which he represented very well. He deserves this honor.”

The man who coined the term “good trouble” was arrested at least 45 times throughout his life while fighting for justice. He died nearly 50 years after he was beaten on the Edmund Pettus Bridge.

Bernice A. King, the daughter of Dr. Martin Luther King, Jr., talked about Lewis’ sacrifice when she wrote for NBC News to pay tribute to the Georgia native.

King said the man they called “Uncle John” in their family demonstrated the courage to live a life of sacrifice. She particularly pointed to the sacrifice Lewis made on the Edmund Pettus Bridge in Selma, Alabama, where he was brutally beaten by police and nearly killed while marching for the right to vote.

“Who knew that a vicious encounter on the Edmund Pettus Bridge would jump-start such an incredible legacy of leadership, from protest lines to legislative halls?” King wrote. “Uncle John marched toward a cruel beating, not knowing that he would one day not only serve in Congress, but also serve under the first Black president of the United States. Uncle John epitomized the fourth principle of nonviolence and should serve as a constant reminder to humanity of its truth.”

After her father’s assassination, King said Lewis “was one of a few who continued to remain committed to nonviolence as a philosophy.”

“He certainly understood my father’s wise words, ‘Hate is too great a burden to bear,’” she wrote. “He persisted in allowing truth, love and justice to be his guides and injected nonviolence into the halls of Congress, where it is so desperately needed.”