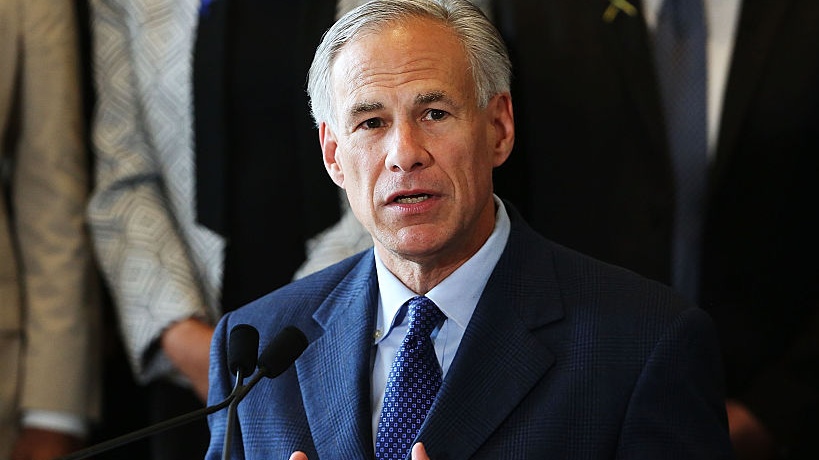 Texas Gov. Greg Abbott announced on Tuesday that the state is ending its mask mandate, making it the largest state to lift such an edict amid the coronavirus pandemic. According to ABC News, the mask repeal will take effect on March 10. Health experts are concerned that removing the mask mandate ahead of spring break will lead to more cases of the coronavirus, potentially setting the state back tremendously in its efforts to curb the outbreak. “Removing statewide mandates does not end personal responsibility,” Abbott, speaking in a maskless, crowded restaurant in Lubbock, said, according to NBC News. “It’s just that now state mandates are no longer needed.”

In July 2020, Abbott issued the initial statewide mask mandate during a summer spike in COVID-19 cases. However, some law enforcement agencies refused to ensure that the restrictions were being adhered to and the governor later argued that lockdowns do not work, ABC News reported. Lauren Ancel Meyers, a professor of integrative biology and director of the University of Texas COVID-19 Modeling Consortium, expressed that even though infection rates are on the decline, there is still much work to be done in order to rid the country of the virus. “The fact that things are headed in the right direction doesn’t mean we have succeeded in eradicating the risk,” she said. Meyers warned that the recent dangerous winter storms in Texas that left millions of people without power could boost transmission rates of the virus in the next few weeks, but said that wearing masks is one of the most effective ways to safeguard from spreading the virus. In anticipation of overstressing the local medical community’s resources, Dr. Joseph Varon, chief medical officer at Houston’s United Memorial Medical Center, said he called the hospital officials after Abbott’s announcement and said they requested more staff and ventilators. “I am just concerned that I am going to have a tsunami of new cases,” Varon said. “I truly hope I am wrong. But unfortunately, history seems to repeat itself.” Harris County Judge Lina Hidalgo, a Democratic political leader in Houston, deemed the announcement “wishful thinking” on Abbott’s behalf and cited past surges in hospitalizations that have followed rollbacks of COVID-19 policy. “At worst, it is a cynical attempt to distract Texans from the failures of state oversight of our power grid,” Hidalgo said. As the outbreak persists, tension has grown between Abbott and state politicians who have criticized him for his wavering stance on the issue. In October, Texas Republican Party Chair Allen West joined a Free Texas protest outside of the governor’s mansion, demanding that he lift restrictions on the state, The Texas Tribune reported. “We call upon the governor to do what is right by the people of the great state of Texas so that Texas can continue to be a leader,” West said at the protest. This week, Texas mayors argued that Abbott’s decision to lift the mask mandate wasn’t based on science and  was instead being driven by “something else.” “Wearing a face mask in public, closed space [is] the most effective thing you can do absent the vaccine,” Democratic Austin Mayor Bill Adler said. “We should be guided by the science and the data, and this decision today puts everything we have… at risk.”

“We should be guided by the science and the data.”

Austin Mayor Steve Adler rebukes Texas Gov. Greg Abbot’s decision to end the mask mandate, says people in Austin and Dallas are “dumbfounded,” adding the decision is not based on data and science: “Its based on something else.” pic.twitter.com/4CbSWzNNjp

ABC News reported that at least 37 states have required face coverings in public to some effect. However, states like North Dakota, Iowa and Montana have joined Texas in lifting the mask mandate as of late.