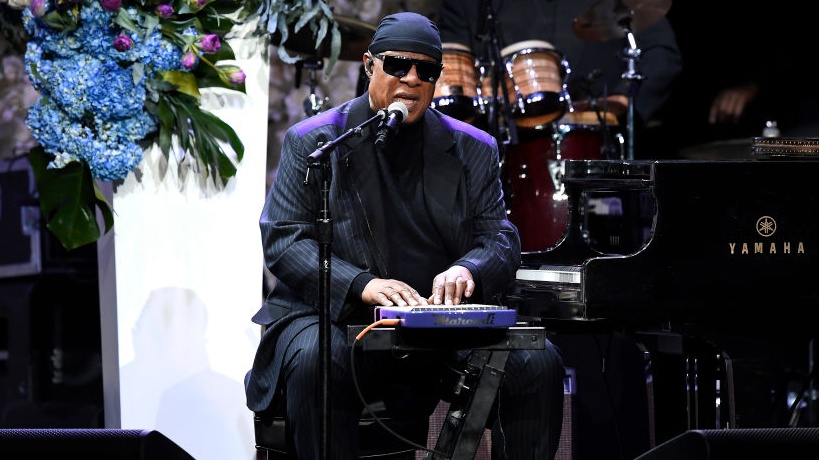 Legendary musician Stevie Wonder has announced that he plans to permanently relocate to Ghana, according to Rolling Out.

Wonder told
Oprah Winfrey about his big move on an episode of her Apple TV+ program that was filmed just before Election Day. During the interview, he discussed the ways the COVID-19 pandemic has changed his life, how he still looks to use music to spark positivity and his thoughts on the continuous racial divide in America.

Then, just as he began to play a song, for which he said he’d like to use to “see this nation smile again,” Wonder causally revealed he’d been preparing to make the international move.

“And I want to see it before I leave to travel to move to Ghana because I’m going to do that,” Wonder said.

“I don’t want to see my children’s, children’s children have to say ‘Oh please like me, please respect me, please know that I am important, please value me.’ What is that?” he continued.

Why I Will Be Relocating To Ghana Permanently – Stevie Wonder pic.twitter.com/XLu7u3dvrc

Ahead of the show’s run date, Wonder tweeted a video of himself speaking in a deeply prophetic manner explaining how has felt about America and the change he still hopes Americans are willing to make.

“We cannot continue to be a divided United States,” Wonder said in the video. “We must heal. And how do we heal? We treat the pain, the hurt, the wound, the illness. We have hurt and pain in this country. The pain of inequity is profound.”

The Universe Is Watching Us — What Happens Next… pic.twitter.com/X5qlACUafW

Wonder said he has visited Ghana many times.

Last summer, following the police killing of George Floyd, officials of the African country announced that they’d like for Black Americans to consider permanently relocating there.

“It cannot be right that in the 21st century, the USA, this great bastion of democracy, continues to grapple with the problem of systematic racism,” Ghanaian President Nana Akufo-Addo wrote in a statement.

Ghana’s “Come Home” campaign follows its 2019 “Year of Return” campaign which commemorated the 400th anniversary of the first enslaved Africans’ arrival to America. The campaign included renaming the walkway which marked the disappearance of coastal Africans to American slavery, from Door of No Return to Door of Return.

“We continue to open our arms and invite all our brothers and sisters home. We have our arms wide open, ready to welcome you home. Please take advantage, come home, build a life in Ghana. You do not have to stay where you are not wanted forever, you have a choice and Africa is waiting for you,” Ghana’s minister of tourism, Barbara Oteng-Gyasi said.

Wonder has not announced when he will leave for Ghana, only that he does not intend to return to the United States.