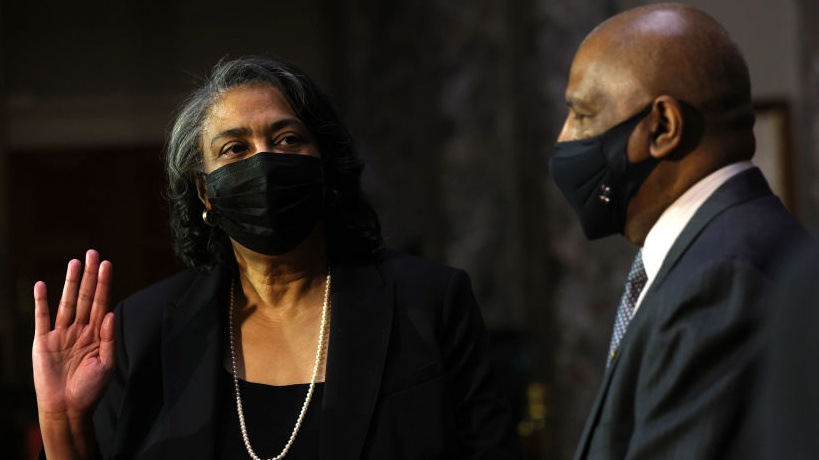 As Black History Month wraps up and Women’s History month commences, the Senate saw it fit to swear in Sonceria “Ann” Berry as its first Black American and eighth woman as the legislative body’s 35th secretary.

“I have had the privilege of working in the U.S. Senate for 40 years serving the American people,” Berry said last month. “I am humbled by this opportunity to continue that service as Secretary of the Senate.  It will be an honor to work with Senators and staff on behalf of the country to advance our common goal of representing this great nation.”

Growing up in Alabama, Berry said she is aware of the historical significance of her newly appointed role, according to the Alabama News Center.

“I think this will be the day of recognition when I truly feel the impact of what it means to be appointed ‘the first’ African American woman to hold the position of secretary of the Senate. Reciting the Pledge of Allegiance as an officer of the United States Senate will be monumental for this kid who grew up under the love and supervision of Maxie and Mattie Bishop in Birmingham, Alabama,” Berry said.

Berry who has been a Senate aide for over 40 years most recently served under Sen. Patrick Leahy (D-Vt.) as his deputy chief of staff. Additionally, she worked in the offices of Sen. Tom Carper (D-Del.) and former Sens. John Edwards (D-Nc.), Daniel Patrick Moynihan (D-Ny.) and Howel Heflin (D-Ala.).

“We begin this week on a joyful note welcoming an upstanding individual to serve as the new Secretary of the Senate,” Schumer said, lauding her for her public service in Washington.

“I am ecstatic about the historic nomination of Ann Berry to be the new Secretary of the Senate,” Schumer said of the appointment back in February. “This is a vital role that not only overseas key personnel, but also aids in the institution’s overall effectiveness. I am confident that Ann’s professional experience in both Senator Leahy and Senator Jones’s offices will ensure a successful tenure as she continues to serve the institution of the Senate.”

Berry graduated from the University of North Alabama with a bachelor’s degree in education. She started her career as a secretary for South Central Bell in the engineering department before being offered an opportunity to work on Capitol Hill for “an opportunity of a lifetime.”

The appointed position which has been around since 1789 is responsible for the “legislative, financial and administrative functions” that support the legislative body’s daily operations. Since the conception of the role, the secretary of the Senate has been responsible for keeping minutes and records.