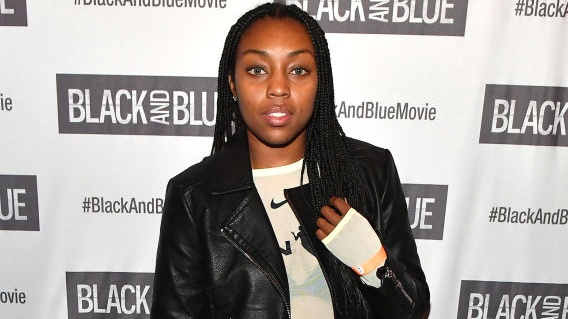 The three-member investor group is made up of Suzanne Abair, the president and chief operating officer at investment firm Northland, Larry Gottesdiener, chairman at Northland, and the former WNBA star, ESPN reports.

In the acquisition of the team, Montgomery will be the first former WNBA player to become both an owner and an executive of a WNBA team. Montgomery, 34, has been a standout player throughout her basketball career. In 2009, she won a national championship as a member of the University of Connecticut women’s basketball team, and she won WNBA titles with the Minnesota Lynx in 2015 and 2017.

After more than 10 years in the WNBA, Montgomery opted not to play in the 2020 season to focus on social justice activism and recently announced her retirement from the league.

“My Dream has come true,” Montgomery said in a statement. “Breaking barriers for minorities and women by being the first former WNBA player to have both a stake in ownership and a leadership role with the team is an opportunity that I take very seriously. I invite you to join me as the Dream builds momentum in Atlanta!”

“We are proud of what we accomplished and wish the team well in their next chapter,” former Atlanta Dream team owners Kelly Loeffler and Mary Brock said in a joint statement, according to the Washington Post.

After the WNBA committed to supporting the Black Lives Matter movement last year, Loeffler penned an open letter to WNBA Commissioner Cathy Engelbert condemning the move as polarizing and divisive. Instead, she asked that the league consider incorporating an American flag on all licensed apparel for players, coaches and staff as a show of unification.

“We wanted to make sure we could still keep the focus on our social justice movement, and, funny enough, Rev. Warnock is somebody who supports everything that we support and just happens to be running in that seat,” Atlanta Dream forward Elizabeth Williams said. “So it just worked out really well.”

As Blavity previously reported, NBA star LeBron James tweeted after Warnock’s victory about putting together a group to buy the Dream.

“I’m ready when you are,” Montgomery replied to James, per the Washington Post.

Following her exit from the WNBA ownership group, Loeffler will likely suspend her endeavors in sports to potentially return to business, the Washington Post reports. Prior to her senate run, Loeffler resigned as CEO of Bakkt, a digital investment platform that specializes in cryptocurrency. Loeffler’s husband, Jeffrey Sprecher, currently works as the CEO of the Intercontinental Exchange, which runs the New York Stock Exchange.