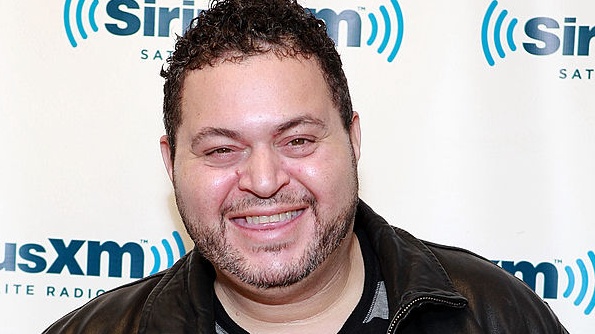 Prince Markie Dee has died at the age of 52 in Miami, Florida, on Thursday, according to Rock The Bells, the radio station where he worked.

The iconic rap pioneer, whose real name was Mark Anthony Morales, was one member of the rap trio The Fat Boys, which played a pivotal role in making hip-hop mainstream and solidifying the genre’s place in the larger entertainment ecosystem globally.

“The Rock The Bells family is heartbroken to learn of the passing of Mark ‘Prince Markie Dee’ Morales earlier today. That voice and his presence can never be replaced. Our thoughts and prayers go out to his loved ones,” Rock The Bells wrote on Twitter.

The Fat Boys were one of the first rap acts to have multiplatinum success in the mid-1980s with songs like “Stick ‘Em” and “Can You Feel It.”

Morales got his start in music with the group, The Disco 3, thanks to his friendship with Darren “Buffy” Robinson and Damon “Kool Rock-Ski” Wimbley. All three grew up in the Brooklyn neighborhood of East New York and found stardom after winning a talent show at Radio City Music Hall in 1983. The show’s promoter signed the group and urged them to change their name to The Fat Boys, according to The New York Times.

From there, the group shot into superstardom with their platinum 1987 album and a hit single with the Beach Boys that made it to No. 12 on the Billboard Hot 100.

They parlayed their chart success into a movie called Disorderlies that came out the same year, making them one of the first rap groups to transition into other forms of media outside of music.

Their music attracted a wide audience because it was largely fun party songs that came with dances and lyrics that focused mostly on comedy and love.

The group ended up releasing seven albums and used their weight as a way to endear them to audiences, often holding competitions to see who could guess the collective weight of all the members together. They appeared in other movies, like “Krush Groove” and “Knights of the City,” while also participating in the first arena tour for hip-hop.

They broke up in the 1990s but Morales continued to make music as a songwriter and producer, eventually transitioning to work on the radio at WMIB-FM and WEDR-FM in Miami and on SiriusXM.

The group’s former manager, Louis Gregory, said he was heartbroken about the loss of Morales.

“Prince Markie Dee was more than a rapper; he was one of my very best and closest friends. My heart breaks today because I lost a brother. I’ll always love you Mark and I’ll cherish everything you taught me. Tomorrow is your birthday, swing my way big bro,” he wrote on Twitter.

Musicians took to social media to mourn Morales’ death, with many highlighting that he played a pivotal role not just in hip-hop’s early transition to the mainstream but also for his decorated production career.

“I would be walking and all of a sudden I would hear music ricochet off the walls, it would go, ‘huh huh huh ha huh Hu Hu ha Fat Fat Fat boys, Fat Fat Fat boys,’” rapper Fat Joe wrote on Instagram.

“This was the first song they would play at the block party to summon you to appear. Today’s news is sad. Member of the Fat Boys Prince Markie D Morales has passed on. He was a great guy, a legend and pioneer. God bless my fellow Boriqua brother till we meet again,” the rapper added.

Dozens of other rappers commented on the post like Jadakiss and Bun B, who said he recently spoke to Morales. Eminem, Juicy J and Chuck D all took to Twitter to send their condolences.

Questlove gave a detailed rundown of Morales’ decorated production career and shared a clip of the group on Soul Train on his Instagram page.

“I think even Jay told me his first album he ever copped was their debut album. I mean, yeah, now we all take for granted that traditional music really isn’t needed to cold rock a party. But to see THESE cats rock it back then???! OMG! they were the first stadium hip hop headliners (#FreshFest)— sheeeeit Madonna wanted THEM opening for her,” Questlove wrote.

“They were figuratively (no weight jokes) the biggest act in hip hop at some point in time. Like the first act that showed this culture might have some real international legs to it. They did dope routines and dance steps, albums went gold and platinum. Did movies and TV and commercials. They explored territories for the first time that today just seems like *yawn* a Tuesday,” Questlove added. “This hurts to see the mass exodus of people that helped shape my/our lives like this. Rest In Peace to Mark Morales, the Puerto Rican Prince, the Fat Boy.”