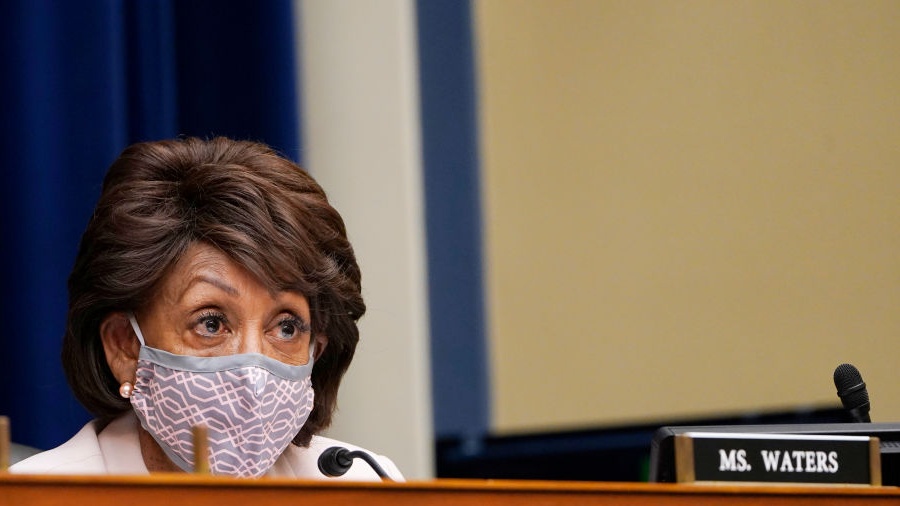 Rep. Maxine Waters went to Twitter on Tuesday to speak out on the killing of Daunte Wright in Brooklyn Center, Minnesota, describing the incident as “hard to believe.”

“How could a trained officer make a mistake shooting an unarmed man with a gun instead of a taser? Hard to believe,” the congresswoman said, posting a side-by-side photo to highlight the difference between a Glock 17 and a Taser X26P.

How could a trained officer make a mistake shooting an unarmed man with a gun instead of a taser? Hard to believe. pic.twitter.com/1WyYq8OSc8

The two weapons, which have different weights, are supposed to be worn on opposite sides of an officer’s holster in order to avoid confusion, The Hill reports.

Brooklyn Center Police Department Chief Tim Cannon said officer Kim Potter unintentionally drew her handgun instead of her taser when she fatally shot Wright, who was allegedly pulled over on Monday because he had air fresheners hanging from his rearview mirror.

“As I watched the video and listened to the officers commands, it is my belief that the officer had the intention to deploy their taser, but instead shot Mr. Wright with a single bullet,” Cannon said, as Blavity previously reported. “This appears to me, from what I viewed, and the officer’s distress and reaction immediately after, that this was an accidental discharge.”

The officer, who has now resigned, was heard yelling “Taser! Taser! Taser!” before firing a handgun and screaming “Holy s**t! I shot him.”

“I have loved every minute of being a police officer and serving this community to the best of my ability, but I believe it is in the best interest of the community, the department, and my fellow officers if I resign immediately,” the 26-year veteran said in a statement, as Blavity previously reported.

The killing of Wright is drawing comparison to similar incidents of the past, including the shooting of 22-year-old Oscar Grant.  Former officer Johannes Mehserle testified with a similar explanation in the killing of Grant in 2009, saying he mistakenly pulled his .40-caliber handgun while reaching for his stun gun at a train station in Oakland, California, as Blavity previously reported.

“Why do we even have Tasers that operate and function and feel and deploy exactly like a firearm?” Carter questioned during a news conference on Monday. “Why can’t we have Tasers that look and feel different? That you could never mistake for deploying a firearm so that we can ensure that mistake that has happened before can never happen again?”