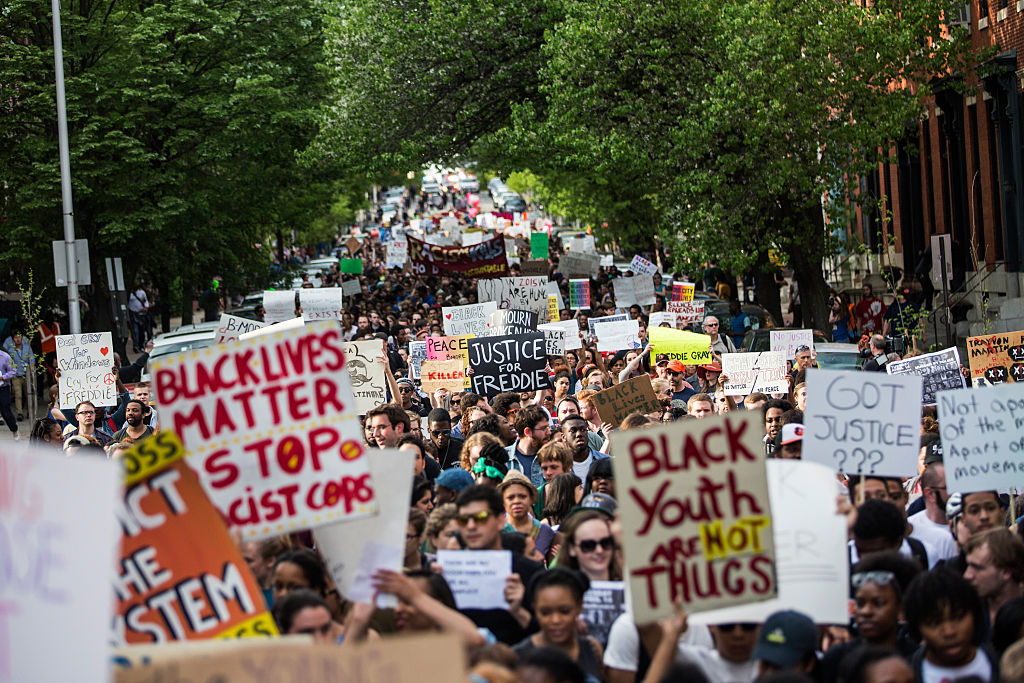 LaToya Ratlieff, a protestor who was shot by a foam projectile by police during a Black Lives Matter demonstration in Florida last year, is expressing disappointment about the decision to exonerate the officer.

“I remember getting the message that he was going to be exonerated and I remember my heart dropped,” Ratlieff told CBS Miami on Friday, a day after Detective Eliezer Ramos was cleared of any wrongdoing.

According to the investigation report released by Fort Lauderdale police on Thursday, Ramos was aiming at another protestor who was trying to pick up a tear gas canister that was still spewing gas. Because he was not aiming at Ratlieff, the officer was justified in the shooting, interim Fort Lauderdale Police Chief Patrick Lynn said.

“Detective Ramos identified and targeted an individual who had hurled a projectile at our officers with the intent to cause them harm. The internal affairs investigation has determined that it was not Detective Ramos’s intent to strike Ms. Ratlieff,” Lynn said.

Ratlieff, who needed 20 stitches after being shot in the face, rebukes the statement. The South Florida woman said it would have been difficult for the officer to target a specific person with all the smoke caused by tear gas.

.@LaToyaRatlieff was a PEACEFUL PROTESTOR during the summer #GeorgeFloyd events, and was subsequently shot in the eye by a rubber bullet by an irresponsible officer. Today, we stood WITH LaToya & AGAINST HB 1!

“There can’t be bipartisanship when there’s injustice.” pic.twitter.com/Eiww0WtE5k

“Even if you’re standing in this corner it was difficult to see,” the 35-year-old said, standing at the scene where she was shot in May. “So if you’re standing over there and tell me you have a vantage point to which you can accurately target someone is very interesting.”

“On behalf of the men and women of the Fort Lauderdale Police Department, I want to express my sincere apology for the experience you have had with our police department,” he said.

“Interim Chief Patrick Lynn gets to give a very, very bland apology for my experience, as if I had a bad dinner at a restaurant. It’s disingenuous, it’s disheartening, but if nothing else it’s invigorating,” she said.

The Florida resident, who has been part of the nationwide effort to combat police violence after the killing of George Floyd, is now speaking out against House Bill 1, which aims to crack down on protests that turn violent.

Attorney Michael Davis, who is representing the injured protester, described the investigation as a sham and said the “investigation has never been about finding out what actually happened.”

According to The Sun Sentinel, Ratlieff hasn’t ruled out the possibility of filing a lawsuit against the city.

“No decision has been made on that,” spokesperson Evan Ross said last month. “Her goal remains to continue working with the city on reforms. All of her options are still on the table. But filing a lawsuit is not her priority at this point. Her priority is reform. It’s always been reform.”

The nonprofit grant writer met with Fort Lauderdale Mayor Dean Trantalis and City Manager Chris Lagerbloom after being shot last year and discussed a list of reforms she wants to see at the police department.

Ratlieff proposed increased accountability via an independent watchdog panel and changes in the arbitration process. She also asked for yearly training for every member of the Fort Lauderdale Police Department which includes de-escalation, implicit bias and mental health identification training.

In addition, the activist raised the idea of mental health evaluation for officers at least once a year and regular counseling for those who request it.