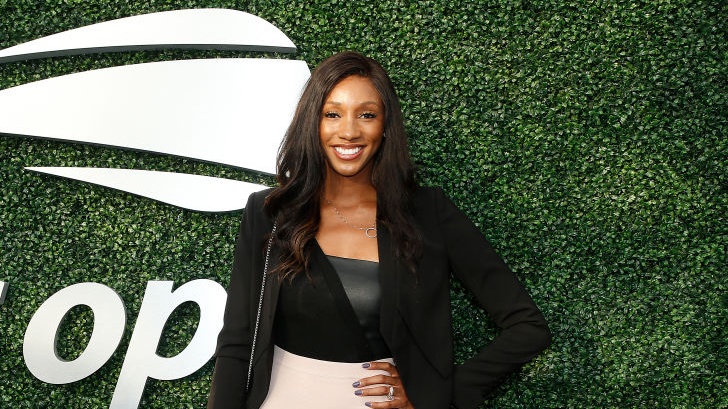 ESPN’s Maria Taylor is in talks to become a broadcaster at a rival network, Yahoo reports. Taylor, whose contract with ESPN is set to expire during the NBA Finals, is close to landing a deal with NBC Sports according to Front Office Sports.

The deal is at the “half-yard line,” a source told the outlet — the source also cautioned “that can still be a long way in contract negotiations.”

Both NBC, as well as Amazon, have expressed interest in Taylor. At NBC, Taylor would likely succeed Mike Tirico as the host of Football Night in America after this upcoming season. Tirico is expected to replace Al Michaels as the main play-by-player on Sunday Night Football in 2022-23. Additionally, she could be involved with Notre Dame broadcasts at NBC Sports and may include appearances on NBC’s Today Show.

Last week, the New York Post reported that NBC wants Taylor to join the network as soon as July 23, just in time for her to cover the Tokyo Olympics. Her contract with ESPN ends on July 20, the same day of Game 6 of the NBA Finals.

ESPN is said to have offered Taylor a contract that was worth $3 million per year. Taylor, according to reports, declined the offer as she was looking for a deal similar to what Stephen A. Smith received.

As Blavity previously reported, Taylor’s contract negotiations come on the heels of a major controversy at ESPN with Rachel Nichols who was caught on tape suggesting that Taylor was only hired because of pressures ESPN had been facing to be more diverse.

“If you need to give her more things to do because you are feeling pressure about your crappy longtime record on diversity — which, by the way, I know personally from the female side of it — like, go for it. Just find it somewhere else. You are not going to find it from me or taking my thing away,” Nichols said of Taylor last year.

Nichols’ remarks were exposed by employees at ESPN’s headquarters in Bristol, Connecticut, The New York Times reported. Nichols later apologized for her comments on ESPN’s The Jump.

For the last seven years, Taylor has climbed the ranks at ESPN. She began on the SEC Network, then moved to College Football GameDay where she was the sideline reporter on the No. 1 broadcast team in the sport. She also hosted the NCAA Women’s Tournament and is currently the host of NBA Countdown.