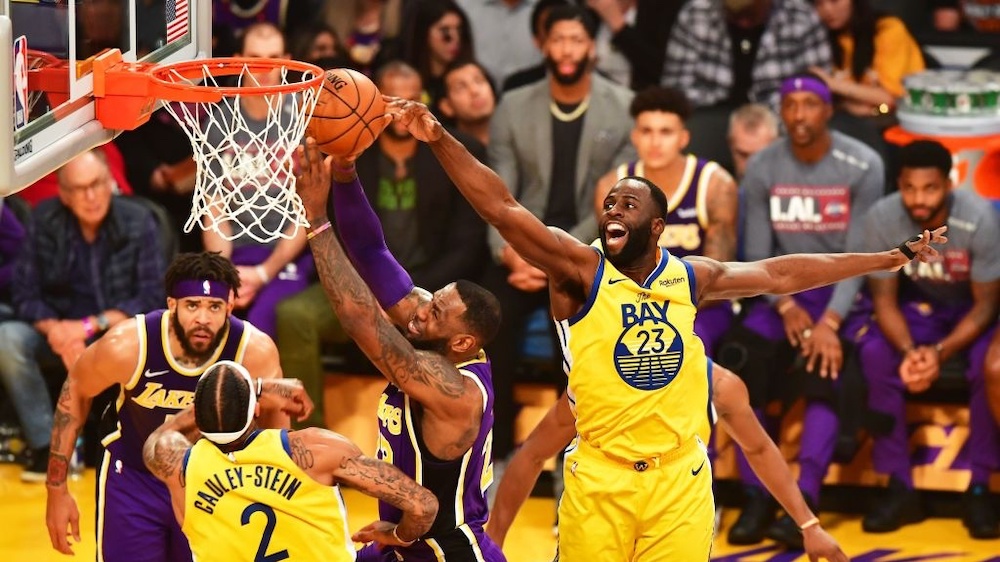 NBA player Draymond Green recently made waves when he spoke out about the treatment of players before potential trades. Green called out a “double standard” as players are often told to remain quiet about their trade desires and are subsequently fined when they don’t. Green’s comments were prompted by the Cleveland Cavaliers, who made it known that they are looking to trade player Andre Drummond. Until the trade is final, the Cavs organization has decided to bench Drummond. Drummond, like players before, is being treated as property to managed. His agency has been stripped from him and it is not new to Black people.

The conundrum is that the team can protect its investment by restricting playing time and forbidding him from speaking publicly about what’s happening. While a player, who wants to be traded, can’t protect his future by deciding not to play until a trade is finalized. Green cited the vilification of James Harden by the media amidst his recent trade from the Houston Rockets. He voiced wanting to be traded and opted to not play.

Writing off Green and other players because they are millionaires is dismissive. It also lacks a substantive understanding of race, labor relations and capitalism. How does one’s salary dictate their ability to give voice to unfair labor practices? No one should have to accept unfair treatment or feel disregarded as a financial investment, to be purchased or sold. The underlying narrative of racism, even in a billion-dollar industry that pays its players, deserves to be explored and critiqued with a historical lens.

For evidence of the “plantation mentality” you can look to Cleveland Cavaliers’ owner, Dan Gilbert. He came under scrutiny in 2010 after pinning a scathing letter in response to LeBron James leaving his team. Gilbert’s letter was published to the Cavs’ website. It was perceived as having racial undertones and he was later called out by civil rights leader Jesse Jackson, Sr. Jackson accused Gilbert of treating James like a “runaway slave.”

If caught, “runaway slaves” received public punishment as a warning to the enslaved of their disloyalty. Sometimes, advertisements were posted with rewards for “runaway slaves” being delivered back to the plantation owner. Consider the case of disgraced former owner, Donald Sterling. He was banished from the NBA and forced to sell his franchise after recordings of him using racialized language were leaked to the press. Sterling already had a lengthy past as a team owner and business man for being racist.

I am not making a direct comparison to enslaved Africans and players. That would be an outrageous and insidious comparison. We can ponder the behaviors of the slave owner himself, buying and selling a commodity known as enslaved Africans, and a team owner that buys and sells a commodity, known as an NBA player. In 2019, nearly 75% of NBA players identified as Black or African American. Subsequently, 91% of teams were owned by people who identified as mostly white men in 2019. The historical significance of racism, entitlement and ownership cannot be understated when discussing the “plantation mentality.” The confluence of racism, entitlement and ownership are reproduced in multiple venues, including professional sports. At its core, it’s about submission.

Two specific connections are valid for explaining “plantation mentality.” First, is the idea that players are property to be owned. In situations where a team has decided to trade a player, that player isn’t always aware that a trade may be taking place. Such was the case in 2017 when Demarcus Cousins, who played for the Sacramento Kings at the time, learned of his trade before a post-game press conference. The news came from his PR rep and not the organization itself.

Buying an NBA team, requires incredible wealth. Upon purchasing a team, an owner’s wealth grows and accumulates based on revenue generated by players’ labor. The labor of a majority Black workforce is not only the backbone for the owner’s accumulation of wealth, they also contribute to the growing wealth of media and television network elites, who pay the NBA billions of dollars to broadcast games.

In the grand scheme of it all, it appears that most players are commodities to be bought and sold from one white team owner to the next, sometimes without their consent.

The average NBA player’s career is less than five years. Over the course of several years, a team owner potentially buys, trades and sells its commodities dozens of times. Black NBA players, like enslaved Africans, are not commodities to be bought, sold and traded. Players should be able to make decisions in their best interest, just as team owners make decisions that suit their business interests. Anyone that argues the contrary should consider if they, too, buy into the “plantation mentality.”