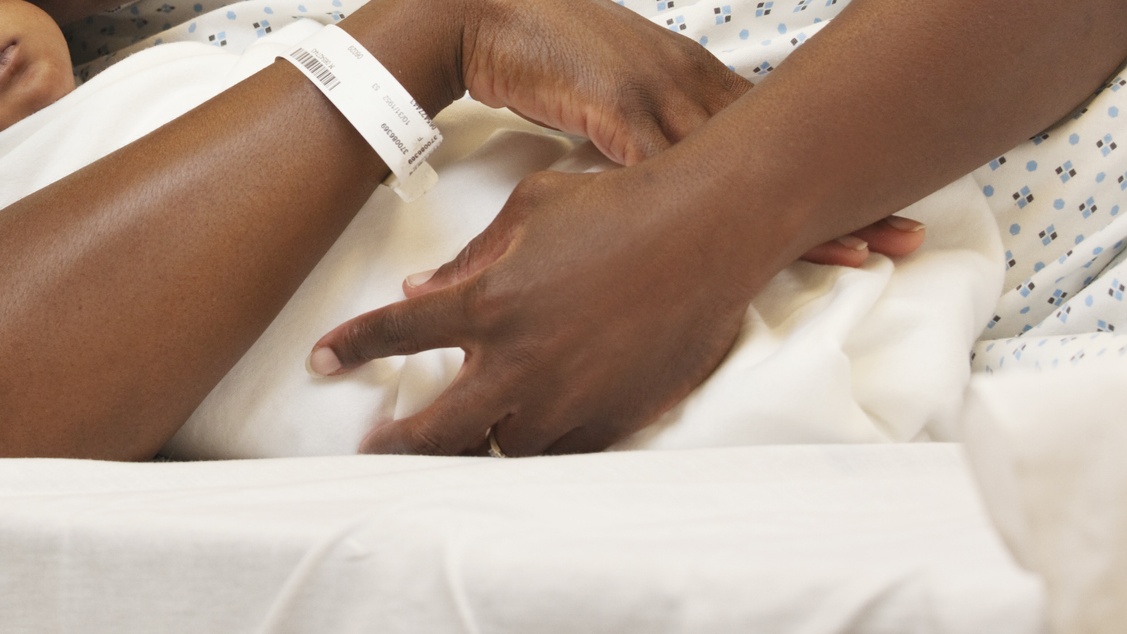 A Los Angeles couple was overjoyed at the arrival of their newborn baby, but when the family arrived at USC Medical Center, things took a turn for the worse.

“Between 10-15 officers came up in our home, pointing guns at me while I’m holding the baby! Over a Health and Wellness check, what they claim to be,” Khari Jones told NBC Los Angeles. “We had an emergency birth. We wanted a home birth, still trying to figure out what we really wanted to do.”

Kayla Love said their daughter, Fari Love Jones, was delivered at home in under 20 minutes, but she also experienced complications during the delivery process.

“I started feeling pain at 9 o’clock. She was here at 9:15. There was no time for a doula, midwife or anybody to get there [home],” Love said.

Following Fari’s birth, paramedics arrived and deemed her healthy, but the family was still rushed to USC Medical Center for examination.

That’s when the couple declined for doctors to draw their daughter’s blood.

“We said no. We prefer our child to be seen by a private physician. We don’t want your services, and we reserve the right to deny,” Love said.

In the aftermath, Love reveals doctors became increasingly hostile, questioning her about whether she had hepatitis. According to Love, LAPD also interrogated her about domestic abuse at home.

According to a survey conducted by the National U.S. Survey of Women’s Childbearing Experiences, approximately one-fifth of Black and Hispanic mothers said they were treated poorly during their hospital stay because of their race, ethnicity, cultural background or language.

Poor treatment during child labor can have extreme ramifications on both mother and baby, including PTSD, post-partum depression and even death.

“The officer was, as a mother, she was like, don’t you care about your daughter? Don’t you want to answer these questions and get this over with?” Kayla said.

After the couple was discharged later that night, social workers and police officers arrived and surrounded their home as they detained Khari.

The hospital issued a statement, saying it was their obligation to “investigate the safety of the home environment.”

“When there are concerns about the health and welfare of a minor, our medical staff have obligations to report such matters to appropriate social welfare authorities so they can investigate the safety of the home environment,” the statement read.

State Sen. Sydney Kamlager (CA-30th District) says she is expecting a follow-up from the USC Medical Center and LAPD later this week.

In addition to having Sen. Kamlager on their side, the couple says they are not finished fighting for justice after experiencing mistreatment at the hands of USC Medical Center.

“This is predatory. They are just going for people they feel can be a victim. They didn’t know who they were dealing with. We are not letting this slide,” Love said.