From music legends like W.C. Handy and Isaac Hayes to artistic icons Ernest Withers and George Hunt, Memphis is the home of greatness. It’s also the home of St. Jude Children’s Research Hospital, which is leading the way the world understands, treats and defeats childhood cancer and other life-threatening diseases. Envisioned by entertainer and philanthropist Danny Thomas in the 1950s, St. Jude opened in 1962.

Since the beginning, the mission of St. Jude has been to advance cures and means of prevention for catastrophic pediatric diseases through research and treatment. True to its founding principles, no child is denied treatment based on race, religion or a family’s ability to pay at St. Jude. When it opened its doors, St. Jude was the first fully integrated children’s hospital in the South at a time when segregation was common. Patients of all races and ethnicities were treated in the same rooms and dined together, and bathroom facilities were integrated. A revolutionary way of care during the Civil Rights era, St. Jude was a pioneer in racial equality and continues to be a leader in diversity and equity.

For nearly six decades, St. Jude has been a global leader in treating pediatric cancers and other life-threatening diseases that impact children. At St. Jude, there’s no racial disparity in childhood cancer survival rates because all patients have equal access to effective therapy. A 2012 peer-reviewed paper in the Journal of Clinical Oncology found no significant difference in survival rates between Black and white children treated at St. Jude for virtually all cancers during a 15-year period. 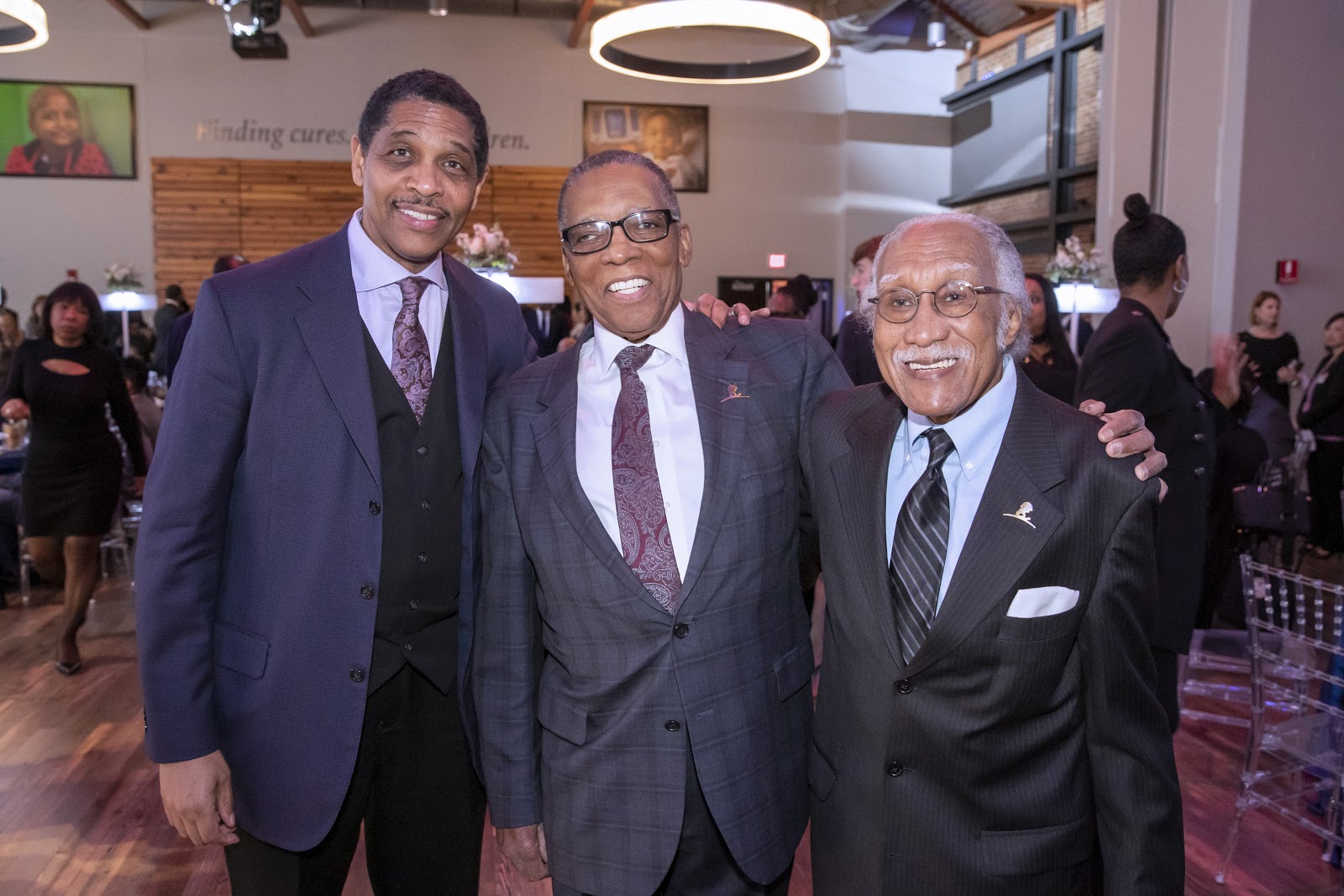 St. Jude is also a national leader in sickle cell anemia research and treatment. Dr. Rudolph Jackson, one of the first Black doctors at St. Jude, left a lasting mark in the treatment of sickle cell disease and the development of the hospital’s sickle cell program. Jackson ventured into Memphis neighborhoods to enhance the education and treatment of children and families affected by the debilitating, painful and often deadly disease. Jackson built the program to such prominence that the National Institutes of Health hired him to head the federal government’s efforts to fight the disease. Through partnerships with organizations like The Links Foundation, Incorporated, the largest and oldest professional organization for Black women; the National Pan-Hellenic Council, which represents all nine Black Greek letter organizations; and more, St. Jude has deepened its connection with the Black community.

There’s also a long tradition of Black excellence at St. Jude, including the efforts of  Dr. Robert Spence, who broke barriers for Black men in health care. A true trailblazer, Spence added to the rich tapestry of Black history in Memphis.

Spence was one of the first Black pharmacists at St. Jude. The now-retired pharmacist then began a second career as an attorney, proudly passing along his legacy of hard work and tenacity to his youngest son, Emmanuel, who is forging his own path as a member of the Gift Planning team at the American Lebanese Syrian Associated Charities (ALSAC), the organization formed by founder Danny Thomas in 1957, with the sole purpose of raising funds to support St. Jude Children’s Research Hospital. Emmanuel has crafted a career built on social impact and philanthropy, which landed him on the “20 Under 30 Class of 2021” list in the Memphis Flyer.

“I believe that philanthropy is something that can be used to really uplift social good. I wanted to make a difference in people’s lives but not necessarily to be on the front end of it, but really on the back end,” he told the newspaper.

“I’d like to see the future of Memphis as a city where people come together to make change,” he added. “I’m biased to say that I love philanthropy, but I really would love to see people more engaged from a philanthropic perspective, whether that means volunteering, serving or giving, because I think Memphis has a lot of great assets.”

Sitting down with Blavity, Emmanuel shares his journey and how he’s working to create his legacy through giving and more.

While his father’s shadow is long, Emmanuel experienced a childhood filled with love and encouragement to pursue his own passions and pursuits, like connecting and helping others through philanthropy. 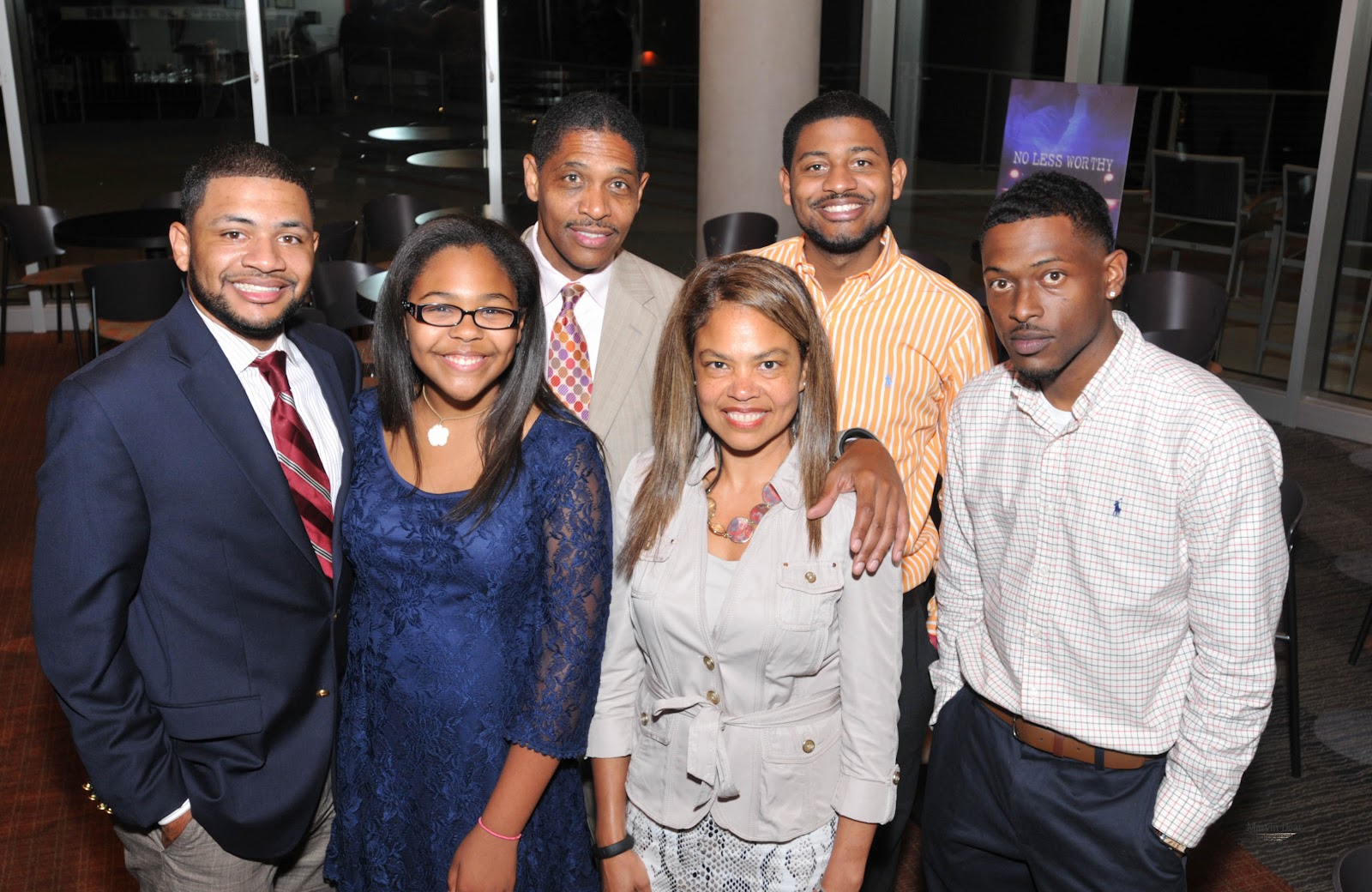 “My father was very intentional about letting my siblings and me follow the passions and desires of our own hearts. He would often say ‘Find your passion, work hard and the success will follow,’” he says.

“My father was the first Black pharmacist at St. Jude and first Black male city attorney for Memphis. He often attributes his barrier-breaking career to the Black professionals who came before him, many of whom were not given the opportunity to achieve upward mobility because of the color of their skin,” Emmanuel continues. 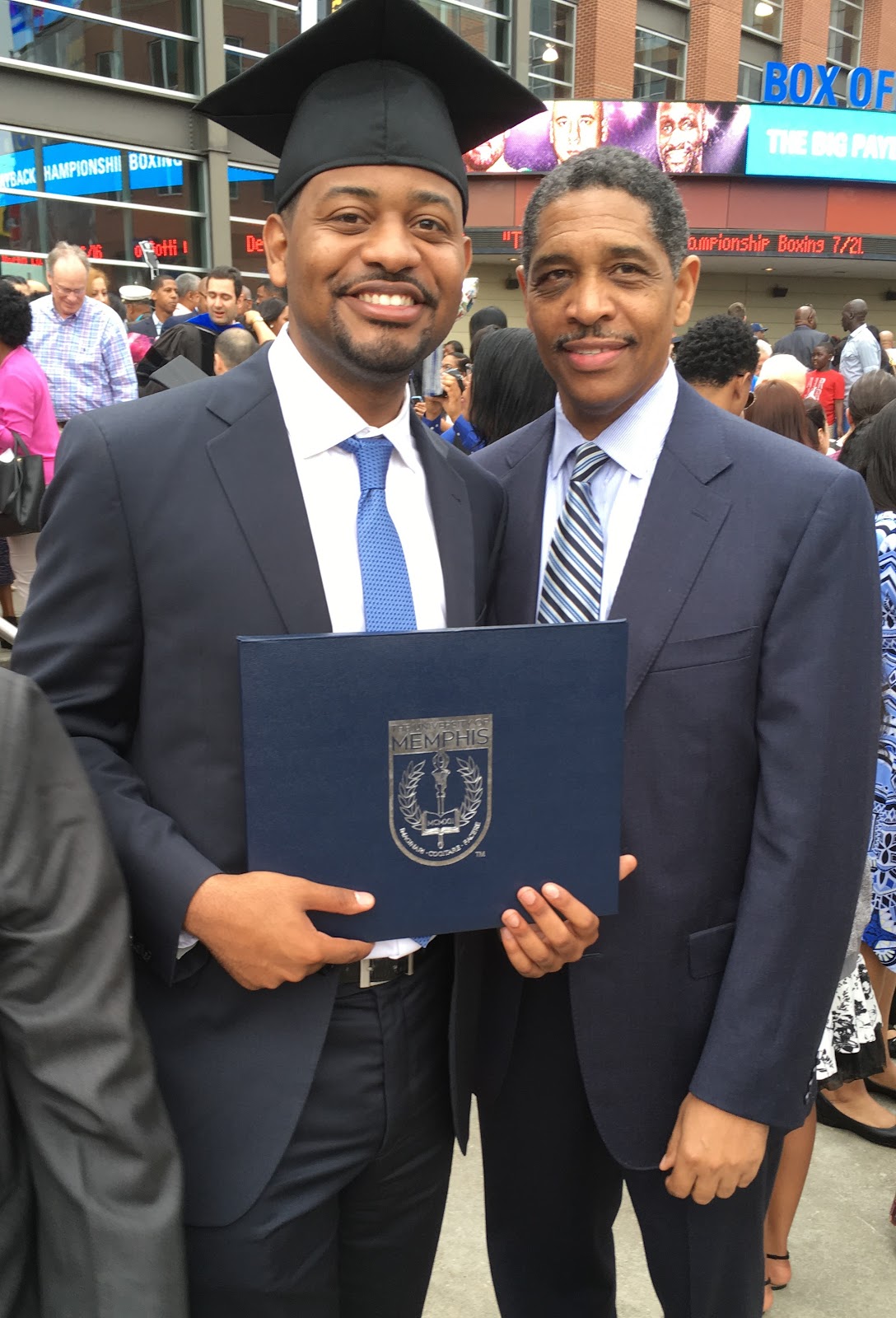 Emmanuel was encouraged by his father’s success and believed he could one day do the same.

“Seeing my father breaking barriers taught me at an early age that I could accomplish anything I wanted to if I worked hard and was intentional about how best to use my skills and passion. As a Black man, it was encouraging to see my father lead with excellence and a staunch work ethic in order to open doors for other talented Black professionals to pursue their dreams,” he explains.

Building a legacy of his own

After graduating from Xavier University, an HBCU in New Orleans, Emmanuel returned to Memphis with a renewed sense of purpose to drive philanthropy. After working in the nonprofit sector and raising funds for local organizations, he was persuaded to join the St. Jude mission.

“In 2017, I joined ALSAC’s Prospect Development team, which conducts research on prospective donors and connects them with our relational fundraisers throughout the nation,” Emmanuel says. He recently started a new role as a development advisor in the relational division. In this capacity, he’s responsible for managing a portfolio of high-value donors in the Mid-South through cultivation and stewardship strategies to increase engagement and revenue.

Since joining ALSAC, Emmanuel has hit the ground running.

“I was the first Black employee hired on my team at ALSAC. In a field that lacks diversity, I would like to break barriers as the first Black man to lead a major development division at ALSAC/St. Jude Children’s Research Hospital,” he says.

Living with purpose: Why diversity in healthcare matters

Not seeing many faces that looked like his has been a driving force in Emmanuel’s commitment to supporting communities of color through his work. He recalls spending a week leading a youth group, after which a Black student shared some emotional gratitude.

“He approached me and said, ‘Thank you for being here. I’ve never had positive Black men role models in my life, and you have shown me what is possible for those who look like us,’” says Emmanuel.

The experience moved him.

“I decided then and there I wanted to dedicate my career to working on behalf of others,” he says.

Since joining the team, his proudest moments have been tied to raising funding and awareness within the Black community.

“In August, I helped launch ALSAC’s inaugural Black Philanthropy Month webinar activation. This groundbreaking webinar acknowledged the long-standing history of philanthropy in the Black community and celebrated their contributions to the founding and sustaining of the St. Jude mission: Finding cures. Saving children,” he says.

Understanding the importance of awareness — especially regarding mental health — within the Black community, Emmanuel is energized about initiatives and events designed to deepen the organization’s imprint on Black individuals.

“I hold a master’s of public health from the University of Memphis. In my studies, I’ve learned about the health disparities in the Black community and the lack of Black men working in healthcare and public health. While African Americans compose about 13 percent of the population, only 4 percent of physicians are Black, according to data from 2020. It’s important for Black men to work in these fields because it increases representation and cultural competency among healthcare professionals.”

How St. Jude empowers the community

“Danny Thomas opened the doors at St. Jude in 1962. This pivotal moment provided new opportunities for Black patients to seek care and for Black medical professionals to pursue careers in pediatric healthcare, much like my father,” Emmanuel says.

He recognizes the significant role that St. Jude has played in the community.

“Sickle cell disease disproportionately affects African Americans, and I love the fact that we freely share our medical advancements with medical institutions across the world, thus helping many African Americans impacted by this disease. Raising funds and awareness on behalf of St. Jude also means advancing equity in care for all families impacted by pediatric cancer and other life-threatening diseases,” he says. 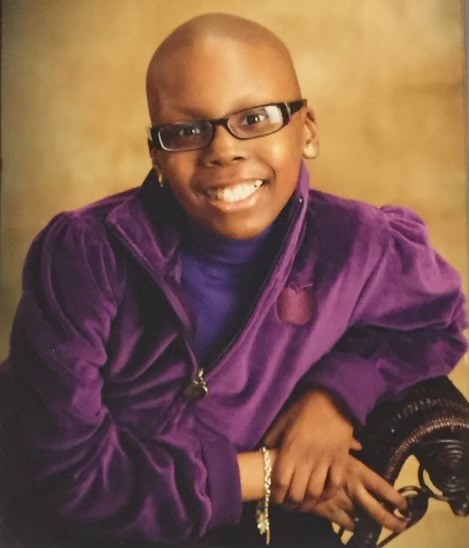 This is something that hits close to home for Emmanuel.

“My cousin was a St. Jude patient, and I saw firsthand the world-class care she received from the hospital. My cousin was nine when she was treated in 2009 for rhabdomyosarcoma, a type of soft-tissue cancer. She returns each year to the hospital that saved her life, now as a participant in the St. Jude LIFE Study,” he says.

With so much left on his growing to-do list when it comes to spearheading meaningful change, Emmanuel looks forward to his future at ALSAC/St. Jude. He hopes to create “a legacy of service to mankind” in the same way his father did and Thomas did when he founded the hospital.

For those looking to create their own paths, Emmanuel advises, “Never be afraid to take on a problem that feels insurmountable.”

In fact, that piece of advice could have originated with the founder of St. Jude himself. When Thomas envisioned the concept of St. Jude Children’s Research Hospital, he was told it couldn’t be done, that it was impossible. Undaunted, Thomas persisted, and St. Jude became not only an innovative research hospital fighting pediatric illness and treating children around the world but also a global beacon of equality and inclusion.

Read more about the Spence family at St. Jude Inspire. For more information on St. Jude and its transformative research, visit here.

This editorial is brought to you in partnership with ALSAC/St. Jude Children’s Research Hospital.