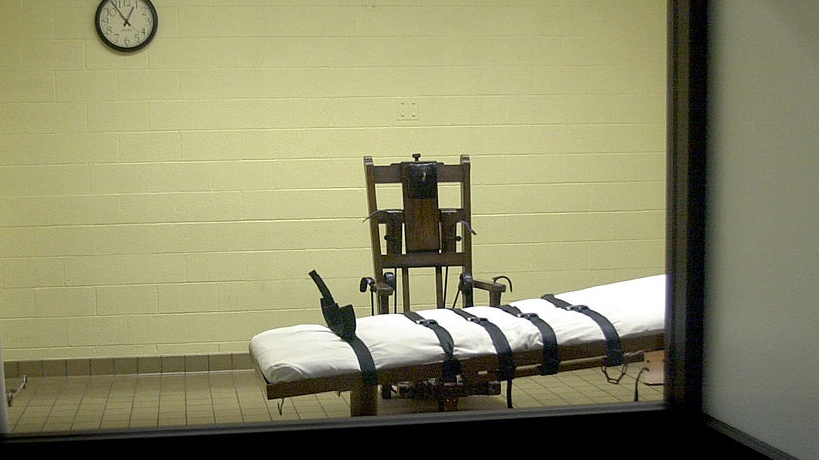 Lawyers for Rodney Reed, a Black man accused of killing a white woman, introduced new forensic evidence during an evidentiary hearing in Texas this week that could prove his innocence.

Reed was convicted and sentenced to death row in 1998 for the abduction, rape and killing of Stacey Stites in 1996. The 19-year-old was killed just days before her wedding date.

He was arrested and charged for her death after her body was found on a highway in Bastrop County, Texas and authorities found Reed’s DNA on Stites’ body, KVUE reported.

Reed maintains his innocence and says that he and Stites were having a consensual affair.

On Monday, Judge J.D. Langley heard witness testimony in Reed’s evidentiary hearing. The defense called witnesses to the stand in order to prove Reed’s innocence and that the state used false evidence and withheld information in order to convict him.

Reed’s lawyers say that he did not kill Stites, but instead, Jimmy Fennell, Stites’ fiancé, is the one responsible for her death. Attorneys say forensic evidence proves that Stites died earlier than previously thought and that Reed couldn’t possibly be the killer, KXAN-TV reported.

Pathologist Dr. Andrew Baker took to the stand, confirming Stites died earlier than what the state previously argued and that she was with Fennell at the time of her death.

Former Bastrop County Sheriff’s Office jailer and reserve officer Wayne Fletched gave testimony and said that during a barbecue that took place prior to Stites’ death, Fennell used a racial slur to describe Reed when he found out that he and his fiancé were having an affair.

Insurance agent Ruby Volek was the final witness to take the stand on Monday. She said Fennell had Stites fill out a life insurance policy and she overheard him say to his fiancé “If I ever catch you messing around on me, I will kill you.”

Reed’s case gained national attention in Nov. 2019, just days before he was scheduled to be executed for Stites’ death. More than two million people signed a petition asking that he receive clemency. In order to stop his execution, high-profile figures like Oprah, Kim Kardashian West, Rihanna, Beyonce and many others spoke on his behalf. Reed eventually received a stay of execution, as Blavity previously
reported.

The Court of Criminal Appeals then sent Reed’s case to the trial court to figure out if the state either hid evidence that could’ve cleared him of any wrongdoing, proven his innocence or if the state presented false testimony.

“Only thing that can stand in our way is corruption, because if the truth be told, my brother is coming home,” Roderick said.

Rodney’s appeal hearing is expected to last for two weeks.