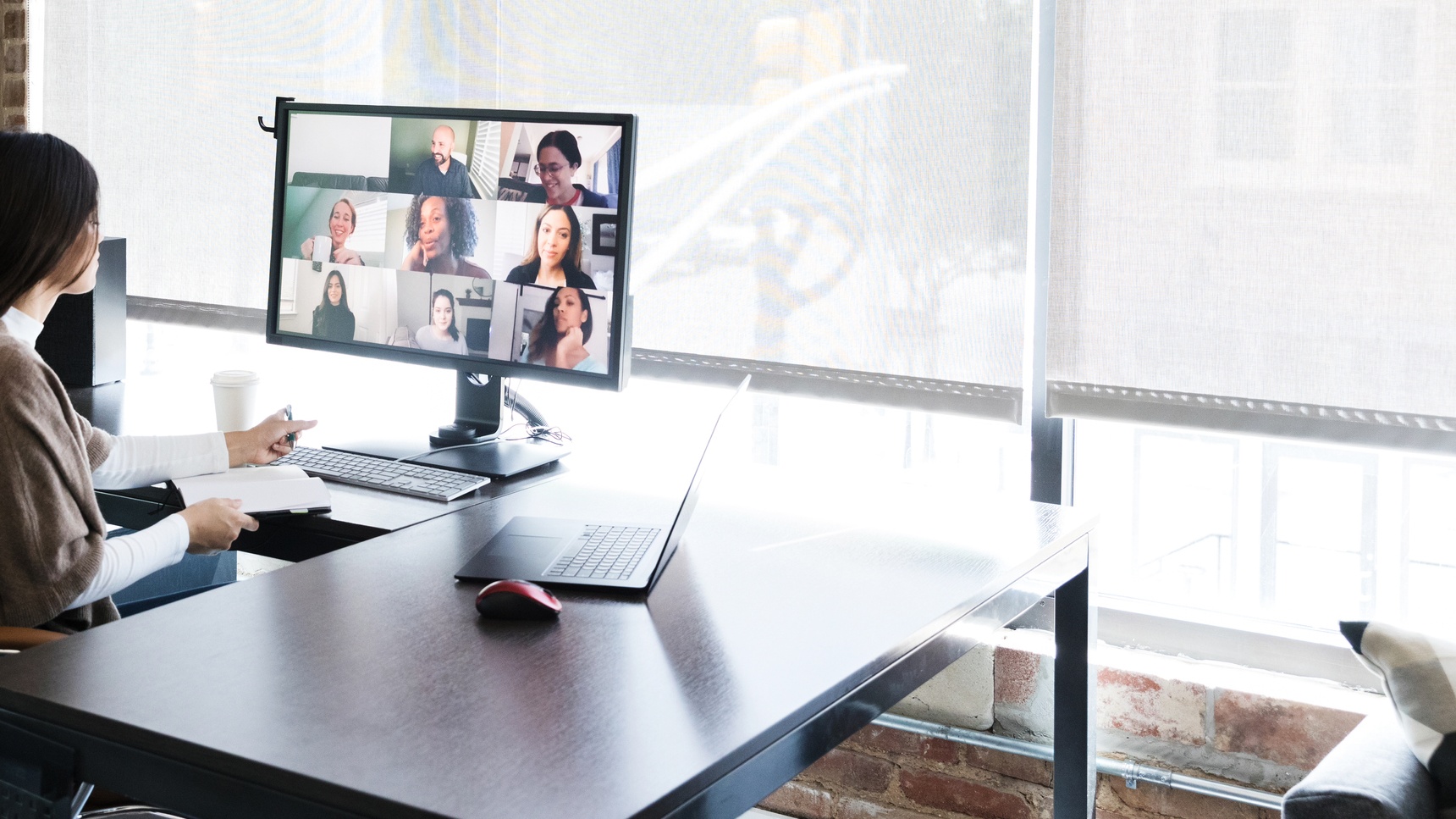 Nancy Navarro, a Latina lawmaker who was speaking about racial inequities during a virtual meeting in Maryland on Tuesday, is outraged after two attendees mocked her accent during the discussion.

The man and woman, who didn’t realize that they were unmuted during the Zoom meeting, can be faintly heard in the background of the video laughing and making fun of the Montgomery County councilmember, CNN reported.

“I love how her accent comes out and pronounces words that she thinks that they’re pronounced,” said a woman, referring to how Navarro says the words “represent” and “hologram.”

The man responding to the woman said “I heard ‘hologram,’ and I was like, ‘That’s kinda interesting.'”

“So cute,” the woman replied while mocking the council member who was speaking about how the county’s coronavirus vaccine rollout had failed people of color.

Navarro didn’t realize what happened until after the meeting when her colleagues told her about the comments that had been made.

“This sort of commentary is completely inappropriate and uncalled for,” the Venezuelan immigrant said in a statement after the incident. “It is a loud commentary on the toxicity and culture of disrespect directed at leaders and community members of color.”

The two attendees have not been identified by name. However, council spokesperson Sonya Healy said the man was a trainee with Montgomery Community Media, an organization that runs the council’s virtual meetings. The woman is described as an employee of the Montgomery County Council.

Responding to the incident in a statement, the council vowed to recommit itself to educating the workforce and “fostering a culture that is absolutely respectful, free of bigotry and reflective of Montgomery County’s values.”

“The Montgomery County Council stands in solidarity with Councilmember Nancy Navarro after a troubling and unacceptable incident occurred during Tuesday’s televised Council session, in which concerning background audio was heard on the broadcast,” the members stated. “The entire Council is committed to racial equity and safe workplaces. Furthermore, our community expects that our Council and its employees and contractors are held to the highest standard.”

The Montgomery Community Media described the mockery as a microaggression.

“The behavior of the male MCM trainee involved is completely unacceptable and not reflective of our culture,” the organization stated. “We are appropriately disgusted and disappointed.”

Navarro, who was born in Venezuela, came to the U.S. when she was 10 years old and eventually moved back to her native country. She then returned to America at the age of 17. The councilmember and her husband have lived in Montgomery County since the early ’90s.

Navarro, who became the council’s first Latina member when she was elected in 2009, has focused her career on racial equity and social justice. The latest incident has only heightened her concern about racial inequity.

“If this is how they’re talking about this elected official, then what does that mean in terms of how this impacts government service delivery to a community like this one?” she said.

In an interview with FOX 5, the lawmaker said she’s not “there to be cute” in seeming response to the woman who said the lawmaker was “so cute.”

“I’m there as a policymaker,” Navarro said. “I’m the first immigrant to ever be elected to the Montgomery County Council, the first Latina and only woman.”

The longtime Montgomery County resident doesn’t want people to undermine the implications behind the incident.

“For some people, they may just brush it off and say it was an affectionate way of referring to somebody’s accent or something like that, but that is what leads to an environment where issues of discrimination, you know, inequities, disparities, etc., become amplified,” she said.

The county’s human resources office is now investigating the matter.