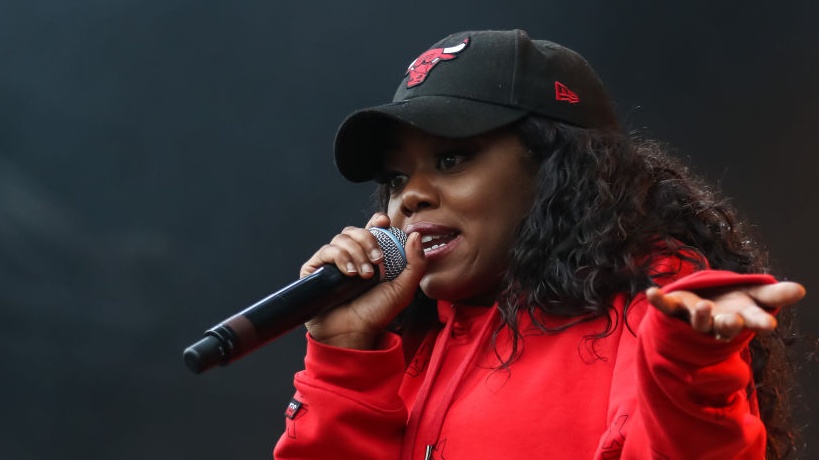 British rapper Lady Leshurr said that she walked away from a “massive” deal when Atlantic Records asked her to write a diss track aimed at rap star Nicki Minaj.

Appearing on Angela Scanlon’s Thanks A Million podcast, Leshurr claimed that she was offered “hundreds of thousands of dollars” in a deal that would require her to diss Minaj on a record. She refused and walked away from what she called the largest amount of money she’d ever seen in her life.

“The first offer, massive, incredible amounts of money. I’ve never seen money like that, £250,000,” Leshurr said. “Offered a record label deal with Atlantic who just kept trying to persuade me to do a diss track to Nicki Minaj. I didn’t know Nicki Minaj then like personally, we never spoke or anything like that. I knew of her come up, I’ve seen her journey, and I just thought she was amazing.”

Leshurr rose to popularity in 2016 with her Queen’s Speech series of freestyle raps. That same year, she began racking up numerous industry-related awards and accolades. In 2019, she was invited to perform on Minaj’s The Nicki Wrld Tour in Birmingham and Manchester, England. She has often cited the rap icon as one of her industry influences. At the point in which Leshurr began her climb to success, Minaj had been prominent in rap for more than a decade.

“I’ve never been the type of person to pull another female down that’s doing their thing. Just randomly. That to me is just so cringy,” Leshurr said. “It turns my stomach thinking about it, ’cause some people do, do that. Back then, there wasn’t a word for it, but the word right now is ‘clout.'” I just like to be in my own zone, in my own lane, minding my own business and doing what makes me happy, never trying to pull people down in the process. I felt it in my belly that time and I just knew this is not the right idea. Turned it down.”

Women rappers have traditionally been pitted against one another in the music industry. During a conversation with Mariah Carey for Interview magazine, Cardi B revealed that the age-old tradition is ever-present.

The trend has occurred throughout generations of women rappers, like Lil’ Kim and Foxy Brown, Remy Ma and Nicki Minaj and the infamous run of Roxanne Shanté vs. everyone. This was especially highlighted in Shanté’s 2018 Netflix biopic that showed her rise to hip-hop acclaim via diss records aimed at everyone in the industry, especially her female peers.

“It’s just the way it’s been structured for women in hip-hop,” Shanté said.

Latifah, who has been known to uplift women throughout her career, spoke on the matter during a 2015 HuffPost Live interview.

“I chose to kind of take the route of uplifting women by trying to make some records that had some positive thoughts in it,” Latifah said. “There are ways to make records that appeal to the masses but still have a message that leaves something with you. I just want to encourage those up-and-coming rappers to — number one, write hot records, but write hot records talking about the things that you feel.”

For Leshurr, forging a solid path as a woman in the rap game is “all about integrity.”

“Don’t just take things because it looks good right now,” Leshurr said. “What is it gonna look like in five years to come? Ten years to come? I felt specific deals that was offered to me, they would have fizzled out within two years.”