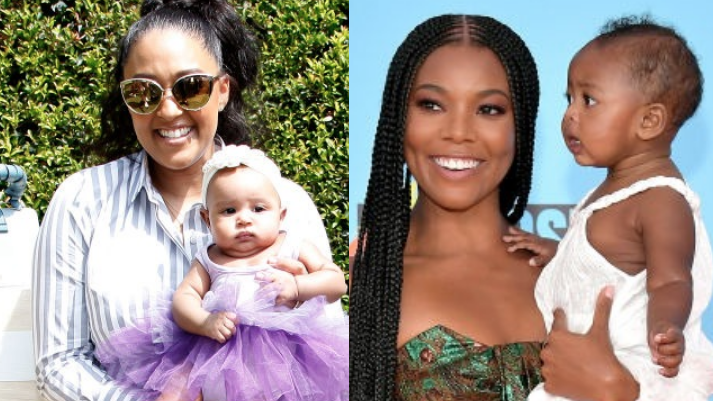 Mowry, 42, posted a modified version of the video with Saweetie’s “Best Friends” song playing as they shared a hug. She also thanked the Union ladies for showing them an “epic” time.

“@kaaviajames and #cairo had an epic #playdate for the books! Thanks @gabunion for making #cairos day!” she wrote.

Fans of the actresses wrote they’ve been waiting for the “shady babies” to link up and expected nothing less than the explosion of cuteness as a result of the playdate. One fan expressed that there should be more displays of Black friendship like the girls displayed.

“Ah, I love it!! Create those friendship circles early🙌😍,” they wrote.

This spring, Union and her husband Dwyane Wade are releasing a children’s book inspired by their daughter Kaavia, as Blavity previously reported.

“Kaavia James has an opinion and soon she will share it with the world,” the 48-year-old actress wrote. “Dwyane Wade and I are so excited to announce Shady Baby, our picture book which teaches kids to use their moral compass and inner strength to choose kindness and compassion and to stick up for themselves and others.”

Previously, Union authored the children’s book Welcome to the Party but Shady Baby will be the first book the couple has authored collectively for their younger fans.

The plot of the upcoming book is centered on a young girl who encounters bullies when she goes to the park. After confronting her bullies in her unique way, she receives support and encouragement from her peers.

“We hope to give the word ‘shady’ a more positive association and use it to represent one’s moral compass to do the right thing and stand up for themselves and others,” the couple said, whose book is scheduled to release on May 18. “It’s important that little Black girls and boys get to see themselves in these fairy tales and for children of other races to see us in leadership roles.”

Union said the 2-year-old diva gained her attitude from her mother.

“She looks just like dad, but I’d like to think the attitude is from me,” the actress said. “She will stare into your soul and tell you about yourself through her eyes.”