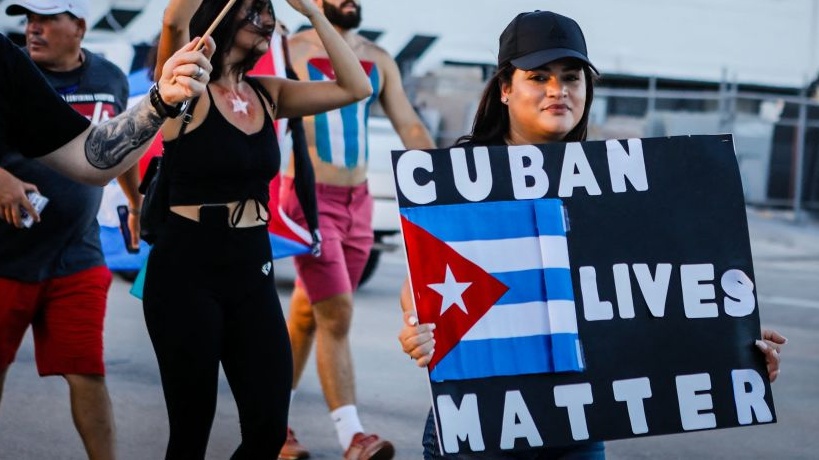 While BLM vows to advocate for Afro Cubans, the country has battled with police brutality against Black and brown people, too.

In June 2020, just weeks after the killing of George Floyd on U.S. soil, 27-year-old Hansel Hernandez was shot and killed by police in Cuba, Reuters reported. Hernandez was accused of vandalizing and was chased down by the police.

Protesters said local authorities staked out their homes, preventing them from demonstrating against the police killing of Hernandez. Additionally, protesters said state telecoms monopoly ETECSA cut off their mobile service.

According to Reuters, protests against the country are rare due to Communist authorities and are tightly controlled by law enforcement. However, critics said the government have been lackadaisical in condemning police brutality.

Now, the protests which started on Sunday in San Antonio de los Baños, have spread to 40 additional cities including Havana as President Díaz-Canel has shut down communication as well as internet services across the island.

According to BBC News, the protests have become the biggest anti-government demonstrations the island has seen in 30 years.