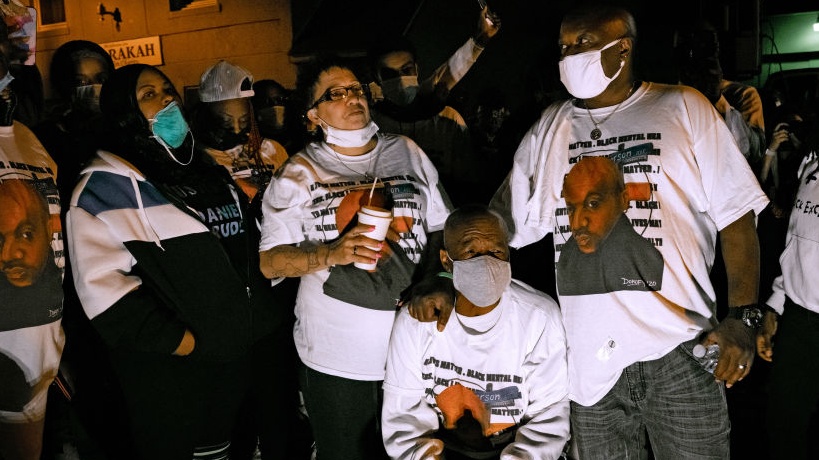 The Rochester police officers who suffocated 41-year-old Daniel Prude last year by placing a hood over his head and pressing it down until he was unresponsive will not be charged in his death.

On Tuesday, a grand jury met to evaluate the case and determined not to bring an indictment against the seven officers, according to the New York Times. In announcing the decision, New York Attorney General Letitia James expressed frustration with the justice system for perpetuating the devaluation of Black life.

“We sought a different outcome than the one the grand jury handed us today,” she said at Aenon Mission Baptist Church in Rochester, New York, this week.“The criminal justice system has demonstrated an unwillingness to hold law enforcement officers accountable in the unjustified killing of unarmed African Americans.”

The state of the criminal justice system has deteriorated and is “badly in need of reform,” James, whose office led the prosecution and enlisted the members of the grand jury, said.

“While I know that the Prude family, the Rochester community, and communities across the country will rightfully be devastated and disappointed, we have to respect this decision,” James said in a press release, according to HuffPost. “Serious reform is needed, not only at the Rochester Police Department, but to our criminal justice system as a whole.”

As Blavity previously reported, Prude was experiencing what his family says was a mental episode when they called the police expecting to get assistance last March. When police arrived, they found Prude naked in the street.

With tasers pointed at him, the man approached them with his hands behind his back. They then tackled him to the ground and placed a mesh hood over his head as precaution against COVID-19, police said.

For months, activists and community organizers argued that Rochester police tried to cover up Prude’s death. According to the New York Times, public documents show that the Rochester Police Department worked to conceal details of the case.

In his autopsy, traces of PCP was found in the man’s body, which police have presented as a reason why they labeled his death a fatal drug overdose. However, the medical examiner determined that the cause of Prude’s death was asphyxiation.

Earlier this month, Warren introduced a proposal for sweeping changes to police policy, according to ABC 13 WHAM.

“This work is important to me, it is personal to me and I want to get it right for all of the citizens out there,” she said during a virtual presentation.

James shared that her office would also pursue reform efforts to address barriers to “holding officers accountable who use deadly force without justification,” especially in terms of when use of force is necessary,  the New York Times reports.

“The cornerstone of this effort is to amend the use-of-force law from one of subjective, simple necessity to one of absolute last-resort,” James said. “Our goal is to preserve lives.”

Despite the increased awareness on police reform efforts, members of the local community were outraged. On social media this week, people posted plans to protest the decision to remove the charges from the officers.

The police accountablilty board said it will hold the department to it’s promise that it will have a “new approach” to dealing with protests. It will look into whether the police respond accordingly at any subsequent protests.