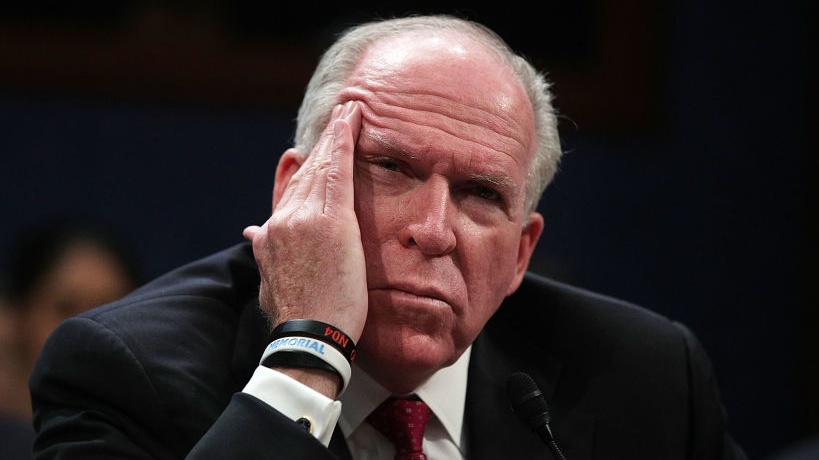 In one of the oddest moments of 2021 thus far, former CIA Director John Brennan expressed his frustration with the system of privilege that has benefited white men like him for generations.

While discussing the Capitol Building riot in January on MSNBC, Brennan said on Monday that the recent actions of his peers have made it embarrassing to be a white man.

“I’m increasingly embarrassed to be a white male these days, when I see what my other white males [are] saying,” he admitted to host Nicolle Wallace.

The comment was made during a conversation about last month’s Conservative Political Action Conference (CPAC), the January insurgence and former President Donald Trump’s role in both. Brennan shared that with the exception of a few people, he feels many Republicans will continue to try to misguide the country with deception and misinformation.

“It just shows that with very few exceptions, like Mitt Romney, Liz Cheney, Adam Kinzinger, there are so few Republicans in Congress who value truth, honesty, and integrity,” he said. “And so, they’ll continue to gaslight the country the way that Donald Trump did.”

At the CPAC, Trump spoke in public for the first time since leaving office and hinted that he might run again in 2024. The former president was greeted by his supporters with a standing ovation as he declared that “our movement” is just beginning, the New York Post reports.

“I may even decide to beat them for a third time,” Trump, who has never won the popular vote, said. “With your help, we will take back the House. We will win the Senate. And then a Republican president will make a triumphant return to the White House.”

His most crowd-pleasing moment came when he reiterated his illogical belief that the election was stolen from him as he continued to receive approval from supporters each time he hinted at a future run for office.

According to the New York Post, former Democratic Sen. Claire McCaskill brought to light that Rep. Jim Jordan, a Republican, accused House Speaker Nancy Pelosi at the CPAC of rejecting a request to have the National Guard prepared prior to the riot on the Capitol.

“I have never seen so many whiny white men calling themselves victims as I saw over the weekend at CPAC. These are all people that think they have a huge grievance from a position of significant privilege,” she said.

Brennan, who came under fire for defending torture during interrogations, has been critical of President Joe Biden.

In February, he slammed Biden for not banning Saudi Crown Prince Mohammed bin Salman from the country after U.S. intelligence determined the prince “approved an operation in Istanbul, Turkey, to capture or kill” journalist Jamal Khashoggi. He said that the president should be able to tell the difference between the actions of one man and a partnership between two countries, according to the New York Post.