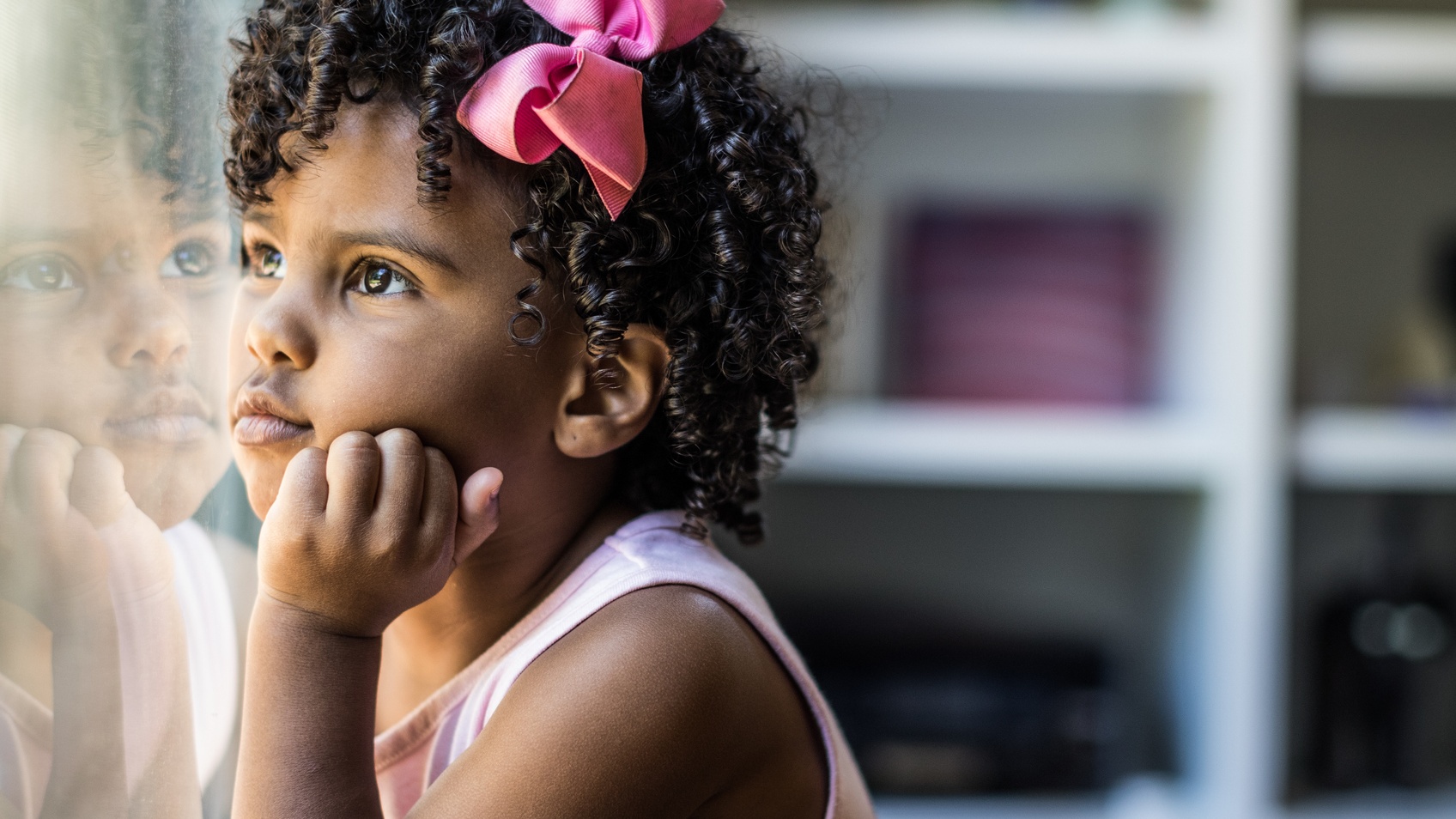 The father of a biracial 7-year-old girl is outraged after a librarian at Ganiard Elementary School in Mount Pleasant, Michigan cut his child’s hair.

Jimmy Hoffmeyer saw the unwarranted new look on March 26 when his daughter Jurnee came home from school with her hair cut within inches of her scalp, The Black Wall Street Times reported.

The incident happened two days after Jurnee’s classmate had cut her long curly hair on one side as she was heading home on the bus. Hoffmeyer took his daughter to the salon after the bus incident and allowed her to choose a new look.

“I know how today’s society is,” the father said. “I wasn’t going to let my little girl go to school with half of her hair cut off.”

Hoffmeyer was even more outraged when a similar incident happened again a couple of days later.

“I don’t think there are words to express how I felt in that moment,” he said.

As he saw his daughter crying when she came home, the furious father first suspected that another student had once again cut his child’s hair. But Jurnee said it was a librarian that did it this time.

“I couldn’t believe it,” Hoffmeyer said. “I jumped in the car to go to the school, but realized it was spring break. I couldn’t get ahold of anyone, so I called the cops.”

The school’s secretary later told the parent that she was in “utter disbelief,” but the principal wouldn’t be available to talk to the father until after spring break, a week later.

Hoffmeyer demanded consequences when he was finally able to talk with Ganiard Principal Marcy Stout.

“She apologized and said she didn’t know why they would do that,” he said. “I asked what was going to be done about it and she said they would probably get a mark in their progress folder or something. And that any further actions would need to go through the superintendent. So, I told her I want the superintendent to call me.”

However, the discussion with superintendent Jennifer Verleger didn’t make the situation any better.

“The superintendent called and sounded very insincere and short,” Hoffmeyer said. “She asked if it would make us feel better if she had the teachers send ‘I’m sorry’ cards in the mail.”

As the father considered pulling his daughter out of the school, the principal tried to convince the family to stay, offering to follow the child around campus to make sure nothing happens to her.

“How is the solution to punish my kid?” Hoffmeyer asked.

The enraged parent added that the school has refused to let him see footage from the bus incident, telling him there is nothing to see. As he continues to demand clarity, Hoffmeyer has been proudly sharing photos of his daughter on social media.

I know alot of yall want to kno more but this is all I can say at the moment but will update when I can…just want to keep ppl aware in the mean time.

The family is now getting help from the National Parents Union, which is seeking a civil rights attorney to handle the case.

“No child should have to experience this type of humiliating ordeal because of their hair texture, style, or type! The adults entrusted with her learning crossed the line, didn’t protect her, and had no desire to be accountable for their actions,” the NPU stated.

Although the father did not say if he believed the incident was racially motivated, the organization is demanding for Michigan lawmakers to enact the CROWN Act. As Blavity previously reported, Senator Cory Booker announced the CROWN Act in 2019 to ban discrimination based on hair texture and hairstyles. The bill first passed in California, then New York.

Citing one of the high-profile cases of discrimination in recent years, Booker talked about Andrew Johnson, a young man who was forced to cut his locs before a wrestling match in New Jersey in 2018.

Last month, a Black mother in Chicago demanded change after her 4-year-old son’s hair was regarded as a dress code violation. Ida Nelson said the private school, Providence St. Mel, deemed the style unacceptable because her son had his hair in braids.

“I said, ‘We still have policies related to Black hair in 2021, as an all-Black school? I’m really shocked about that,'” the mother said. “We have progressed, we have so much more information. I thought surely this school would understand the trauma associated with policing Black hair and absolutely not have a policy like that.”

Jurnee, who has now moved to a new school, is struggling to cope with the incident.

“We’ve had to take her to the doctor because she hasn’t been eating. She’s having trouble sleeping now and always wants to be with us. All of this because her hair didn’t look how they thought it should, wasn’t done to their standards,” Hoffmeyer said. “If you look at pictures of her before this happened, you can just see her spark and her energy. Now it’s like it’s just gone.”