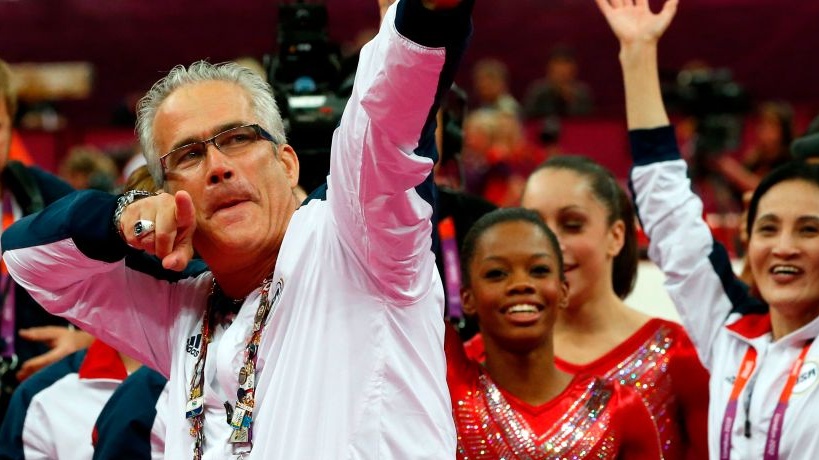 Former Olympics gymnastics coach John Geddert died by suicide after Michigan state officials brought charges against him for human trafficking and sexual assault in relation to the Larry Nassar scandal.

Police officials said Geddert’s body was discovered by Michigan State Police troopers on Thursday afternoon at a rest area near Interstate 96 in Clinton County, according to the Detroit News. The 63-year-old, who coached the gold medal-winning 2012 U.S. women’s gymnastics team, had told police that he would turn himself in around 2 p.m. to the Eaton County Sheriff Department.

“My office has been notified that the body of John Geddert was found late this afternoon after taking his own life,” Attorney General Dana Nessel said in a release. “This is a tragic end to a tragic story for everyone involved.”

Michigan State Police will lead the ongoing investigation, but no further details were released as of Thursday evening, the Detroit News reported.

Of the 24 charges brought against Geddert, 20 of the counts were related to human trafficking of a minor, and included charges of first-degree and second-degree criminal sexual assault, racketeering and lying to a peace officer, according to Michigan court filings.

Geddert once coached and operated as the owner at Twistars gymnastics club in Dimondale, Michigan. Women associated with the program have come out and accused convicted sex offender Nassar of sexually assaulting them and said that Geddert was aware of the abuse that was happening in the back rooms of the location.

In 2018, Nassar was convicted of sexually assaulting over 150 girls and young women, and a majority of his victims were gymnasts he treated as a Michigan State University sports medicine doctor, Michigan Live reported. He was sentenced to 40 to 175 years in prison on seven charges of criminal sexual abuse and a minimum of 60 years in federal prison for possessing thousands of child pornographic images.

Earlier this month, Nassar’s legal team asked the Michigan Supreme Court to hear his appeal for resentencing, citing the bias Judge Rosemarie Aquilina expressed in assigning his punishment. Despite his allegation, the Supreme Court has yet to determine if they will hear Nassar’s appeal, per MLive.

The Detroit News reported that Geddert was the fourth person indicted on charges related to the Nassar scandal. However, police said only an accusation of lying to law enforcement officials in September 2016 links Geddert to Nassar.

Geddert’s 2016 interview with the police occurred nearly two weeks after lawyer and former gymnast Rachael Denhollander became the first woman to publicly come forward about Nassar’s sexual abuse. Police said he lied about Nassar’s role in the program, also saying he never heard any complaints about sexual abuse, and denying that athletes were receiving intravaginal treatments at his club, according to USA Today.

In January 2018, USA Gymnastics officials suspended Geddert due to backlash from his association with the Nassar scandal and the former coach relinquished ownership of the gymnastics club to his wife.

Nessel said authorities first began investigating Geddert after Nassar was jailed in the winter of 2018, according to the Detroit News. The investigation into Geddert has produced charges that involve nearly 50 victims, Nessel revealed.

“These allegations focus on multiple acts of verbal, physical and sexual abuse perpetrated by the defendant against multiple victims,” Nessel said. “I am grateful for these survivors coming forward to cooperate with our investigation and for bravely sharing their stories.”

From 2008 to 2018, he committed crimes against minors and women of his own volition, Nessel said. The two sexual assault charges against him are suspected to have transpired in January 2012 and allegedly involved a victim between the ages of 13 and 16.

“Geddert’s abuse, like so much, was never a secret. EVER,” Denhollander tweeted Thursday. “In my memoir I wrote about knowing of it even as a club level gymnast in 2000. Because we have to grapple with the reality that it was known, and no one stopped him. It was known, and he was promoted and given more power.”