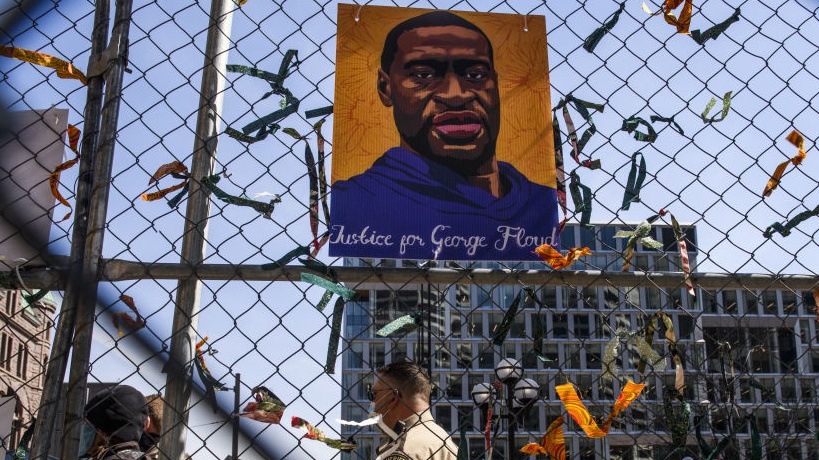 Derek Chauvin, the former Minneapolis police officer who is on trial for the death of George Floyd, invoked the Fifth amendment on Thursday and will not testify.

Whether or not the 45-year-old would take the stand has been a major point of speculation before and during the trial.

“I will invoke my Fifth Amendment privilege today,” Chauvin said during a conversation with defense attorney Eric Nelson, according to The Hill.

In an exchange with Judge Peter Cahill, Chauvin said his decision was not coerced — he had previously been indecisive on the matter.

Despite the former police officer’s refusal to testify, a resounding list of witnesses have tearfully taken the stand, including 19-year-old Christopher Martin, the cashier who accepted the counterfeit $20 bill Floyd used to purchase a pack of cigarettes. The remorseful Cup Foods store clerk believed the killing could have been “avoided” if he accepted the bill.

Forensic pathologist Derek Fowler testified in Chauvin’s defense, saying that Floyd died of “sudden cardiac arrhythmia” due to underlying heart disease. The notion contradicts the testimony of Dr. Jonathan Rich, a Northwestern Memorial Hospital cardiologist who rejected that assumption and asserted that Floyd had an “exceptionally strong heart.”

“Every indicator is that Mr. Floyd had an exceptionally strong heart,” the heart expert corroborated, according to HuffPost. “I can state with a high degree of medical certainty that George Floyd did not die form a primary cardiac event, and he did not die form a drug overdose.”

According to CNBC, the defense rested its case Thursday after presenting only two days of testimony as opposed to the prosecution, who put forth two weeks and called 38 witnesses to the stand, including Floyds brother, Philonise Floyd.

“I miss both of them,” he said, emotionally recalling the unique bond between Floyd and his mother. “Every mother loves all of her kids, but it was so unique how they were with each other.”

Chauvin faces charges of second-degree unintentional murder, third-degree murder and second-degree manslaughter in Floyd’s death, The New York Times reports. The most serious charge against the former officer, second-degree murder, carries up to 40 years in prison if convicted, though state guidelines call for around 12, according to ABC News.

Forbes reported that a verdict in the 19-year police veteran’s trial is expected next week after Judge Cahill commenced the jury’s deliberation on Monday.