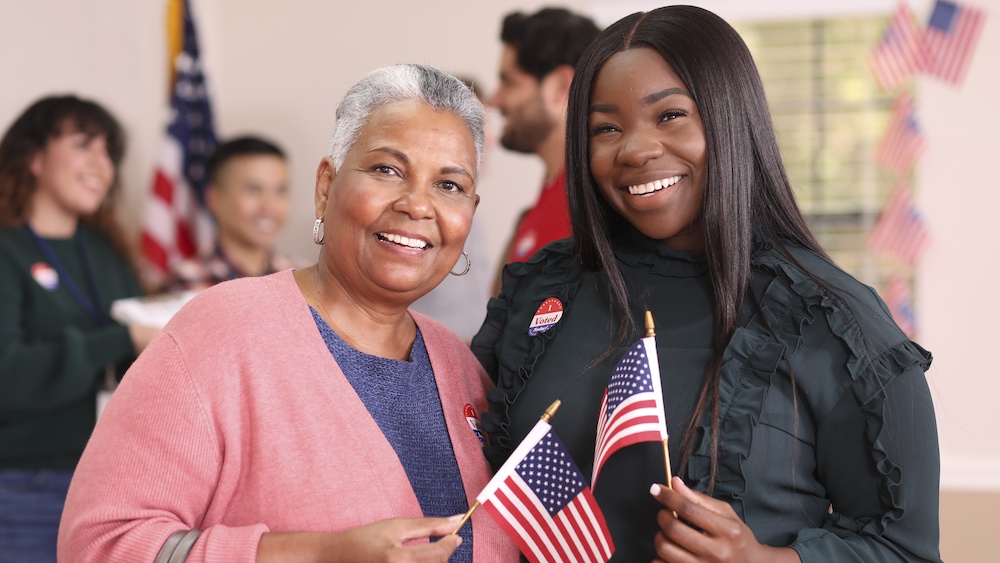 The day after Election Day, I firmly believe that Black women across the country took a collective sigh of relief. After all, we did it. We saved our democracy — again.

Only this time, it was different. Despite a global pandemic that exposed the profound health disparities in our communities, we persisted and fought to ensure access to the ballot. When our beloved sister Breonna Taylor was killed, we remained in radical pursuit of justice and accountability on her behalf.

Black women continue to meet the moment and yet, our legacies remain under attack. The truth is, 2020 was painful, and personally, I cried on Wednesday, November 4, 2020.

The 2020 election cycle was years’ worth of strategic planning and organizing, especially amongst Black women organizers. From coast to coast, organizations such as the Black Women’s Roundtable served as the epicenter for thought leadership and collaboration.

During the Tennessee primaries, Charlane Oliver, co-founder of the Equity Alliance, dually led election protection programming and rebuilding efforts while the governor refused to extend the voting period in severely impacted areas. Similarly in Alabama, Jessica Fortune Barker, founder of Vision Movement, trained and recruited hundreds of poll monitors after reports of long lines and poll closures. Alabama remains one of the few states which doesn’t have early voting options.

In Georgia, Ria Thompson-Washington, senior manager of the Voting Rights Team at the Center for Popular Democracy, created the Voter Guardian Program, an initiative that trained volunteers to de-escalate tensions at the polls after the growing concerns around voter safety. In our nation’s capital, Marcia Johnson Blanco, co-director of the Voting Rights Project at the Lawyers’ Committee for Civil Rights Under Law, led the 866-OUR-VOTE Election Protection hotline, the nation’s largest voter protection hotline, that assisted nearly 200,000 voters during the election season. Johnson-Blanco also has convened the Election Protection coalition for 20 years and counting, and the coalition has grown to nearly 300 organizations in 30 states.

Black women’s unwavering dedication to protecting voters also translated into feeding voters while they waited in line, knocking on doors and phone banking, and even Cha-cha sliding to Queen Beyoncé’s “Before I Let Go,” to boost voters’ morale and keep them in line.

But, just as hard as we worked to get out the vote, anti-voter politicians are working to erase our determination from the history books and silence our voices, with an avalanche of new voter suppression bills.

To see this, no one needs to look farther than Georgia, where the state legislature is directly attacking Black women, and creating draconian barriers to the ballot box. In February, the Georgia General Assembly passed H.B. 162 — a piece of legislation that will remove Helen Butler, a Black woman, voting rights icon and director of the Georgia Coalition for the People’s Agenda from the Morgan County Election Board. The bill will replace the volunteer, bi-partisan board with handpicked members by the county’s mostly Republican County Commission.

For more than a decade, Butler has worked across the state of Georgia to protect the rights of voters, especially those who know the sting of voter suppression most intimately. Her removal is unprecedented, and as a fearless leader and voting rights activist, her absence calls into question the future of voters’ confidence in the county’s election administration.

Beyond representation, Georgia voters will face greater challenges. On Thursday, March 25, Governor Brian Kemp signed a 100-page omnibus bill that will create innumerable barriers to the ballot box and have a damaging impact on Georgia voters. The anti-voter legislation will terminate no-excuse absentee voting, limit ballot drop boxes and reduce early voting hours. In its initial draft, the legislation threatened to end early voting on Sundays, which is precisely when Black women have organized “Souls to the Polls” to get out the vote after church. Fortunately, it did not make it into the omnibus bill after pushback from faith leaders and community organizers.

These sickening bills are a harrowing reminder that Black women and our communities continue to be the casualties of every political shift, every amendment change, and every success or failure promised. And yet, like Rep. Park Cannon, Black women show up in defense of our democracy. And despite the painful history, we still insist on equality for all. Even in cuffs, in our own state legislatures, in our own workplaces.

During times like today, I think about my maternal and paternal grandmothers, Manda Louise Crum and Jessie Mae Eady, who escaped the Jim Crow South in search of better opportunities; two women who hadn’t yet had the language or education to fully understand their own political agency. But, Black women organizers showed up for them in sisterhood and gave them the tools and resources to successfully cast their first votes in the 1972 presidential election. Well into their womanhood with children of their own were my grandmothers able to vote. That fact, alone, is the reason why I’m unapologetic in calling on all allies who said they’ll show up for Black women. The time has come for you to save our democracy. Yes, you.

Black women have written the playbook to save our democracy. Call up your legislators, deploy your friends, hold town halls to update community members. More importantly, support the work of Black women and gender-expansive folx by funding our work and ideas.

Lastly, let us reflect on the words of voting rights activist, Fannie Lou Hamer: “Nobody’s free until everyone is free.”

Armani Eady is from Harlem, New York, and serves as a voting rights organizer with the Lawyers’ Committee for Civil Rights Under Law.